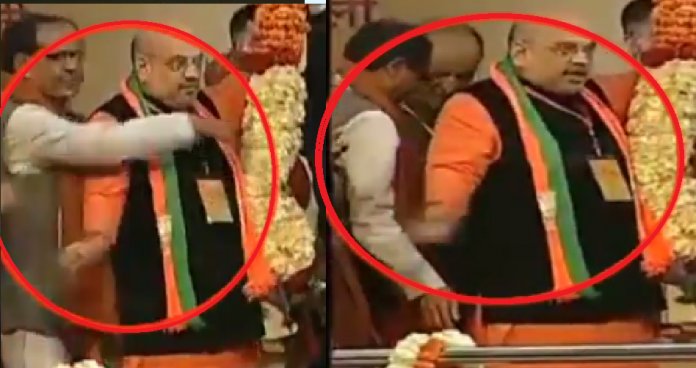 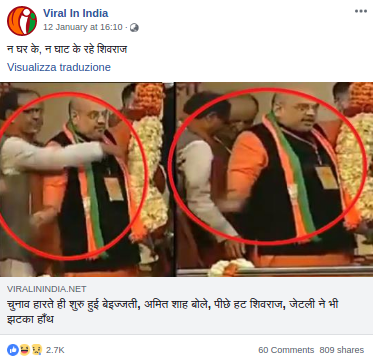 Another newspaper clipping of "Good Evening" is being circulated on social media. The report says that the incident happened during the BJP National Convention in Delhi. 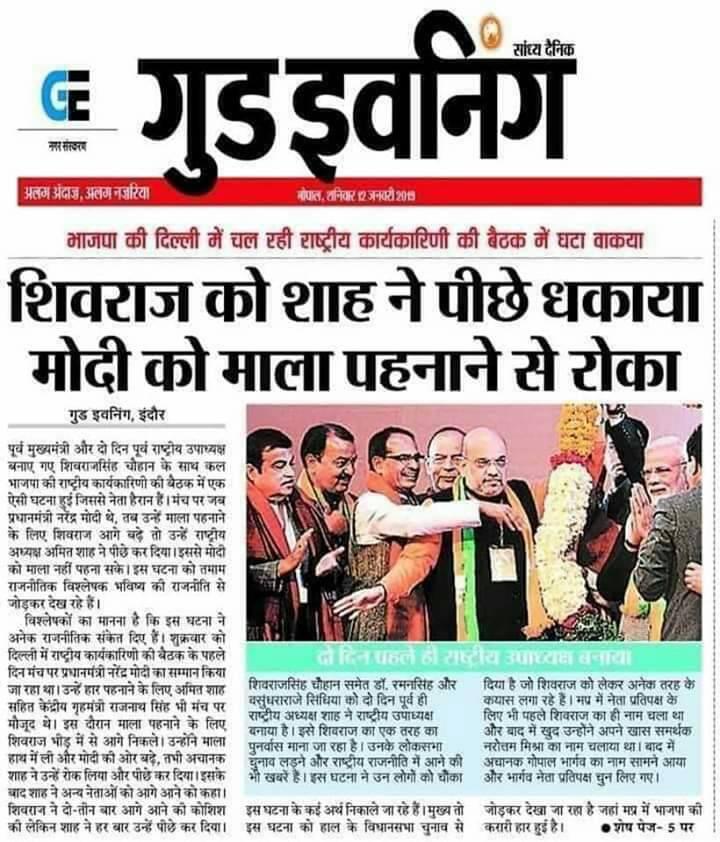 The BJP National Convention was held on January 11 and 12, 2019. We watched the full video of the event uploaded by the official channel of BJP on Youtube.

In the video, at 20:43 we can see in the video that when the prime minister is being garlanded by Amit Shah and others, Shivraj Singh Chouhan comes from behind and tries to hold the garland. At this moment Amit Shah signals someone standing in front of the PM to move aside.

We can see Arun Jaitley asking Shivraj Singh Chauhan to simply stand instead of trying to reach out to the garland. 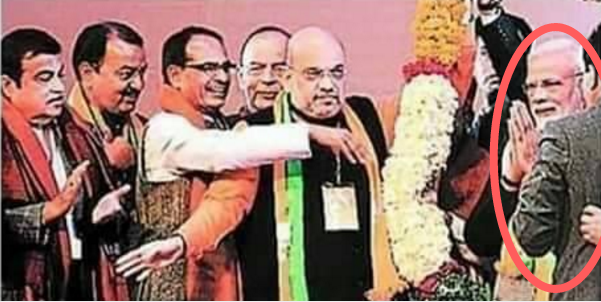 No, Amit Shah didn't stop Shivraj Singh Chauhan from garlanding PM Modi. He was, in fact, signalling a man standing in front of PM Modi to move aside.