Gautam Gambhir hired a duplicate to stand and campaign for him? No, the man is his manager Gaurav Arora

A member of the AAP National Social Media Team Kapil (@kapsology) tweeted a picture to claim that BJP candidate Gautam Gambhir has hired a duplicate to stand and campaign for him in the heat of Delhi.

Here is the picture tweeted by him. 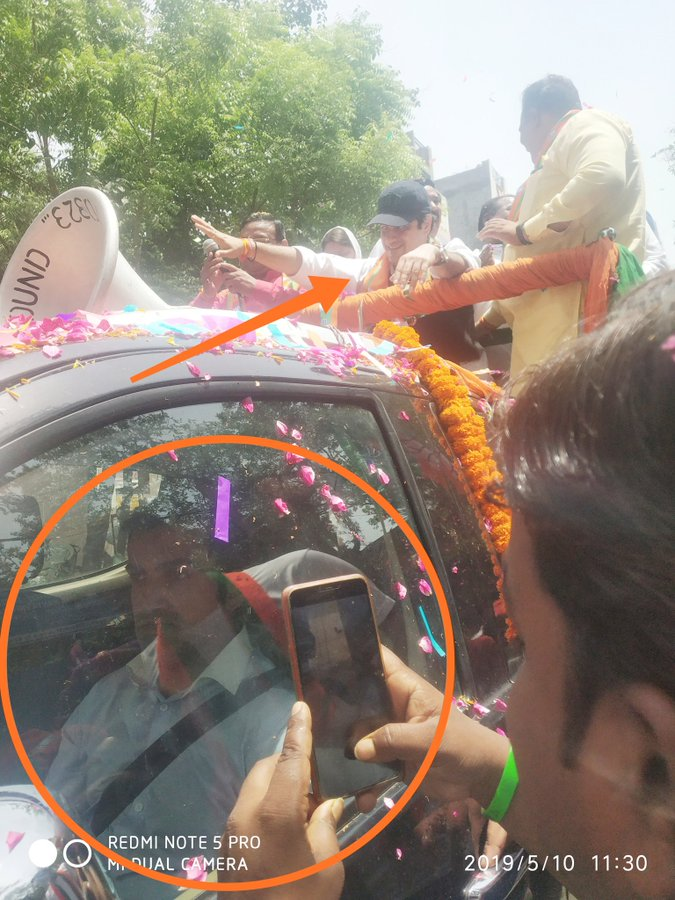 In the same thread, he asked why there are two Gambhir.

Chowkidar @GautamGambhir hired a 'duplicate' to stand for him in the heat and campaign for him!

Delhi waale bhakts be like "Hamare do-do baap..
can anyone answer me what the hell is happening? Why there are two Gambhirs??

The same picture was shared by the President CITU Punjab Vijay K Misra. Incidentally, the caption used by Kapil and Misra is exactly the same. 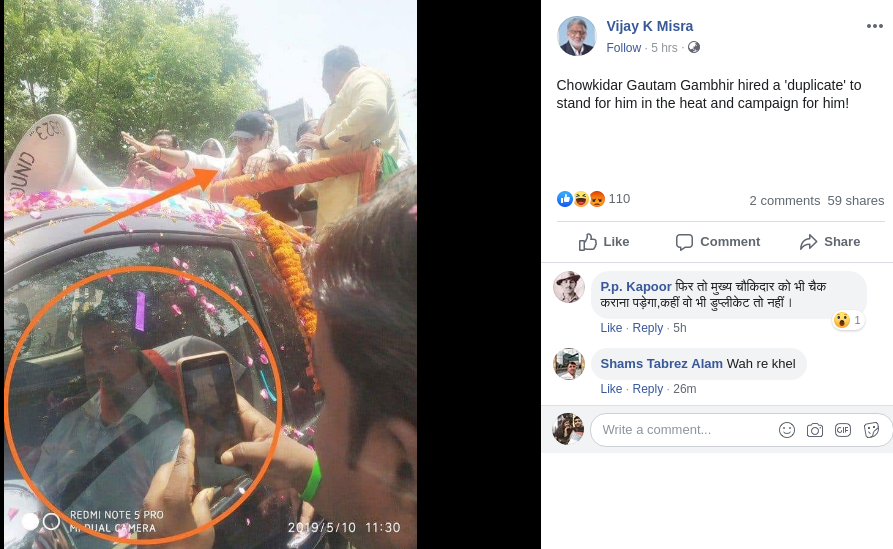 Abhishar Sharma also jumped in and took a dig at Gautam Gambhir. 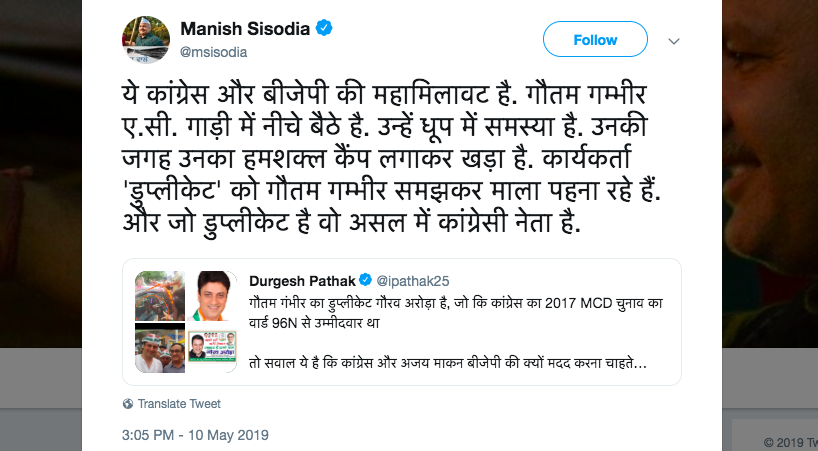 The Wire's journalist Rohini Singh tweeted "This is incredible. He can’t debate, he can’t campaign in the heat and needs a duplicate to do that, then why is he even contesting an election?" 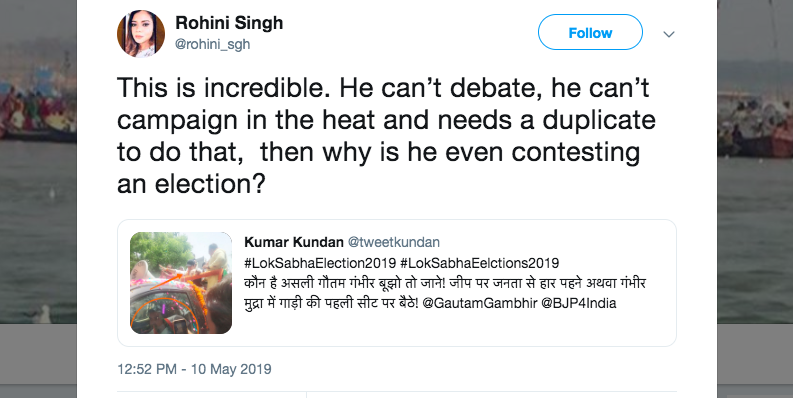 We zoomed the image and found that the man wearing a cap is not Gautam Gambhir but his manager Gaurav Arora. Here is the comparison:

Gaurav Arora confirmed to us that it was indeed him who was campaigning. Since Arora is a local leader he interacted with the crowd as well.

Durgesh Pathak who is associated with Aam Aadmi Party claimed that Gaurav Arora had contested the Municipal Corporation of Delhi (MCD) elections in 2017, from North Delhi for the Indian National Congress (INC) party.

We verified it on MyNeta.info and found the claim to be true. We were able to access his affidavit as well.

It is not clear why Gautam Gambhir was sitting inside the car instead of campaigning himself, We have reached out to his manager for his comment on this incident and will update when we get a reply.

No, Gautam Gambhir didn't hire his duplicate who can stand and campaign for him. In the viral picture, Gautam Gambhir can be seen sitting in the car while his manager Gaurav Arora was campaigning.