Mamata Goons killing BJP booth leader from Malda: No, the viral video is of a family fight in Bihar 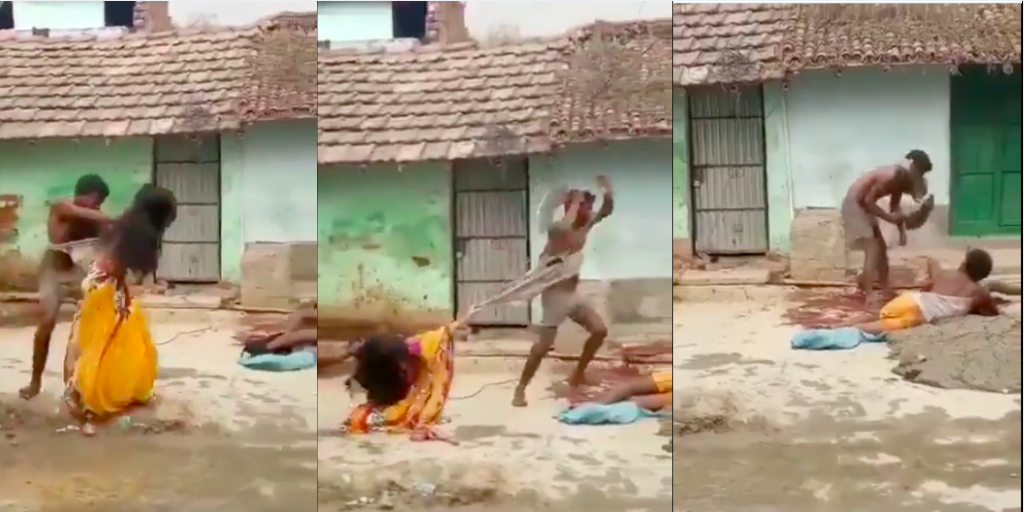 A Twitter user Ajay Singh has shared a video to claim that goons of Mamta Banerjee's goons are killing BJP booth leader publicly to threaten BJP leaders and voters.

SHOCKing .. Mamata Goons killing BJP booth leader from Malda/Chanchal publicly in camera to threaten BJP leaders and voters. This is what Mamata says "Poribortan". Kill anyone who oppose her. 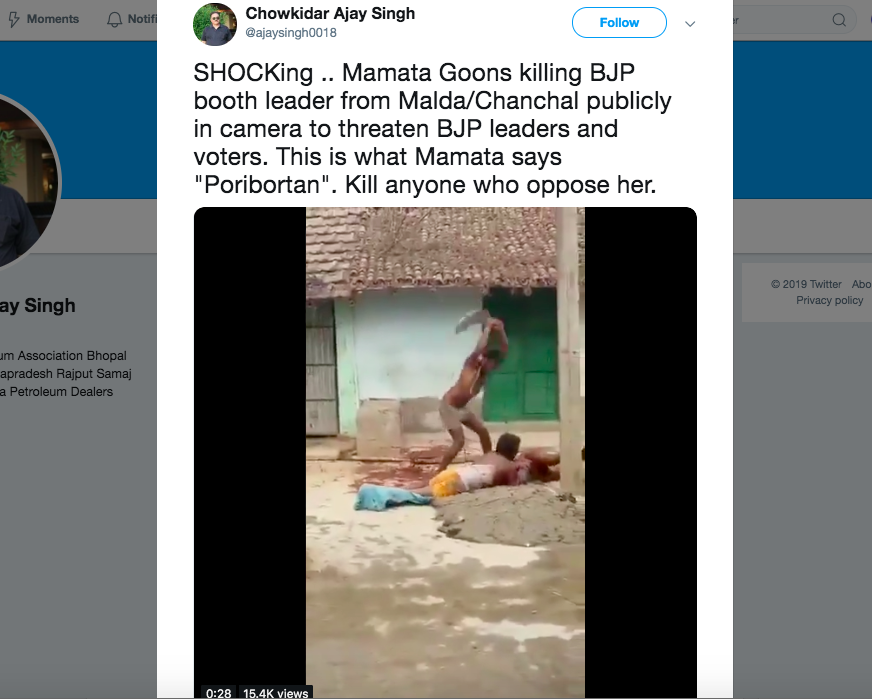 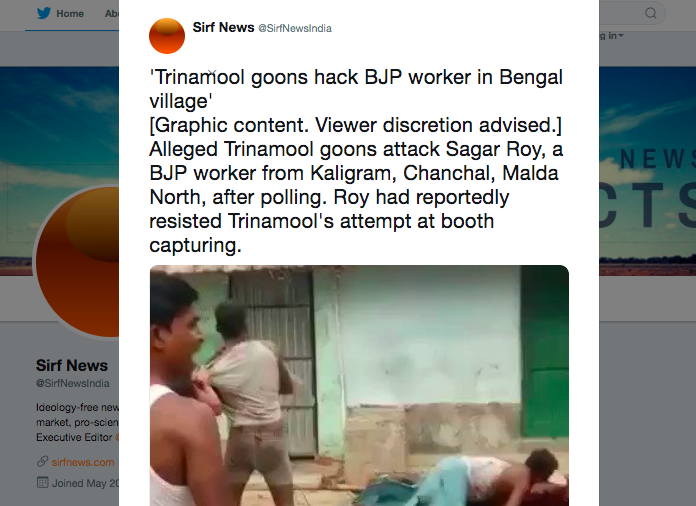 The video has been widely shared on Twitter with a similar claim. You can see all such tweets here.

We used the invid chrome extension to extract key frames of the video and did a reverse image search on Google and Yandex. We found that one of the frames of the video has been used by Hindi daily Prabhat Khabar to report a family fight in Bhagalpur, Bihar.

As per the report, a father along with his younger son killed his elder son during a family fight in Bhagalpur district of Bihar. According to the father, the victim was a drunkard who used to come home drunk and fight with mother-father and his younger brother.

However, according to the victim's wife, the father didn't give him his shares of land which was the reason for the regular fight in the family.

Since one of the frames of the video matches with the image of this report, it is most likely that the video is from this incident unless Prabhat Khabar has not used it for the representational purpose which is anyway not mentioned in the report.

The viral video is not from West Bengal but from Bhagalpur, Bihar which was recorded during a family fight. The video is being shared with a false claim that TMC goons were caught killing BJP booth leader in Malda.