Fact Check: Prime Minister Scholarship Scheme of Rs 3000 per month is not limited to daughters of Muslim policeman 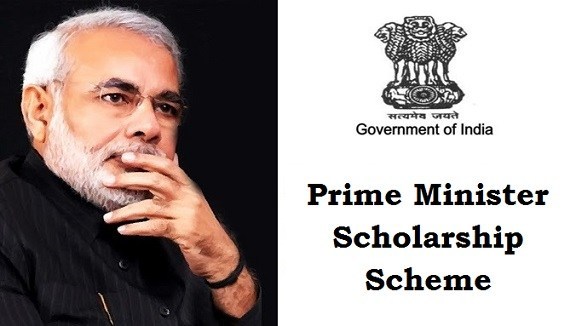 The claim that the ‘Prime Minister’s Scholarship Scheme’ of Rs 3000 under the National Defence Fund are only given to the daughters of Muslim policeman is false. The scheme is for all policemen.

In line with the Prime Minister’s vision for India’s safety, security and the well-being of those who protect the nation, the very first decision of the   Prime Minister Shri Narendra Modi on assuming his office is approval to a major change in the ‘Prime Minister’s Scholarship Scheme’ under the National Defence Fund (NDF).  After that, the fake news is getting viral on social media with a claim that a scholarship of Rs 3000 per month is only given to daughters of the Muslim policeman.

A Historian & Social activist professor Hari Om tweeted, "Dear Hindus, How could @BJP4India discriminate between daughters of Muslim and Hindu policemen? Rs 3000 per month to every daughter of Muslim policeman and not a single penny to a daughter of a Hindu policeman. Bharat, Hindus want to know". 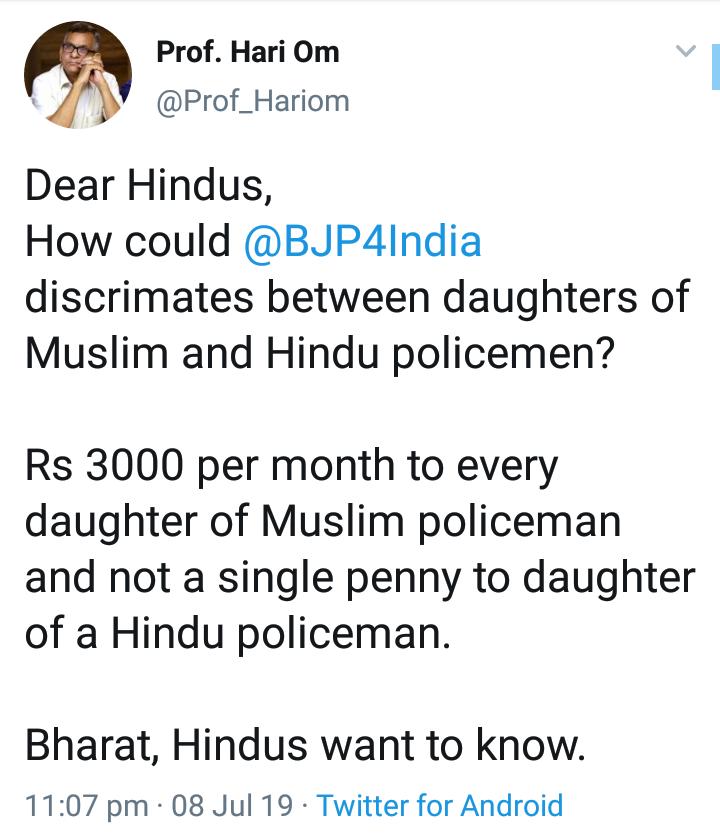 Not Limited to the daughters of Muslim Policemen

We found a report of India Today in which Prime Minister Narendra Modi government enhanced the amount to be paid as part of 'Prime Minister’s Scholarship Scheme' under the National Defence Fund. Currently, the fund is being used for the welfare of the members of the Armed Forces, Para Military forces and Railway Protection Force, and their dependents.

The government has changed the rates of scholarship. The rates are now Rs 2,500 per month for boys and Rs 3,000 for girls. It was Rs 2,000 for boys and Rs 2,250 for girls earlier. The ambit of the Scholarship Scheme has been extended to the wards of State Police officials who are or were martyred during terror or Naxal attacks. The quota of new scholarships for the wards of state police officials will be 500 in a year. The Ministry of Home Affairs will be the nodal Ministry in this regard.

PM Narendra Modi had also tweeted about it. "Our government's first decision dedicated to those who protect India! Major changes approved in PM's Scholarship Scheme under the National Defence Fund including enhanced scholarships forwards of police personnel martyred in terror or Maoist attacks," 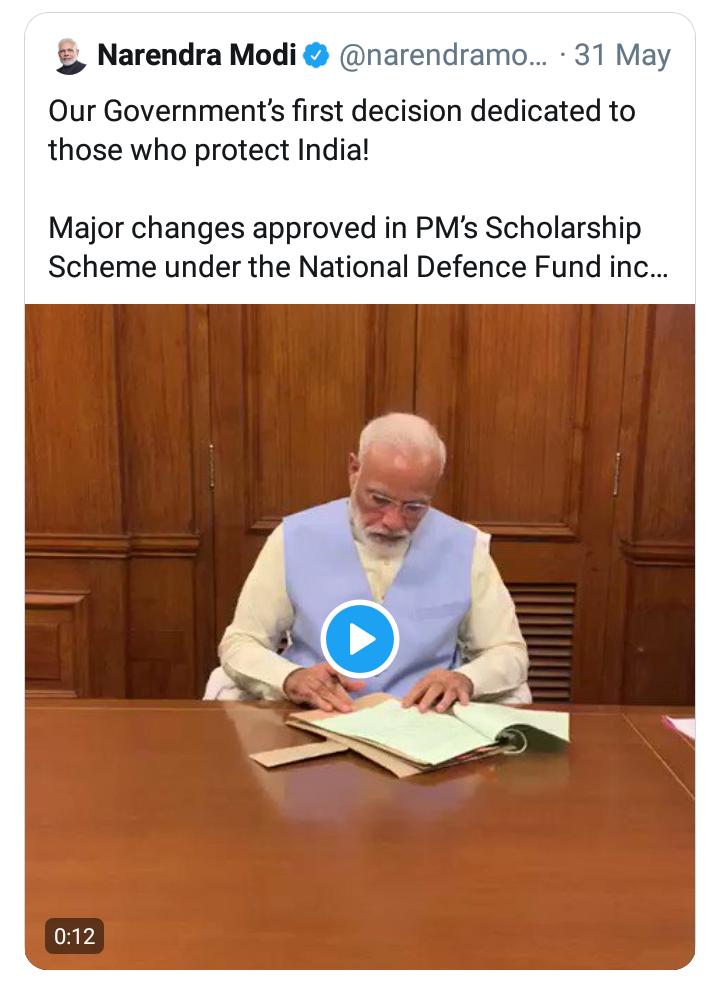 The National Defence Fund (NDF) was set up in 1962 to take charge of the voluntary donations in cash and kind received for promotion of the national defense effort, and to decide on their utilisation. 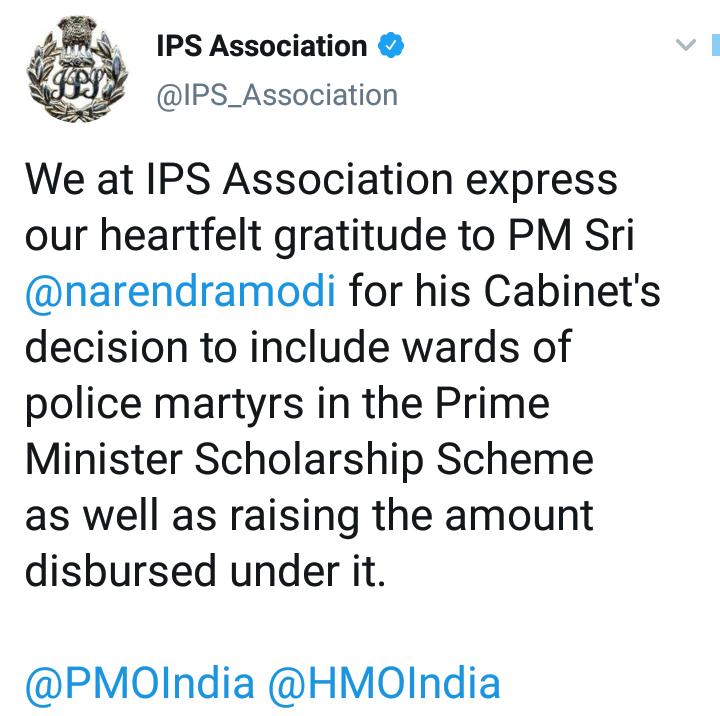 In the scheme, nowhere it is mentioned that Scholarship will be given only to the daughter of Muslim policeman.

The scholarship to minorities has been a hot topic of discussion ever since Mukhtar Abbas Naqvi, the Minority Affairs Minister announced 5 crore scholarships to the students of the minority community with special attention to girls students.

Earlier also, we had debunked misinformation around the scholarship to the minority students. You can read our report here:

Fact Check : Verifying claims about the PM scholarship scheme for the minority community

We had also published an article to verify how PM scholarship scheme has been more beneficial for the students of minority communities.

National Scholarship schemes Majorly for Hindus : No, it is more beneficial for Minorities.