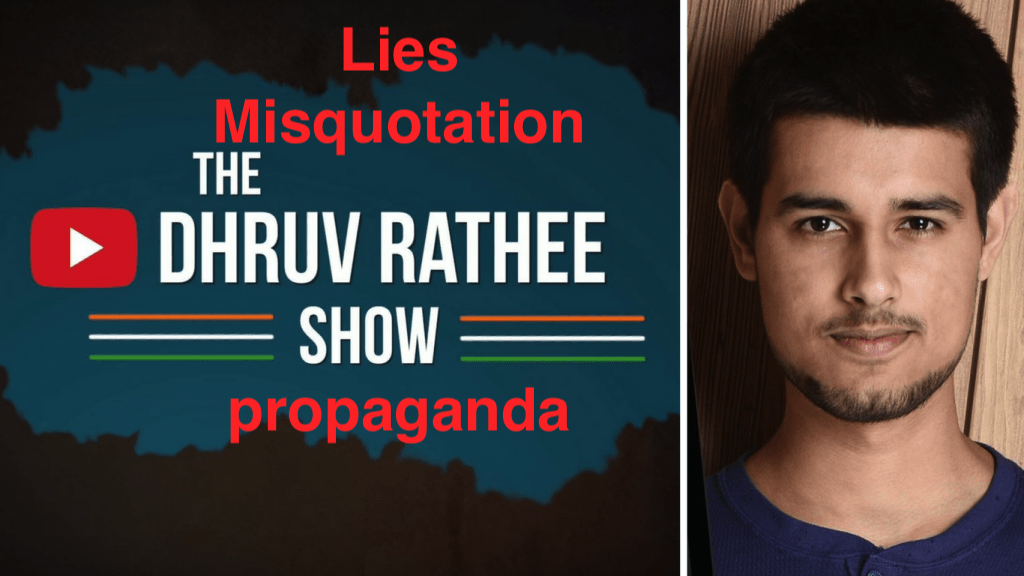 Dhruv Rathee's videos are full of lies and misquotation. He does cherry-picking of facts and data to prove his own narratives. In this post, we have done a fact check of his video in which he has accused the Prime Minister of lying on the eve of independence day.

In our previous article of this series, we had proven how Dhruv Rathee is a relentless purveyor of misinformation.

This is the final part of this series in which we will do fact-checking of one of his videos to prove how his videos are full of lies and misquotations.

Last year he had uploaded a video on Youtube to tell his viewers that PM Modi lied in his Independence day speech.

The Prime Minister mentioned in his Independence Day speech that an additional 56 lakh people filed Personal Income Tax Returns from 1st April to 5th August 2017. Last year for the same period, the figure was 22 lakh. Dhruv Rathee showed this portion of PM Modi's speech in the video and claimed that Modi Jee is saying 56 lakhs new tax-payers were added after demonetization.

This is misquotation because PM Modi had clearly said that 56 lakhs new taxpayers were added between 1st April 2017- 5th Aug 2017. I am really surprised how this guy can miss such a point.

The data given by Economic Advisor is based on the data for the period of 9th November to 31st March of 2016-17 and corresponding periods of last two financial years. Moreover, the growth in the number of taxpayers discussed in the Economic Survey is based on the number of new taxpayers assuming the previous year’s growth rate as the reference growth rate. On the other hand, the growth of Individual return-filers referred to in PM’s speech is with respect to new as well as old taxpayers. Thus, the data used in the Economic Survey is different from data referred to in PM’s speech in respect of the period of filing as well as the type of taxpayers and the two are not comparable.

The reply to Unstarred Question No. 2017 in Rajya Sabha on 01.08.2017 mentioned that during 09.11.2016 to 31.03.2017 the number of ITRs filed was 1.96 crore as against 1.63 crores filed during the corresponding period of last financial year (2015-16). Therefore, a number of additional returns filed during this period work out to be 33 lakh. However, this data cannot be compared with the other data mentioned above. The data referred to in Economic Survey is with regard to new taxpayers or first-time return filers only whereas the data provided in the Rajya Sabha Question was in respect of all returns filed.

The finance ministry had issued a clarification on 18th Aug 2017. You can read it here.

Hence, the claim of Dhruv Rathee is completely false. We understand that he uploaded the video on 17th and the clarification came on 18th Aug 2017. But even after clarification, he has not taken his video down. Forget about taking the video down, he hasn't even issued an apology.

He further claimed that if we search on google, we can find fact-checked articles which will show that Modi had lied at least 7-8 times. Well, we searched for it and the result was quite opposite. Here is a fact check of PM Modi's speech by Fact Checker.

Dhruv Rathee claimed that PM Modi had increased the data of electrification of villages by 5%. But as per Fact Checker, Modi's claim was true. 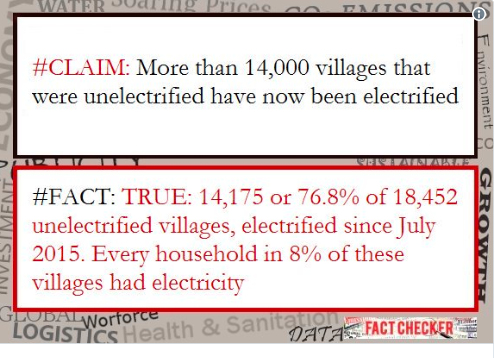 Conclusion: We will conclude this series on Dhruv Rathee with the message that his videos are full of lies, misquotation and cherry-picking of facts and data to prove his own narratives. Most of the time he presents his personal thoughts as facts. Hence, he is not a trustworthy person and we advise our readers to not to form an opinion based on his videos.

Read the first and second part of this series here

Part 1: Exposing Dhruv Rathee and his squad - an undeclared IT Cell of Aam Aadmi Party

Here is another instance when Dhruv Rathee was caught misleading his viewers: Had Health Expenses Pushed 55 Million Indians Into Poverty In 2017 As Claimed by Dhruv Rathee