The Railway Ministry has called the news of Indian Railways extending its train shutdown till September 30 as incorrect.

Recently, a section of media reported that Indian Railways has canceled all regular trains till 30th September in the backdrop of rising COVID-19 cases in the country.

In a similar report, the Federal stated that the cancellation of express, passenger and suburban trains due to the COVID-19 pandemic and the subsequent nationwide lockdown was scheduled to end on August 12. However, it has now been extended until September 30.

Meanwhile, a circular is also doing rounds on social media platforms stating that the competent authority while referring to a Board's letter above has decided to extend cancellation of all regular Mail/Express, Passenger,- and Suburban train services up to 30.09.2020. 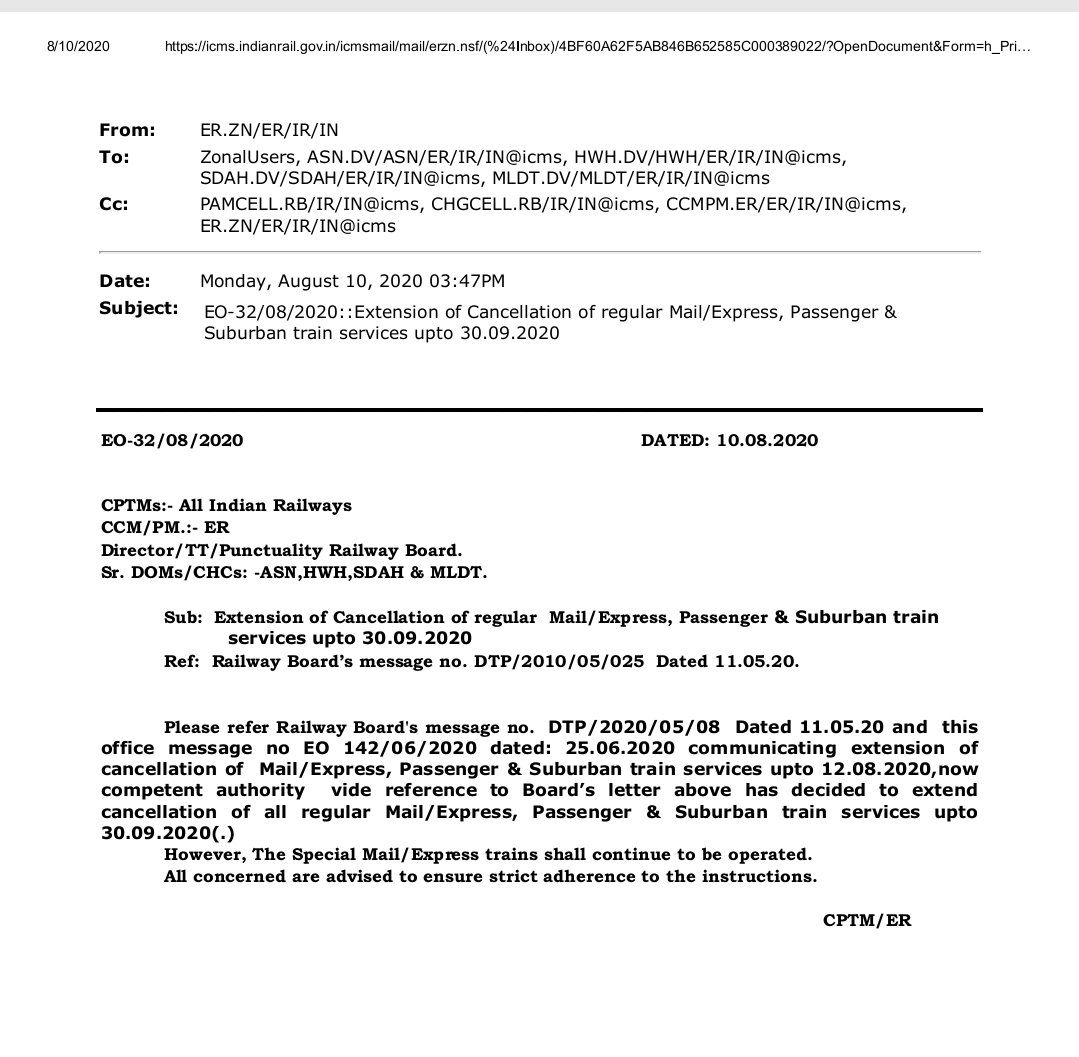 In the tweet, the Railways also said that Special Mail Express trains shall continue to run. 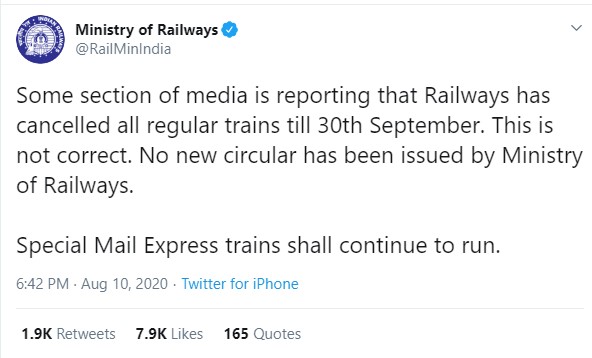 In conclusion, the Railway Ministry has called the news of Indian Railways extending its train shutdown till September 30 as incorrect.