PIB Fact Check dismissed the news reports claiming that schools will be reopened in a phased manner between September 1 and November 14.

Recently, several media reports are claiming that the central government is planning to reopen schools and other educational institutions in a staggered manner between September 1 and November 14 during unlock 3.0. The reports also state that the fresh guidelines are expected to be out on August 31, the decision on reopening will be left to states.

According to a news report by Jagran English, "a media report has now revealed that the Centre might soon unveil a phase-wise plan to reopen schools and educational institutes across the country between September 1 and November 14 later this month as part of final Unlock guidelines." 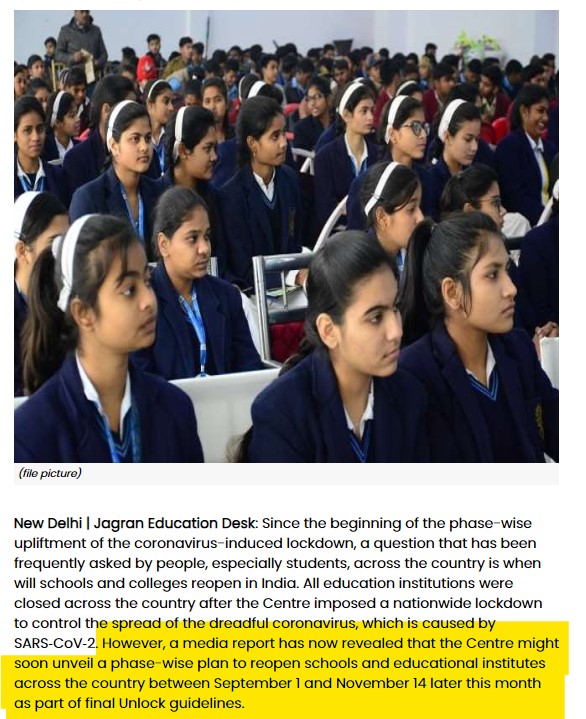 Web news portal OneIndia states that according to new rules, students of standard 10 and 12 will attend classes in their classrooms for first 15 days. If Class 10 has four sections, half the students of sections A and C would be required to come on particular days, and the others on the remaining days, citing an Economic Times report.

However, Press Information Bureau's fact-checking arm, PIB Fact Check called claims false. Taking to Twitter, PIB Fact Check clarified that no such decision has been taken. The tweet reads as, "Claim: A newspaper has claimed that the government is going to open schools from September 1 to November 14 in a phased manner. #PIBFactCheck: No such decision has been taken by the government yet." 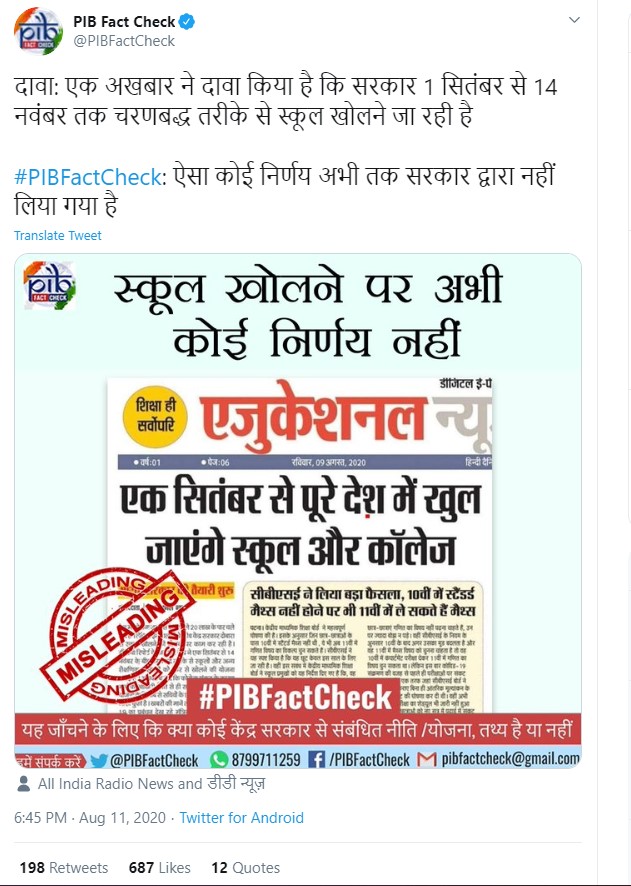 In conclusion, PIB Fact Check dismissed the news reports claiming that schools will be reopened in a phased manner between September 1 and November 14.