The claims that old murals are being destroyed by the ASI on the pretext of restoration is completely false. Two different picture from different parts of the temple is being used to spread the misinformation.

Recently, Konark temple in Odisha became a point of contention when a claim started doing rounds on social media that Konark Temple is being broken as centuries-old murals on the temple walls are being turned into plain bland stones by the ASI on the pretext of restoration. 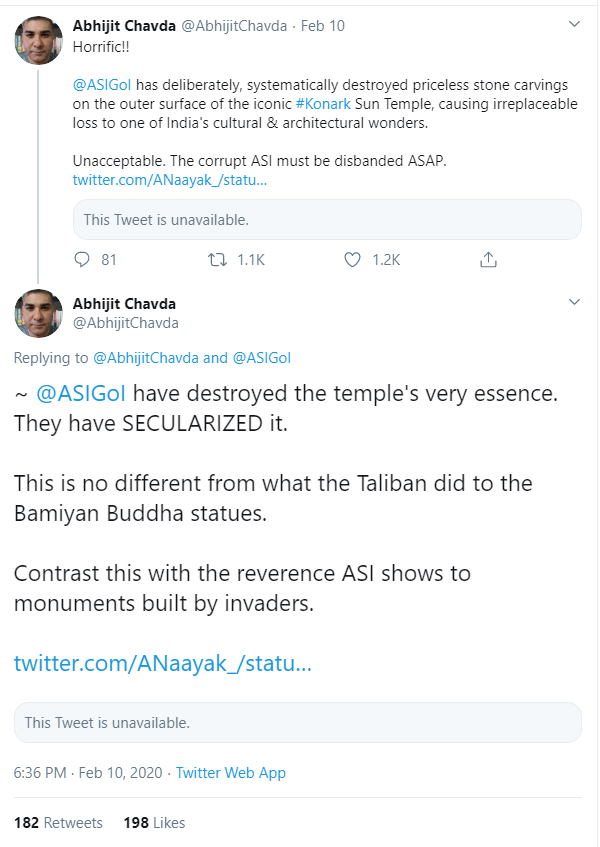 At the time of writing this article, this tweet has been reshared more than 1000 times.

A number of other users have shared a few sets of pictures that allegedly show before and after the restoration of the temple.

The claim that murals have been removed by ASI on the pretext of restoration is completely false. The Archaeological Survey of India (ASI) has themselves put these rumours to rest by issuing a clarification on Twitter. 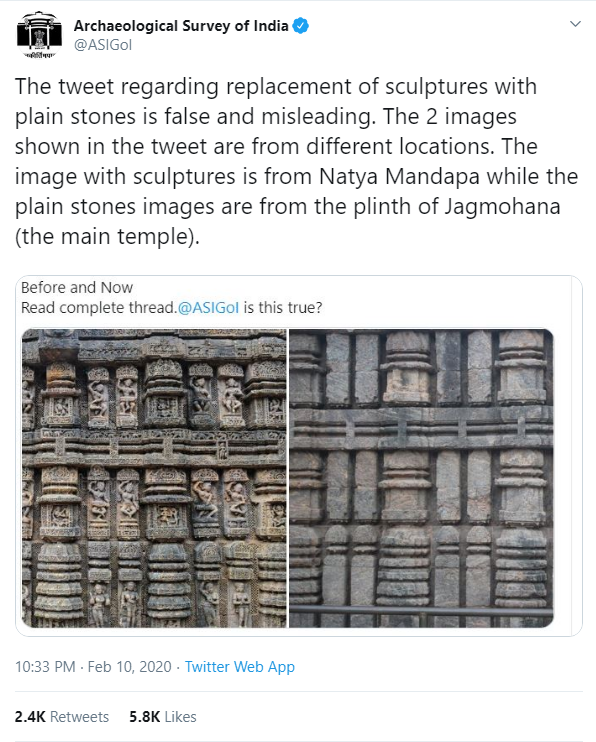 ASI clarified that the two images which were next to each other as ‘before and after’ are of different parts of the temple. In the next series of tweets, ASI said that the plain stonework in the second image was done in the 1980s. “ASI used plain stone only wherein there was no evidence left & as per ASI’s the then archaeological policy only such portions were filled with plain stones. ASI would like to confirm that no sculpture has been replaced,” the ASI added.

In 2012, the ASI undertook the gentrification of the temple. According to an article published by the Indian Express regarding restoration of Konark temple, no restoration rules or guidelines were violated while undergoing the gargantuan task of the gentrification of the much-revered Konark Temple. “As a signatory of UNESCO conventions, it is mandated that ASI cannot replicate original representations (carvings). The understanding is that as monuments deteriorate if one keeps on replicating then nothing original will remain,” the article read.

In conclusion, the claims that old murals are being destroyed by the ASI on the pretext of restoration is completely false. Two different picture from different parts of the temple is being used to spread the misinformation.