The claim that a BJP member was arrested with Rs 2 Crore cash while buying votes amid Delhi assembly elections is completely false. An old image from 2016 is being used to spread disinformation.

On the day of Delhi Assembly election, a picture surfaced on twitter claiming that a member of BJP was caught with Rs 2 crores in cash, in an attempt to buy votes.

A user named Shiv Kumar Yadav shared the picture that has a logo of ABP news and has some text written on it. The caption read as, "Delhiites beware ..! Today is the day of the great month that will decide the future of you and your children, now you have to decide whether you bid your future or make your future. "Tell me today that Delhi is not only for the people of the heart but also of the brain" (Translated from Hindi) 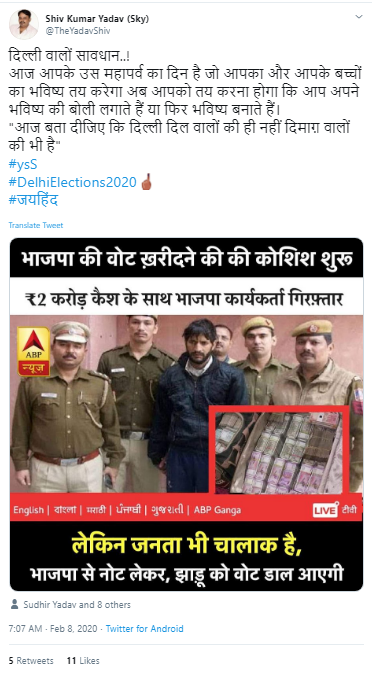 In the image, a man can be seen surrounded by policemen. The text written on the post can be roughly translated to, "BJP's attempt to buy votes. A member of BJP arrested with Rs 2 crores in cash. But the public is also clever, they will take money from BJP and vote for AAP. "

One of our readers tweeted the image and tagged us, requesting a fact check.

In our investigation, we found this claim to be completely false.

With the help of a reverse image search, we found an article published by India Today in December 2016. The same image was used in the article that was titled "Delhi police arrests man for murdering wife with stone following altercation." 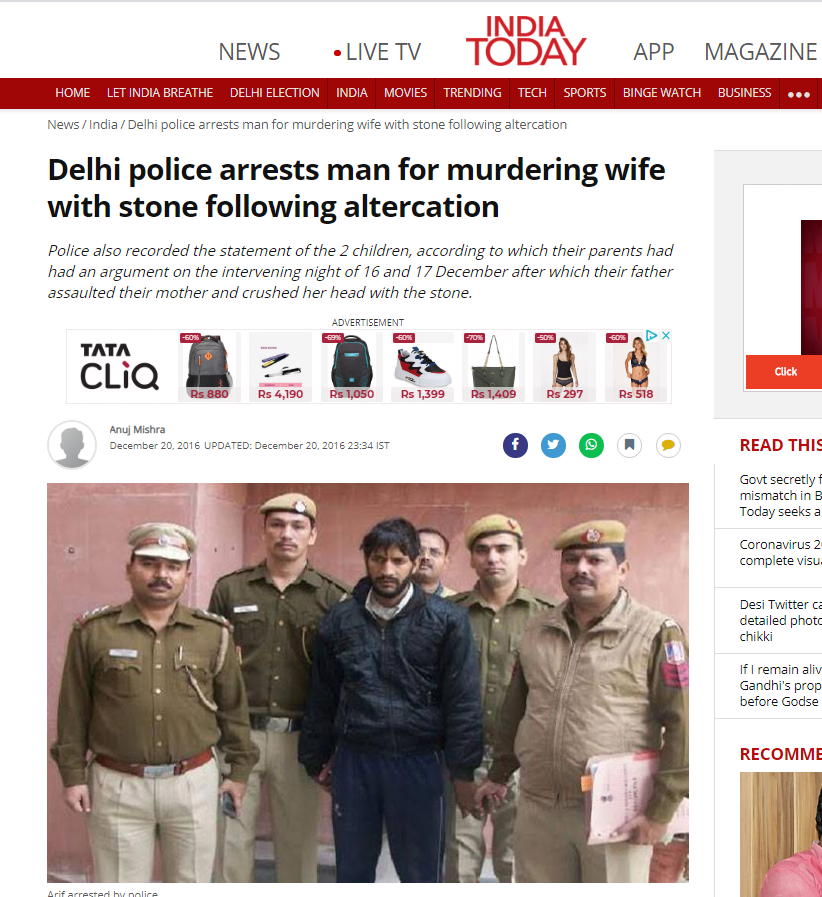 The man in black garments is Arif, who was arrested for the murder of his 28-year-old wife in Delhi's Old Mustafabad.

This image was edited in a way to appear like a still from the ABP news report, as it has a logo of ABP news. We also did not find any news reports about BJP members caught buying votes amid Delhi Assembly elections.

In conclusion, the claim that a BJP member was arrested with Rs 2 Crore cash while buying votes amid Delhi assembly elections is completely false. An old image from 2016 is being used to spread disinformation.