FACT CHECK: Is one of the accused in Hyderabad gang rape and murder case being thrashed by cops? 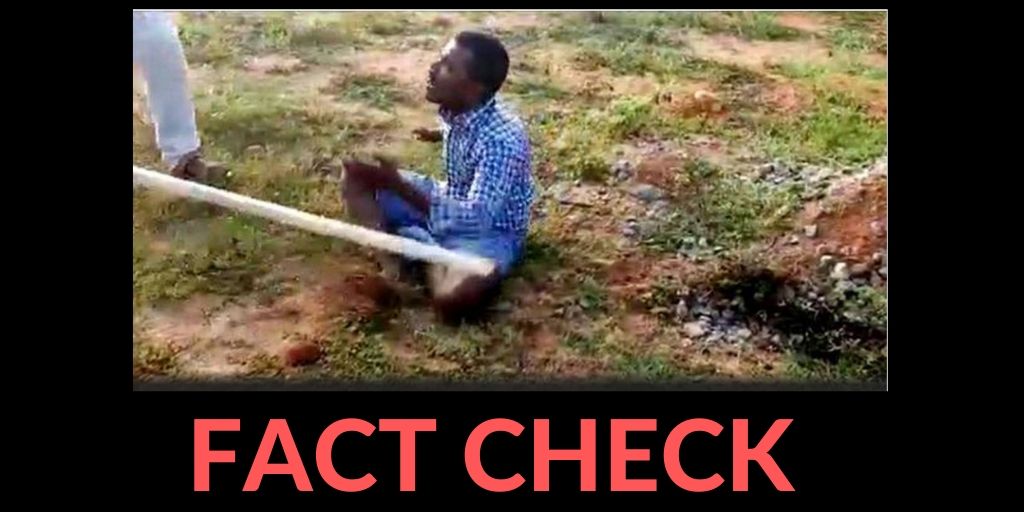 In our investigation, we found out that a video of another incident from Chittoor was being shared with a claim that one of the accused in this case was being thrashed by police in Andhra Pradesh.

In the wake of a gut-wrenching crime in Hyderabad, where a 26-year old veterinary doctor was gang-raped, murdered and then set on fire by four men in the outskirts of Hyderabad on November 28, a video went viral with a claim that one of the accused in this case was being thrashed by police in Andhra Pradesh.

A Facebook user named Partho Biswas shared the video with a caption in Bengali that can be roughly translated to, Give opportunity to everyone to watch the video, so that everyone learns. Need an apt punishment for this month. Beating for two minutes will not help. 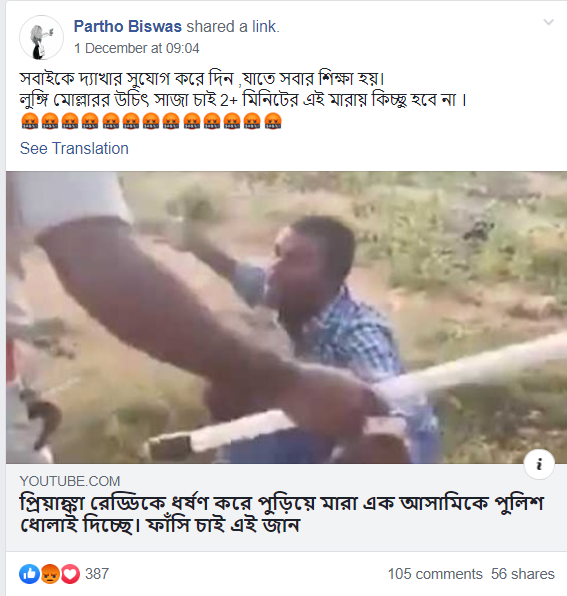 The incident has led to a nationwide protest questioning the condition of women's safety across the country.

The same video is also doing rounds on Whatsapp with a similar narrative.

The Truth behind the claim

After reverse searching the keyframes of this video, we found a link to a YouTube channel named TR News. The same viral video was uploaded on this channel two days before the incident, on 26th November.

The video has a description in Telegu that can be roughly translated to," A 10-year-old girl in Chittoor district brutally raped by a young man."

We found a news story in The Hindu, reporting the same incident which was published on 27th November. 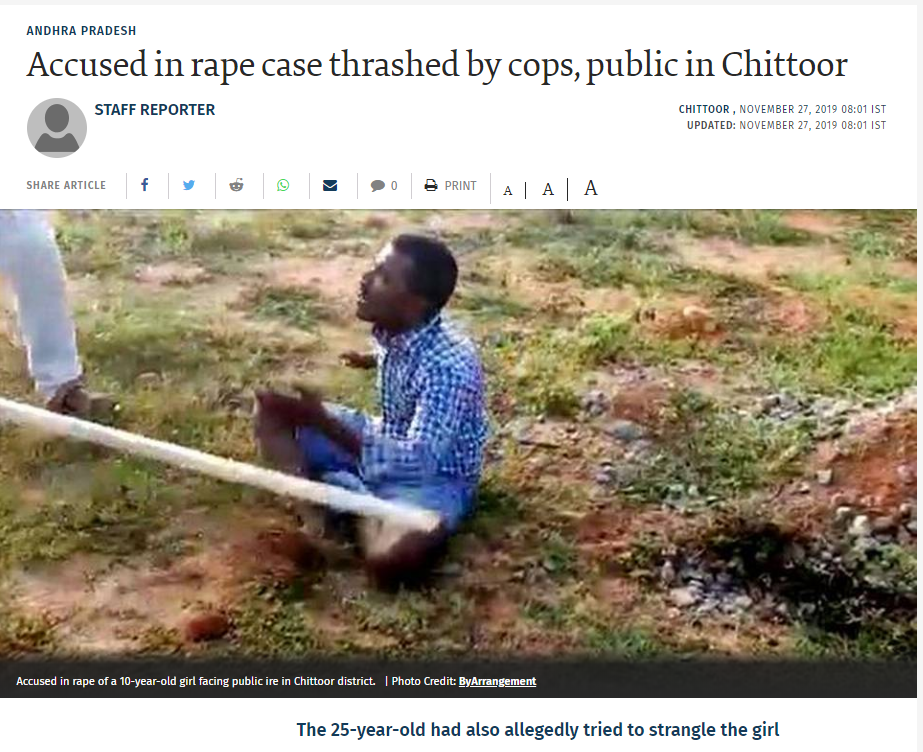 According to the report, " The 25-year-old youth allegedly raped a 10-year-old girl and attempted to murder by strangulating her on November 24. The incident which came to light on Tuesday created a flutter in the village in Chittoor district."

The man alleged to be in the viral video, Mohammed alias Areef is one of the four accused in the Hyderabad gang-rape and murder of the veterinarian.

In conclusion, following a country-wide outrage, a video of another incident from Chittoor was being shared with a claim that one of the accused in this case was being thrashed by police in Andhra Pradesh.