FACT CHECK: Did Amit Shah get furious due to low turn up of crowd during a rally in Jharkhand? 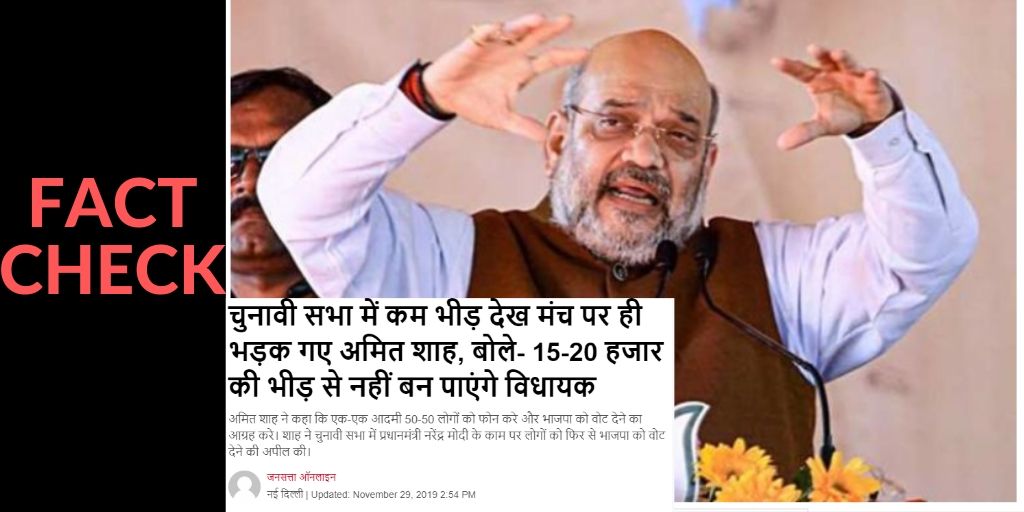 In our investigation, we found out the headlines suggesting that Amit Shah got furious due to the low turn up of the crowd and asked people to call 25 people each is misleading. Amit Shah made those statements while asking people for votes in a totally different way.

Ahead five-phased assembly polls in Jharkhand, starting November 30, Union Home Minister Amit Shah addressed a rally in Garwha district, after which some mainstream media outlets started spreading misinformation. Some of the Newspapers used the headline which suggested that Amit Shah got furious due to the low turn up of the crowd and asked people to call 25 people each.

Hindi-daily 'Jann Satta' used the title that can be roughly translated to, " Due to a low turn up of crowd Amit Shah got frustrated on the stage and said that with 15-20 thousand people we won't win elections" 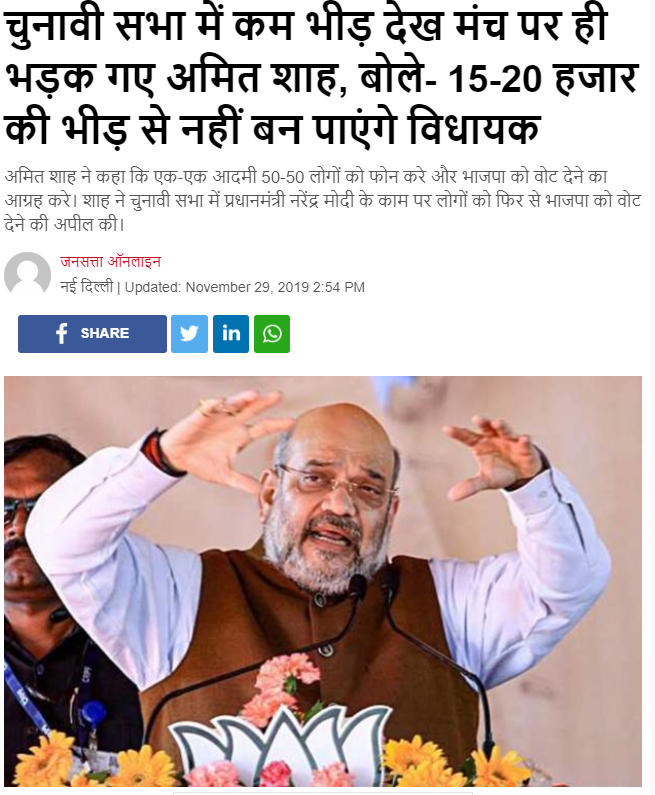 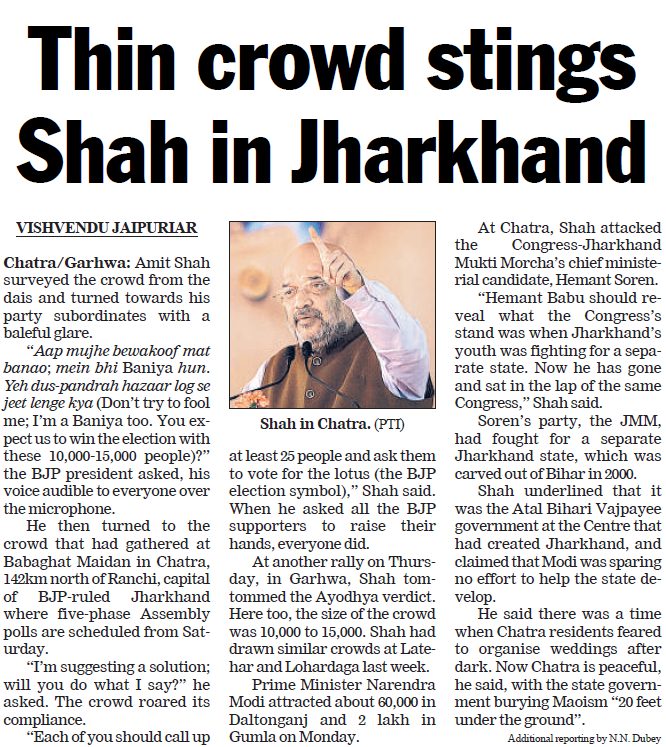 While investigation, we found a video in which Amit Shah was addressing the crowd in a rally in Jharkhand's Garhwa. It turned out that the headlines used in these news reports are misleading. The headlines used just click-baits and giving the impression that Amit Shah got angry after seeing a low turn up of the crowd.

After 36 minutes in the video, one can see Amit Shah asking people to support and vote BJP and amidst which he asks everyone to call 25 people to ask them to vote BJP.

In the video, one can clearly see that there is a huge cheering crowd in the rally.

In conclusion, the headlines suggesting that Amit Shah got furious due to the low turn up of the crowd and asked people to call 25 people each is misleading. Amit Shah made those statements while asking people for votes in a totally different way.