FACT CHECK: Will Rs 2000 notes be discontinued from 31 December? 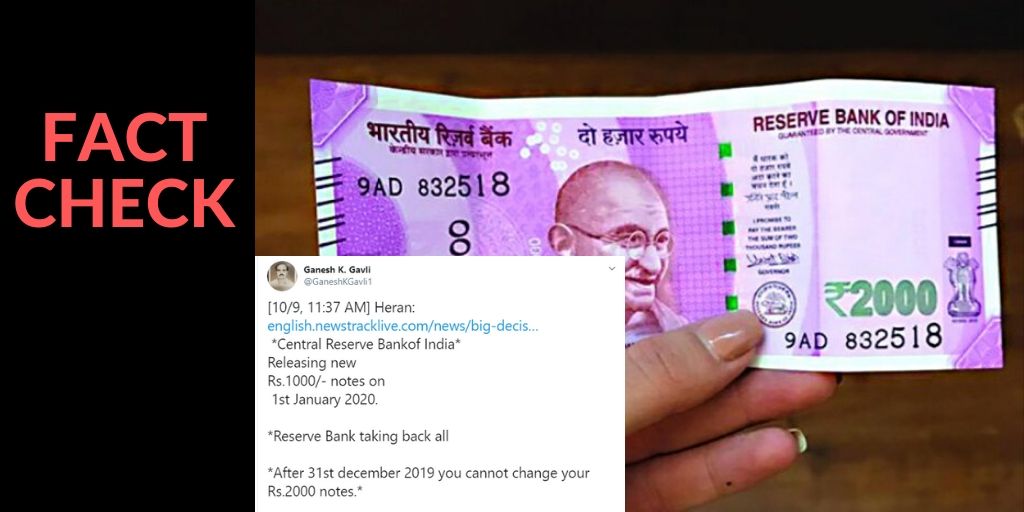 In our investigation, we found out that the claim in the viral message that Rs 2000 notes will be discontinued from December 31, 2019, is false.

A News went viral on Whatsapp and Twitter that the Rs 2000 note will be discontinued from December 31, 2019. Earlier also, a similar message went viral claiming the discontinuation from 10 October.

A Twitter user named Ganesh K. Gavli posted the message, " *Central Reserve Bank of India* Releasing new Rs.1000/- notes on 1st January 2020. *Reserve Bank taking back all *After 31st December 2019 you cannot change your Rs.2000 notes.* *Can anybody confirm the authenticity of this." 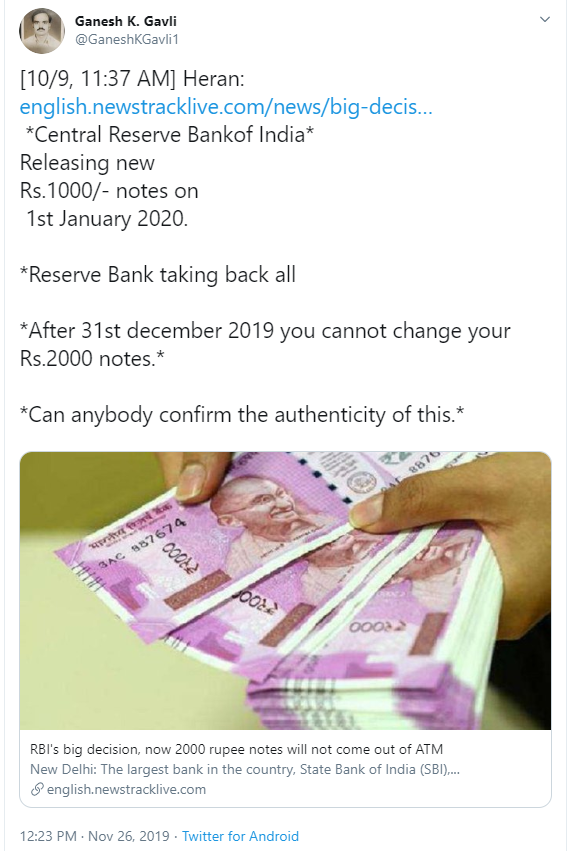 The message states that the Reserve Bank of India (RBI) will be discontinuing the ?2000 banknote, and the new ?1000 banknote will be introduced post-January 1, 2020.

A link to an article from a website called Newstrack is also given, which says that the RBI has asked the State Bank Of India (SBI) to remove large note cassettes from its ATMs.The article further states that one would only be able to redeem ?50,000 worth of notes, and urge people to get rid of their ?2000 banknotes as soon as possible.

While researching we found an article by Business Today, which gave information about the government halting the print of Rs 2000 notes. However, there were no claims that Rs 2000 notes are being suspended. 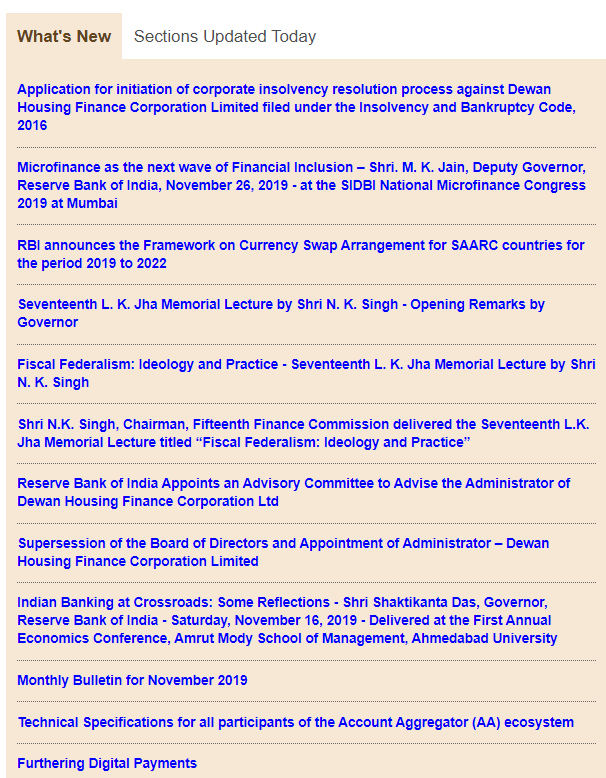 Therefore, we can conclude that the claim in the viral message that Rs 2000 notes will be discontinued from December 31, 2019, is false.