Fact Check: A picture of Eid al-Adha prayers at the Ferozshah Kotla Mosque shared as last prayers at Babri Masjid 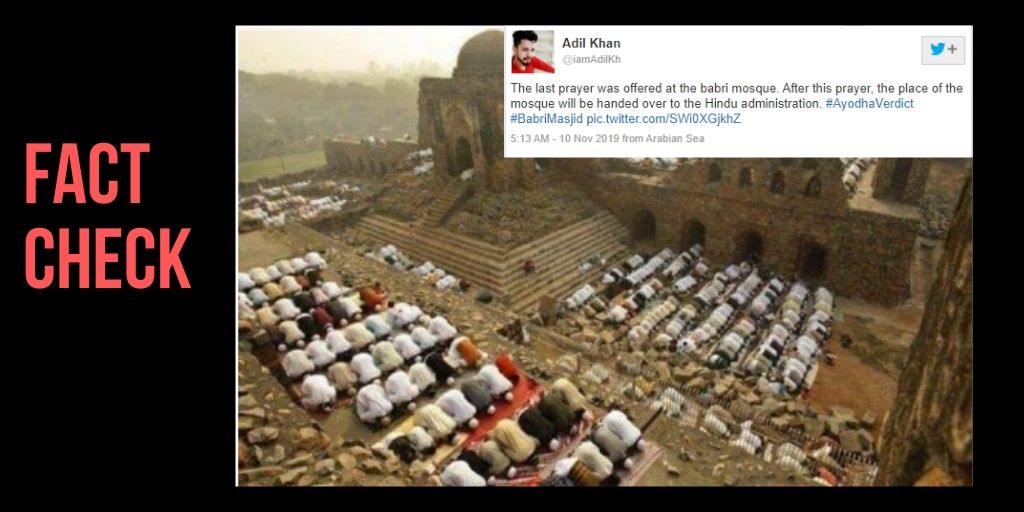 After a landmark judgment of the Supreme Court in Ayodhya Ramjanam Bhoomi-Babri Masjid land dispute case on 9th November in which disputed site is given for the construction of 'Ram Mandir' and a separate 5-acre parcel of land to the Sunni Waqf Board for the construction of a mosque, a picture went viral on social media with a caption, "The last prayer was offered at the Babri mosque. After this prayer, the place of the mosque will be handed over to the Hindu administration #AyodhyaVerdict #BabriMasjid.” 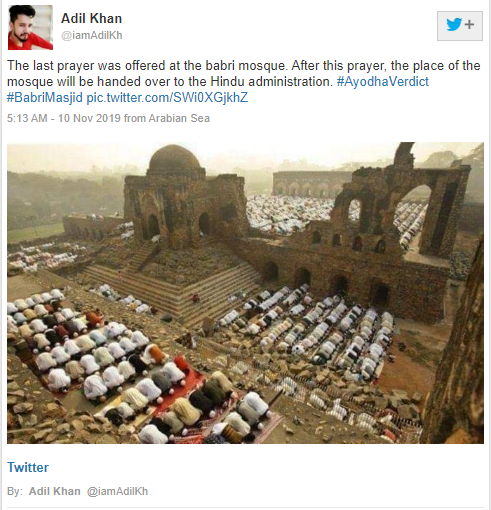 In the picture, a broken structure of an old building can be seen in which Muslims are offering 'Namaz'.

Babri Masjid was a 16th-century mosque in Ayodhya that was demolished by a large number of Hindu activists on December 6, 1992.

The truth behind this picture

We started our investigation and ran a Google reverse image search. In the results, we found a link to an image sharing website. This viral picture was uploaded on apimages.com on December 9, 2018, and had a description, "Muslims offer Eid al-Adha prayers at the Ferozshah Kotla Mosque in New Delhi, India, Tuesday, Dec. 9, 2008. Muslims worldwide are celebrating Eid al-Adha, or Feast of the Sacrifice." This picture was captured by Gurinder Osan. 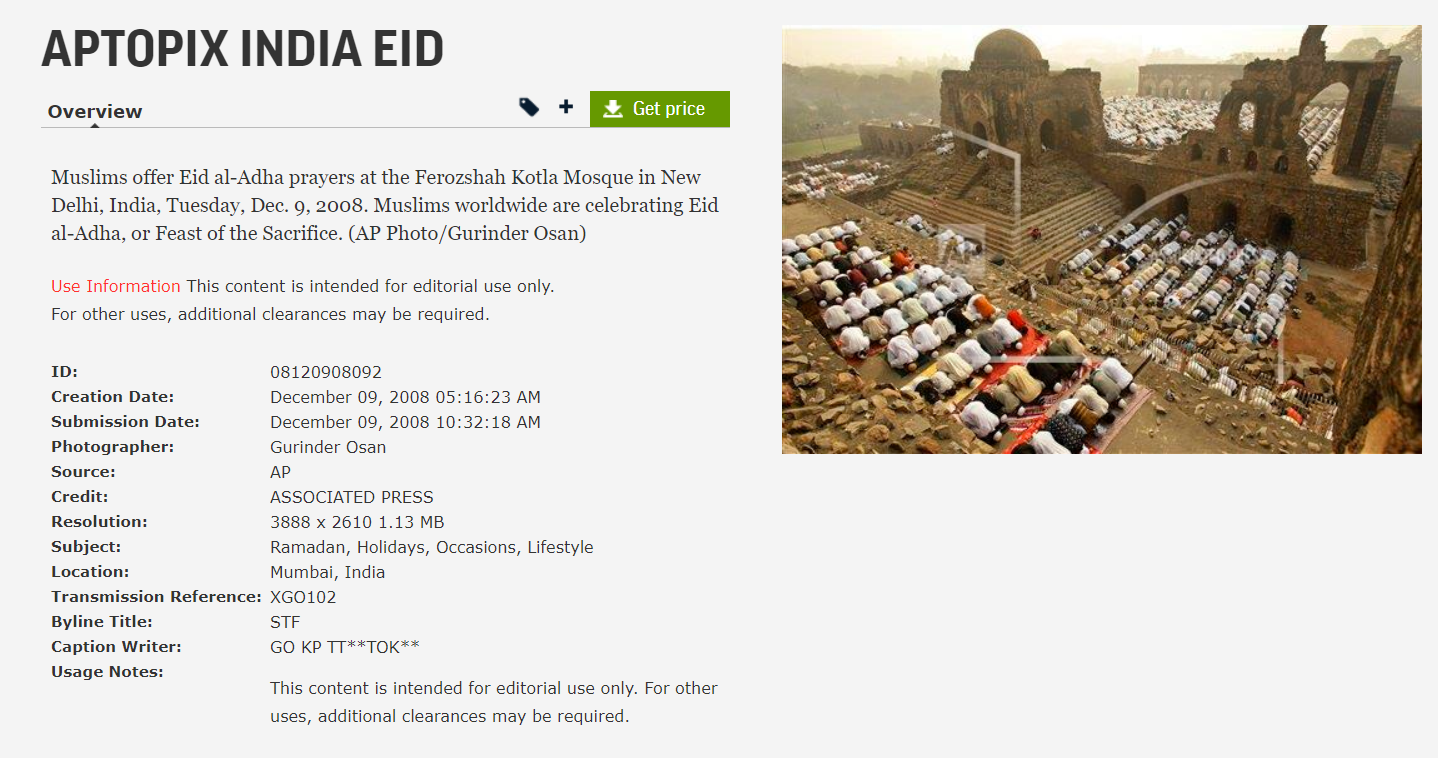 The Feroz Shah Kotla was a fortress in Delhi sultanate and was built by Firoz Shah Tughlaq. The fortress houses the Jama Masjid, one of the ancient monuments.

It should also be noted that Babri Masjid land was inaccessible for anyone to offer prayers by members of any faith, so it was certain that the picture was not of Babri Masjid.

With about information, it is clear that the viral picture is being shared with a false claim and the picture was actually captured during Eid al-Adha prayers in 2008.