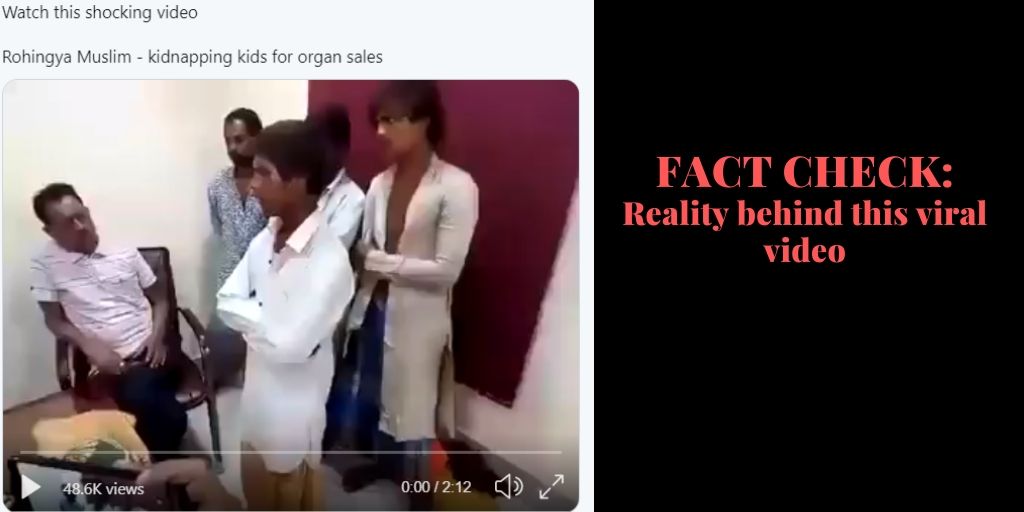 The viral video is from Jharkhand where a case of child kidnapping and illegal organ trading was busted in September 2019 and is now being shared with a false claim that Rohingya Muslim-kidnapping kids for selling organs.

A video is going viral on social media platforms like Twitter and Facebook with a caption “Rohingya Muslim-kidnapping kids for selling organs”. In the video, police officials can be seen questioning some men regarding child kidnapping and organ trade, which is also being recorded by some people. 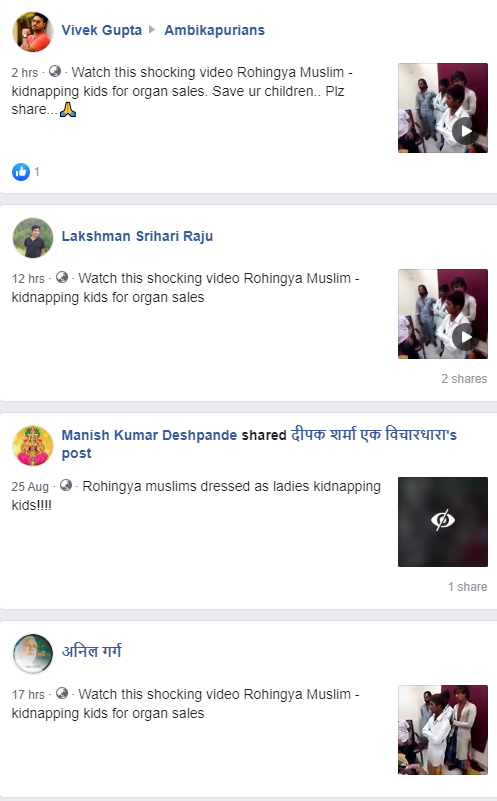 In the video, police officials are interrogating arrested men about how they kidnap kids, how much they get paid for each kid and later how kid’s organs are illegally traded.

Amit Agarwal, BJP Joint Convener for Good Governance shared this video on Twitter with a caption “Rohingya Muslim-kidnapping kids for selling organs,” while asking for a fact check. 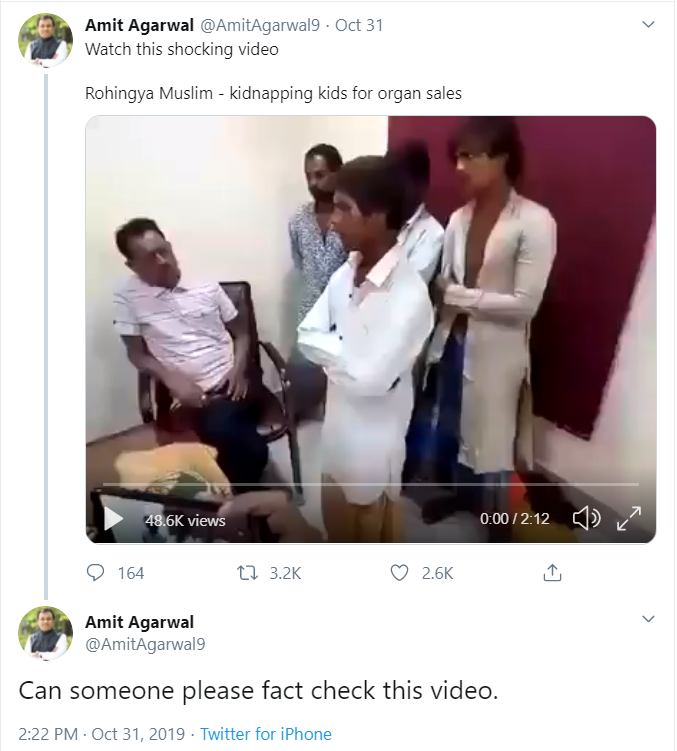 This video is being shared all over the country with a message requesting parents to stay vigilant about their children’s safety.

To know the reality behind this video we started our investigation. With the help of the ‘Invid tool’, we took one of the keyframes of the video and did a google reverse image search. In the search results, we found a news story by a local paper in Jharkhand about the Dhanbad Railway Protection Force busting a child kidnapping racket.

A report in a Hindi daily in Jharkhand named ‘Hindustan’, was published on September 3, 2019. 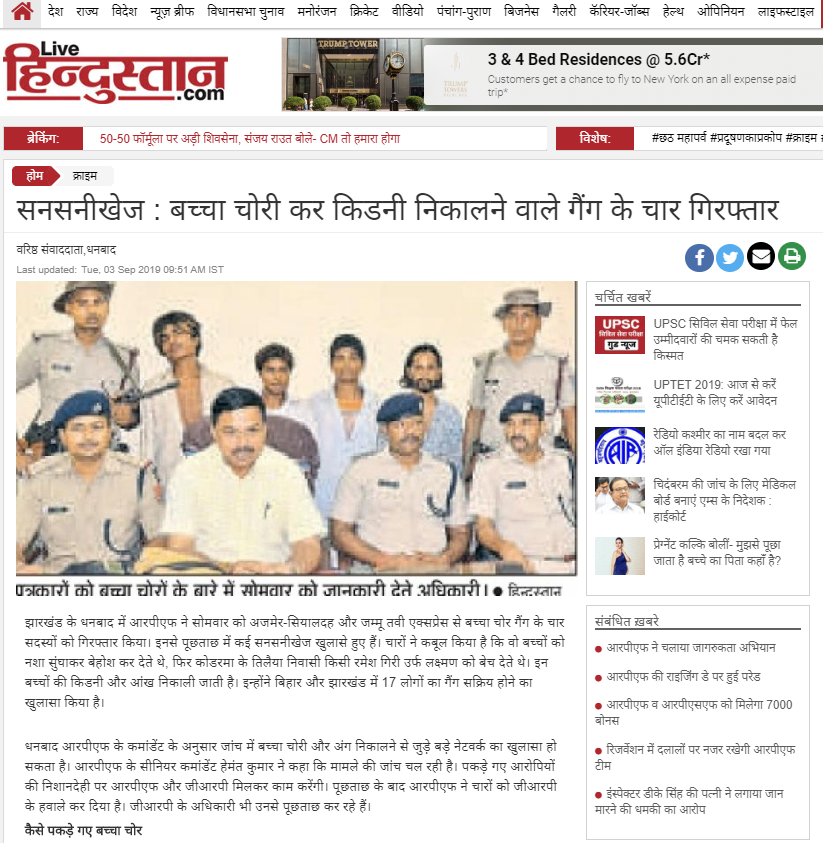 The title can be roughly translated to “Four arrested for kidnapping children and illegally trading kidney”. The report also had a photo of the arrested accused standing behind the railway police personnel who arrested them.

As it is evident, the men in the video and men in the photo are the same.

We further found a video on a YouTube channel named ‘news today Jharkhand Bihar’ in which police officials are informing about the case.

Therefore, with the above pieces of information, we can conclude that the viral video is being shared with misleading claims and there is not enough information to substantiate the claim that “Rohingya Muslim-kidnapping kids for selling organs.”  In reality,  the video is from Jharkhand where a case of child kidnapping and illegal organ trading was busted in September 2019.