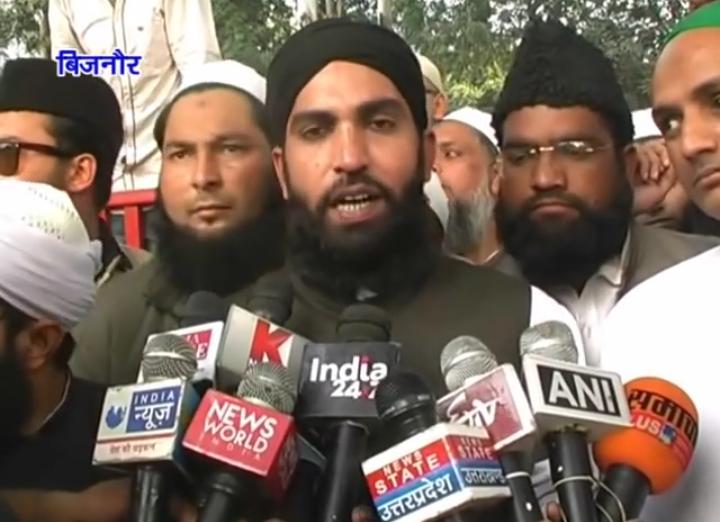 The man in the video is Maulana Anwar-ul-Haq, the head Imam of Jama Masjid in Bijnor UP. He is not associated with BJP or RSS.

Kamlesh Tiwari, the leader of a political organisation in Uttar Pradesh called Hindu Samaj Party, was shot dead at his residence in Lucknow on 18 October. Two men, one of whom was wearing a saffron scarf, met with him on the pretext of gifting Diwali sweets and, once inside his home, allegedly slit his throat and shot him multiple times with a firearm before escaping.

After that, some Twitter users shared a video in which a Muslim man had made chilling threats against Kamlesh Tiwari offering Rs 51 lakh for anyone who beheads Tiwari. He warns, " Kamlesh Tiwari, – whether you are in jail or outside if the courts do not punish you, Muslims of Bharat will mete out their own punishment.”

Replying to Priti Gandhi's tweet many people claimed that the person in the video who threatening Kamlesh Tiwari is RSS activist Md. Amir Rashid. A Twitter user name The Resistance Replied "This Musanghi 'Mohd Amir Rashid' is from BJP Minority Wing. He gave this byte in 2016 against Kamlesh Tiwari when he threatened Indian Muslims to be beheaded". 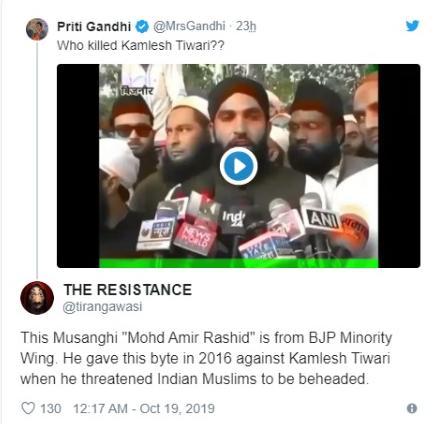 In the investigation, we found that the person who is threating in the video is Maulana Anwar-ul-Haq, the head Imam of Jama Masjid in Bijnor UP who had made chilling threats against Kamlesh Tiwari in 2015 and Offered Rs. 51 lakh for anyone who beheads Tiwari.

We also find a video on Youtube published by Abhitak News Channel on 4 December 2015 with a caption "Maulana threatens - I will give Rs 51 lakh for beheading Kamlesh Tiwari".

Maulana Anwar-ul-Haq said, “If UP Government and our courts do not punish Tiwari, the Muslims of Bijnore offer Rs 51 lakhs to anyone who beheads Tiwari. Anyone who abuses any religion, whether it is Islam or Hindu Dharma, they will not be spared. Kamlesh Tiwari, let me warn you – whether you are in jail or outside if the courts do not punish you, Muslims of Bharat will mete out their own punishment.”

We searched the picture of Md. Amir Rashid on Google and compared it with the screengrab of the person seen in the video. 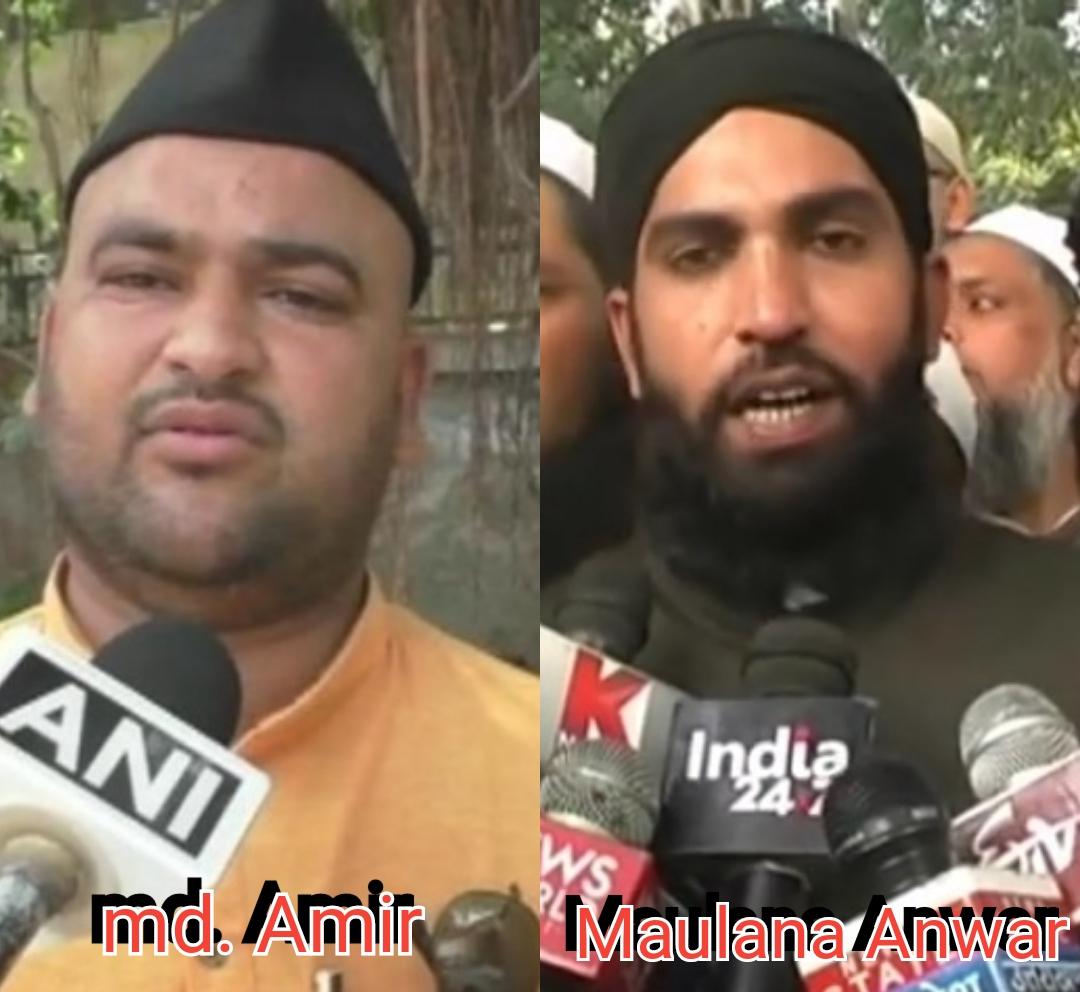 In the above Comparision, it is clear that they both are not the same people since their facial structures are completely different.

Uttar Pradesh Police has detained cleric Anwar-ul-Haq from Bijnaur in connection with the murder of Hindu Samaj Party leader Kamlesh. According to reports, cleric Anwar-ul-Haq has been kept at an undisclosed place and is being interrogated over his role in Kamlesh Tiwari's murder.  Kamlesh Tiwari's wife had filed a complaint on the basis of which an FIR was registered against two clerics.

Conclusion, the viral claim is false that the person who threatens Kamlesh Tiwari in viral the video is BJP minority wing leader Md. Amir Rashid.  The man in the video is Maulana Anwar-ul-Haq, the head Imam of Jama Masjid in Bijnor UP.