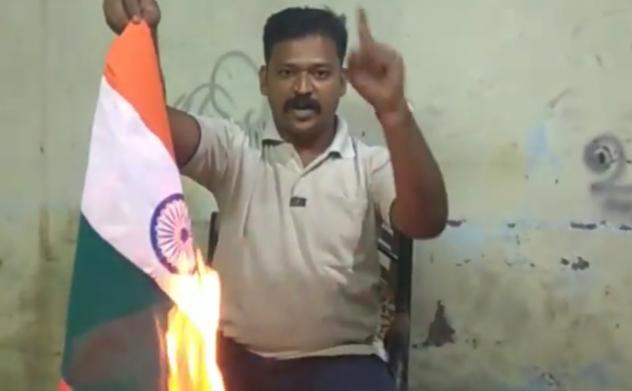 The claim is false that a Hindu man burnt the national flag of India because he wants to wave saffron instead of the Indian flag. He burnt the Indian flag in protest against the Central Government not setting up the Cauvery Management Board.

A Facebook page Islam Zindabad shared the picture with a caption, "This is Hindu terrorist Shri Krishna Lal burning the Indian Flag. This terrorist believes that India is a Hindu nation, and the saffron flag will be hoisted here, not the tricolor". 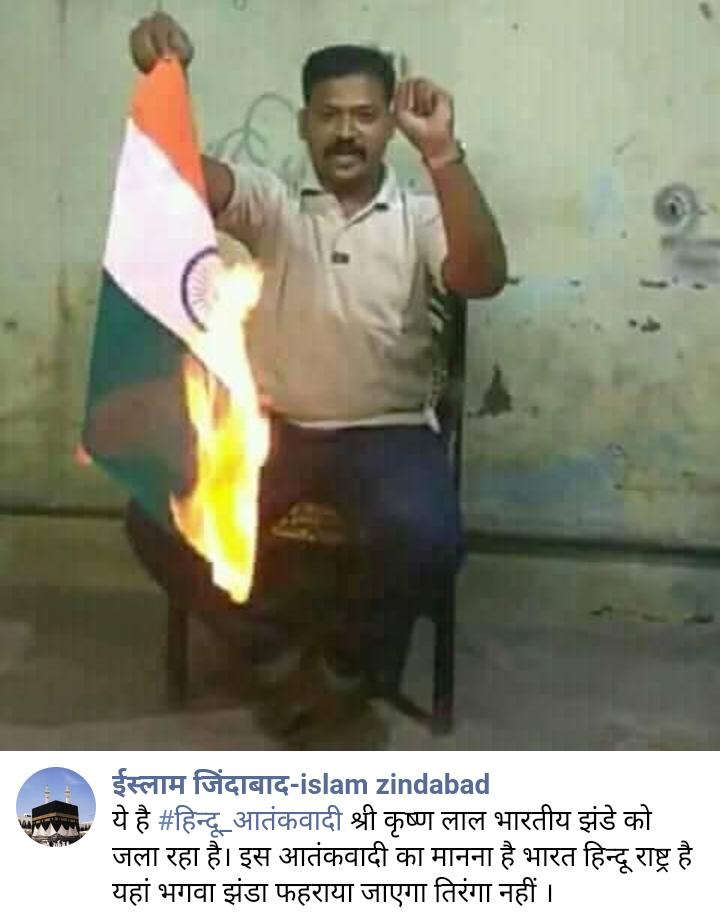 The post received more than 1,300 likes and 29,000 shares at the time of writing this article.

After doing Reverse research image on Google, we found that the incident happened in April last year and the claim being made in the post is false. The man seen in the photo is a teacher from a school in Tamil Nadu who lit the flag in the protest against the Central Government for not setting up the Cauvery Management board.

We found a report in which the same picture is used. According to the report, M Prabhu is a 34-year-old private school teacher who was arrested by Kumbakonnam police for burning the national flag in protest against the inaction of the state and union governments on constituting the Cauvery Management Board as per the supreme court order. 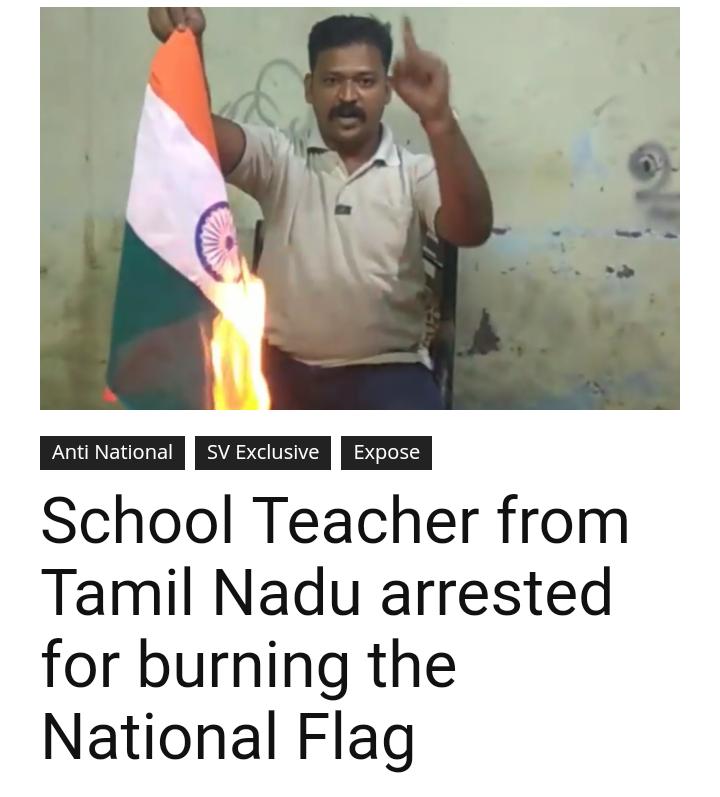 Prabhu had posted the video on his Facebook page. In which he is seen burning the national flag with statements that he is burning the national flag as the Central government has sadly deprived the rights of Tamil Nadu people on the Cauvery issue. “We should erase the feeling of Indian from our mind. Separate Tamil Nadu is the only solution,” he reportedly said in the video out of sheer frustration over the Central government’s attitude towards the issue even after the Supreme court’s verdict.

There has been a long-standing dispute between Tamil Nadu and Karnataka over the sharing of water of the Cauvery river. There was also a demand to create a Cauvery management board to resolve this issue. Finally, on June 1, 2018, on the direction of the Supreme Court, the Central Government formed the Kaveri Water Management Authority which will find a solution to the issue of river water sharing between Karnataka, Tamil Nadu, Kerala, and Puducherry.

In conclusion, the viral claim is false that a Hindu man burnt the national flag of India because he wants to wave saffron instead of the Indian flag. He burnt the Indian flag in protest against the Central Government not setting up the Cauvery Management Board.