Fact Check: Did Rahul Gandhi say he will move to London and his children will study in America? 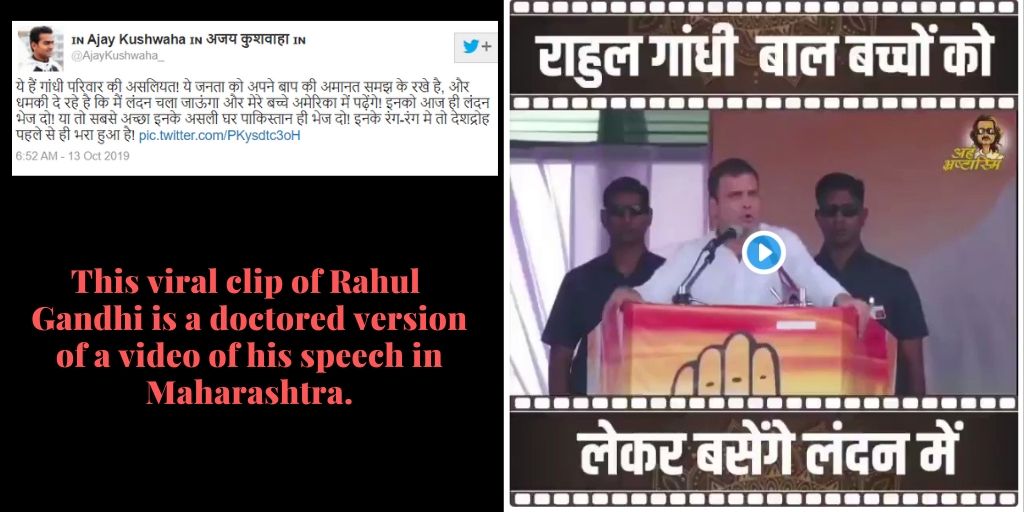 A viral video of Rahul Gandhi saying that he would move to London and his children will study in America is a doctored video. A video of his speech in Latur, Maharashtra on October 13, 2019, has been clipped and joined in a way to present this viral claim.

A video of former Congress President Rahul Gandhi is going viral on social media, in which he can be heard saying that he would move to London, and his children will study in America. You can watch the video here:

On October 13th the video was shared on twitter by Akali Dal MLA Manjinder S Sirsa with the caption, “Just because the people of India don’t like you @RahulGandhi“. 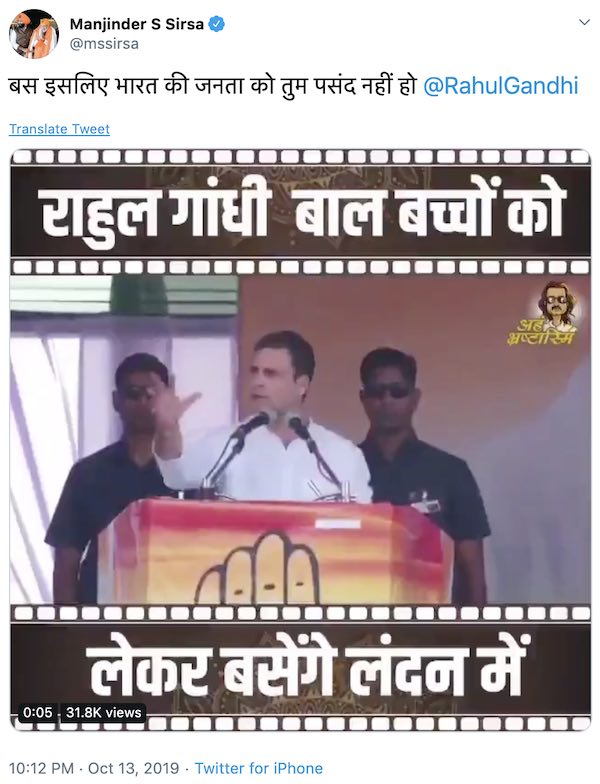 Another Twitter user named Ajay Kushwaha also shared the video with a caption in Hindi which can be roughly translated to- “This is the reality of Gandhi family! They believe the public to be their father’s property and are threatening that I will move to London and my children will study in America! Send them to London today! Or the best idea would be to send them to their real home in Pakistan! They are full of treason!” 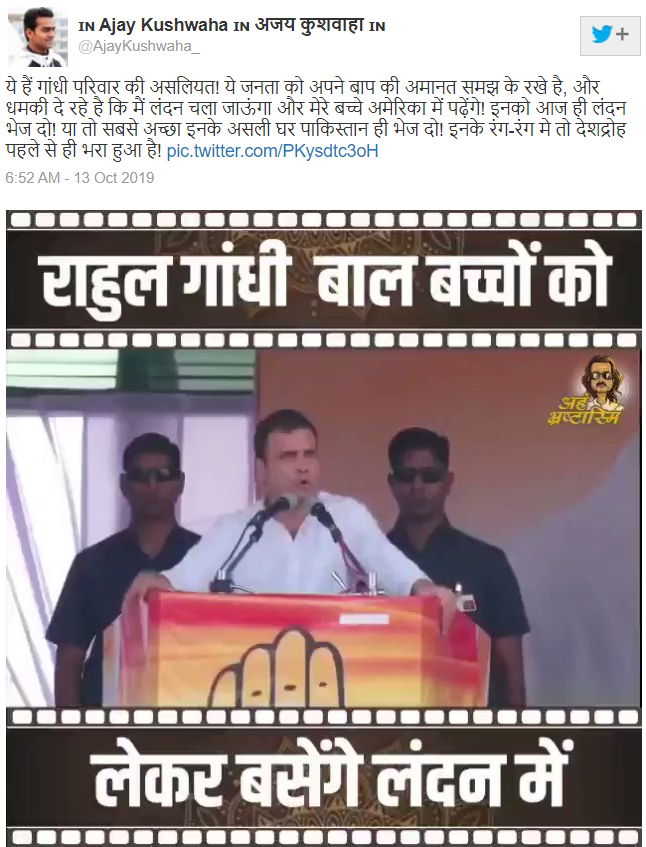 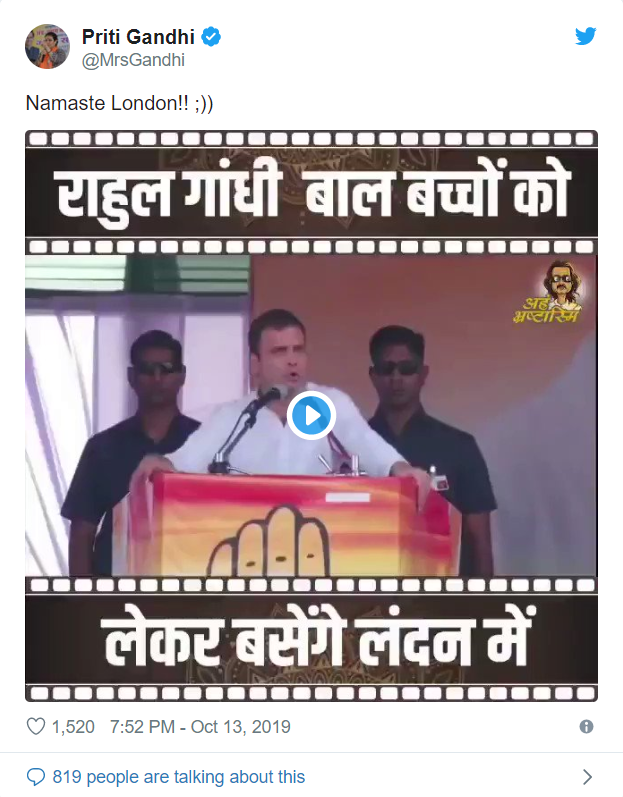 The video went viral on Facebook also with a similar caption. 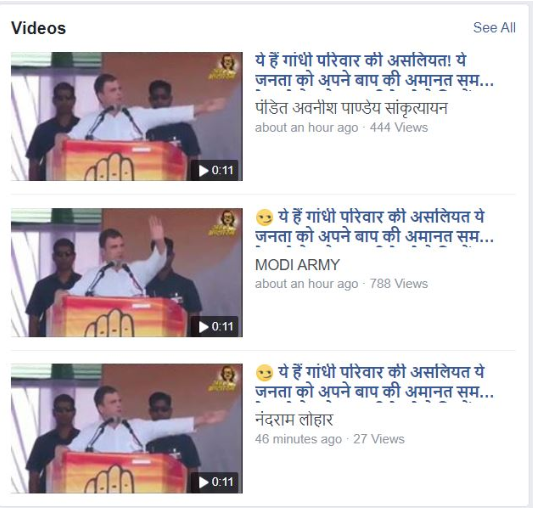 The viral video is actually an edited version from a longer video of Rahul Gandhi’s speech that he made in Latur, Maharashtra on October 13, 2019. You can watch the full video here.

In his speech, Gandhi was referring to fugitive businessman Nirav Modi and Mehul Choksi, wanted by Indian authorities for alleged money laundering and banking fraud. This part of the video has been edited from the actual one to present a false claim.

After 15 minutes and 10 seconds in the video, Rahul can be heard saying, “Nirav Modi, Mehul Choksi can sleep, without any fear”, this is the part which has been removed. He then continues, ” “Nothing will happen, I will go to London, my children will go and study in America, I have nothing to do with India.

Later in the video, Gandhi can be heard saying “I am Narendra Modi’s friend. I have thousands of crores of rupees; I will go anytime. This is the reality of India.”

The video has been clipped and joined in a way to represent a false claim.

Therefore, it is clear that Rahul Gandhi never made any statement that he would move to London, and his children will study in America and the viral video claiming it, is edited one from a video of his speech in Latur, Maharashtra.