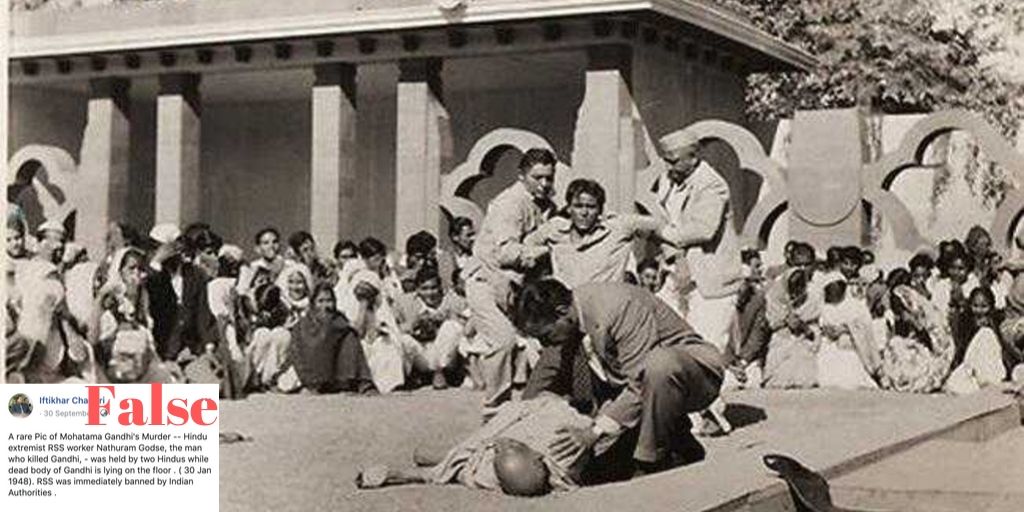 A picture claiming to be captured at the moment when Mahatma Gandhi was killed by Nathuram Godse became viral on social media on the occasion of the 150th birth anniversary of Mahatma Gandhi.

On September 30, a Pakistani journalist Iftikhar Chaudri shared a picture in which a man is lying on the ground and a young man who is held by two men in the background. This picture also had a caption that reads, "A rare Pic of Mahatma Gandhi's Murder -- Hindu extremist RSS worker Nathuram Godse, the man who killed Gandhi, - was held by two Hindus while the d

ead body of Gandhi is lying on the floor. (30 Jan 1948). RSS was immediately banned by Indian Authorities."

Several other social media users shared it to claim that the picture depicts the killing of Mahatma Gandhi. 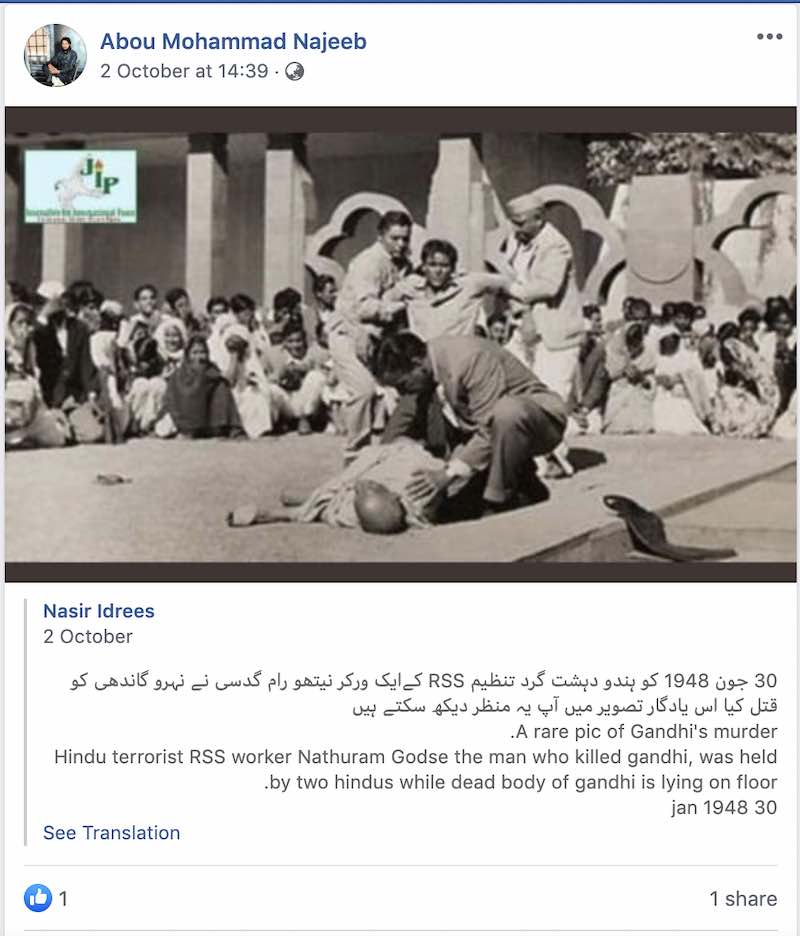 Still from a movie

We investigated to know the reality of this picture. We checked the comments posted on this picture which suggested that the picture is depicting an act on stage as people are sitting in the background in an organized manner. Usually, if someone is killed in a crowd, it creates a stampede.

After a simple google reverse image search, we found out that few links that lead to a screenshot from the movie ‘Nine Hours to Rama’, directed by Mark Robson in 1963. It is a fictional film that narrates the incident of Nathuram Godse assassinating Mahatma Gandhi.

The same picture is available on the IMDB page of the movie.

The relevant portion can be seen after 1 hour 54 minutes.

In the movie, the role of Godse is played by Horst Buchholz. Here is a comparison of the viral picture, still of the actor in the movie and the real picture of Godse. 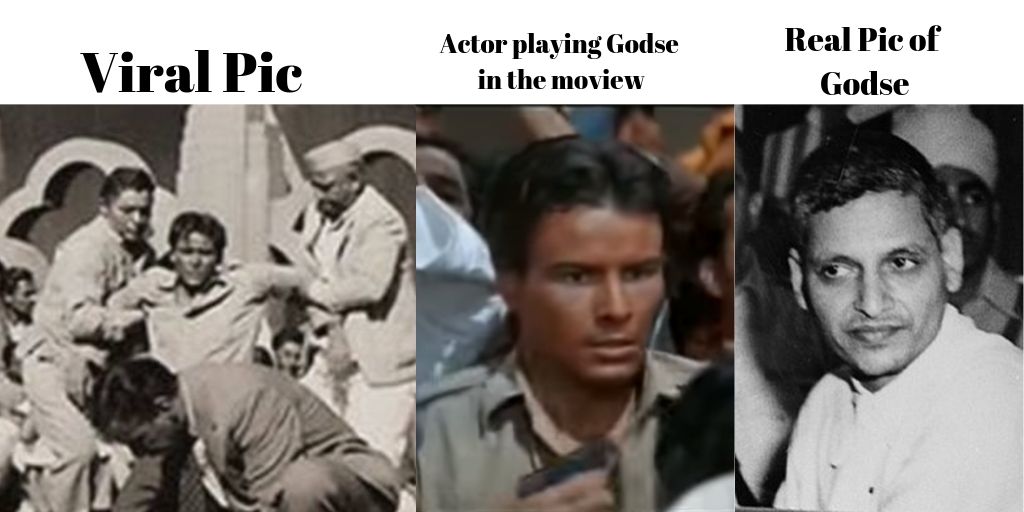 The facial similarities between Godse in the viral image and the close-up still from the film confirms that the image is either a still from the movie or the picture was clicked during the shooting.

Thus, it can be concluded that the viral image is a still from the movie ‘Nine Hours to Rama’, during the scene when Mahatma Gandhi was killed by Godse.

At 5:17 pm on 30 January 1948, Gandhi was with his grandnieces in the garden of Birla House (now Gandhi Smriti), on his way to address a prayer meeting, when Nathuram Godse fired three bullets into his chest at point-blank range.

According to some accounts, Gandhi died instantly. However, in other accounts, such as one prepared by an eyewitness journalist, Gandhi was carried into the Birla House, into a bedroom. There he died about 30 minutes later as one of Gandhi's family members read verses from Hindu scriptures.