No, Indian Airforce did not release the actual footage of Balakot Strike - It is a promotional video 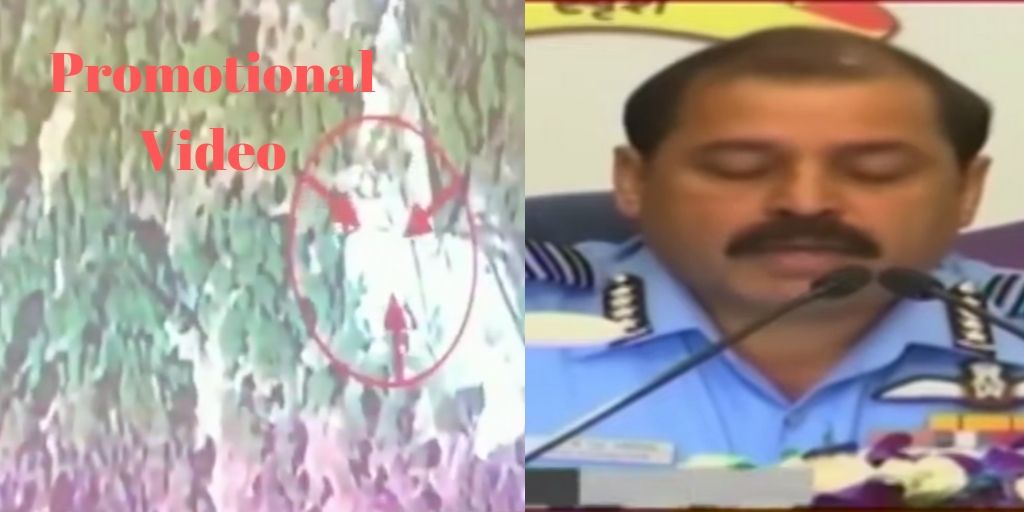 A representational video released by the IAF on the eve of Air Force Day was misreported by several media houses as real footage of the Balakot strike. Air Chief clarified during the press conference that there were “no shots of Balakot strikes in the promotional video.

Zee News claimed that the video released by IAF has the proof of Balakot strike. 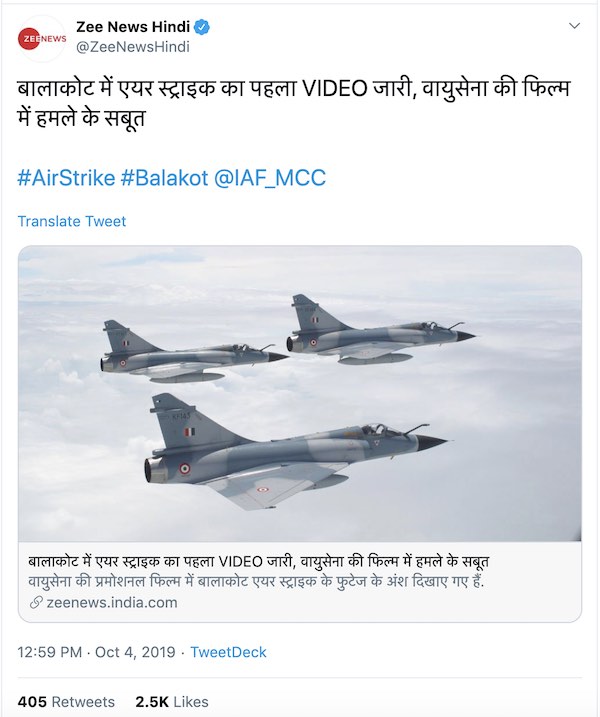 ABP News has now deleted the video from Youtube whose headline was clearly misleading which gave the first impression that the video contains the actual footage of the strike.

FirstPost also tweeted that IAF has shown the video clip of the strikes. The tweet reads, "Ahead of the press conference, the #IAF also showed video clips of the #Balakot strikes. '#Pakistan lost an F-16 and India a MiG-21 in aerial engagement with the Pakistan Air Force a day after the strikes', chief RKS #Bhadauria said". 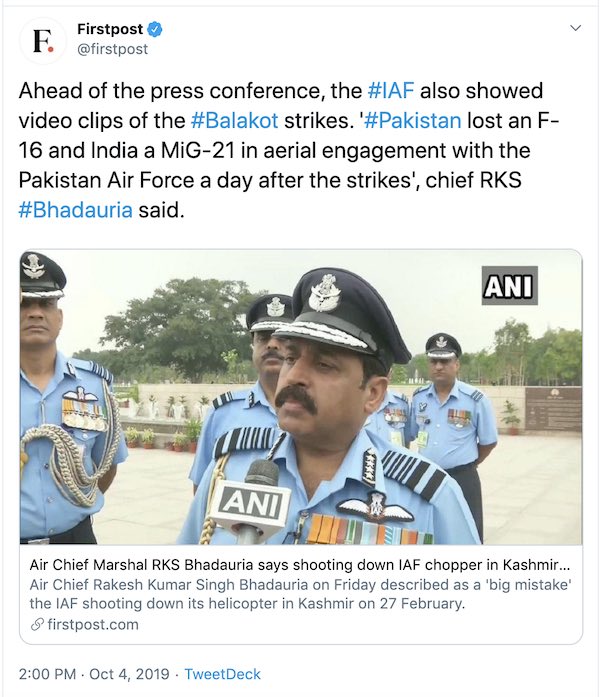 Promotional Video, No actual Footage of the strike

On Oct 4, ANI tweeted that the Indian Air Force has showcased the story of the Balakot aerial strikes in a promotional video at the annual Air Force Day press conference by Air Force Chief Air Chief Marshal Rakesh Kumar Singh Bhadauria. You can watch the promotional video here:

Sidhant Sibal, Principal Diplomatic & Defence Correspondent of WION News tweeted that the Air Chief clarified during the press conference that there were “no shots of Balakot strikes in the video.”

You can watch the full press conference here:

A bizarre allegation by Pratik Sinha, co-founder of AltNews

Pratik Sinha who is known for misquoting people (selectively using facts/ hiding facts) in the name of fact-checking (case1, case2) alleged that the Indian Airforce is doing the job of BJP IT cell since the video was released weeks before the election. 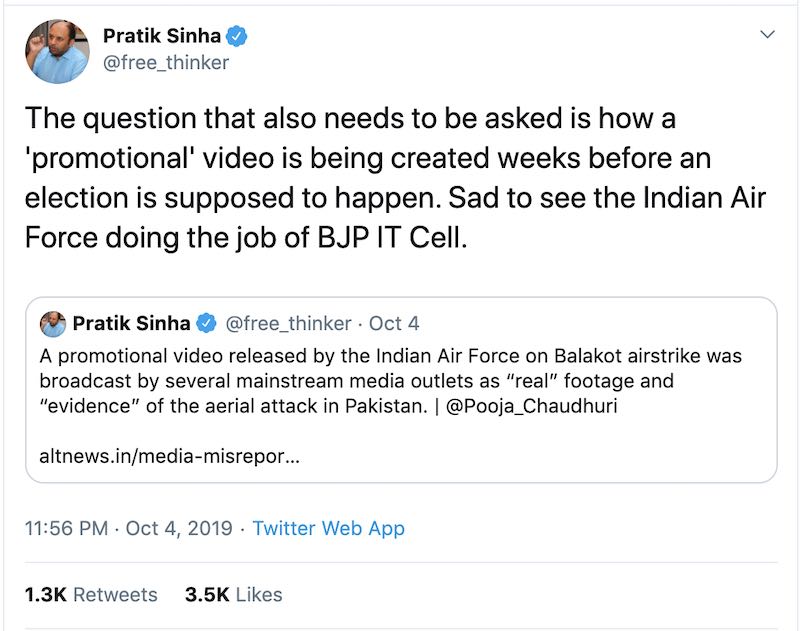 When called out for his bizarre allegations against the IAF, he claimed that since this is the first time IAF has released a video on the eve of Airforce day, IAF is being used for politics.

It is a common practice for armies across the world to release such promotional videos. On September 27, a promotional video was released by the Chinese People's Liberation Army (PLA) Rocket Force.

Since the video of IAF was released on the eve of Airforce day which falls on Oct 8, it is highly deplorable on part of Pratik to compare IAF with BJP IT Cell.