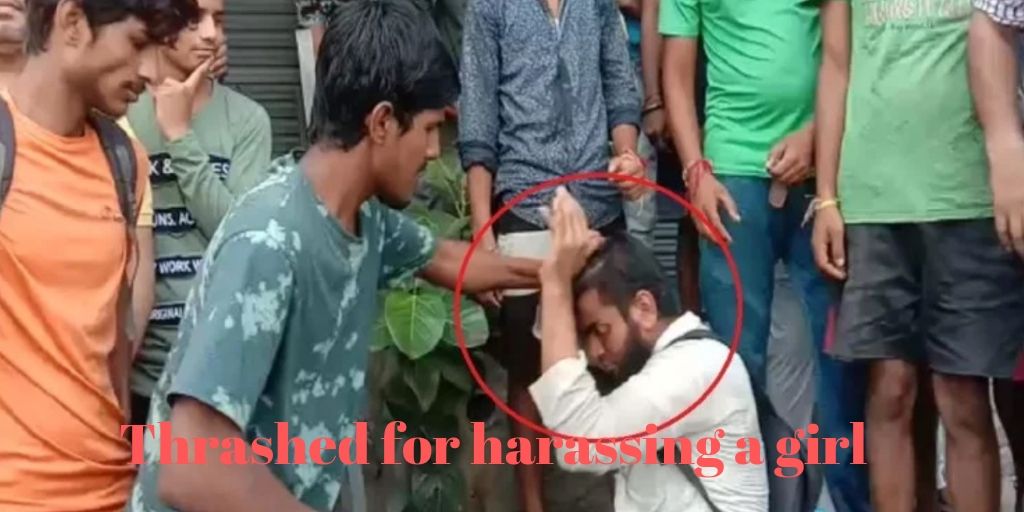 The video of a man getting thrashed for allegedly molesting a girl in Meerut is being shared as a video of the murder of a Madrasa teacher in Delhi.

A video of a mob brutally thrashing a man in the middle of a market is getting viral on social media with a claim that a man is being beaten to death for not buying headphones that he bargained for outside Old Delhi railway station. You can watch the video here:

The official Facebook page name Delhi Pradesh Youth Congress posted a video with a claim that "Another picture of stigma appeared on the forehead of civilized society, this young man lost his life over a minor quarrel over buying headphones outside Old Delhi railway station". (roughly translated from Hindi) 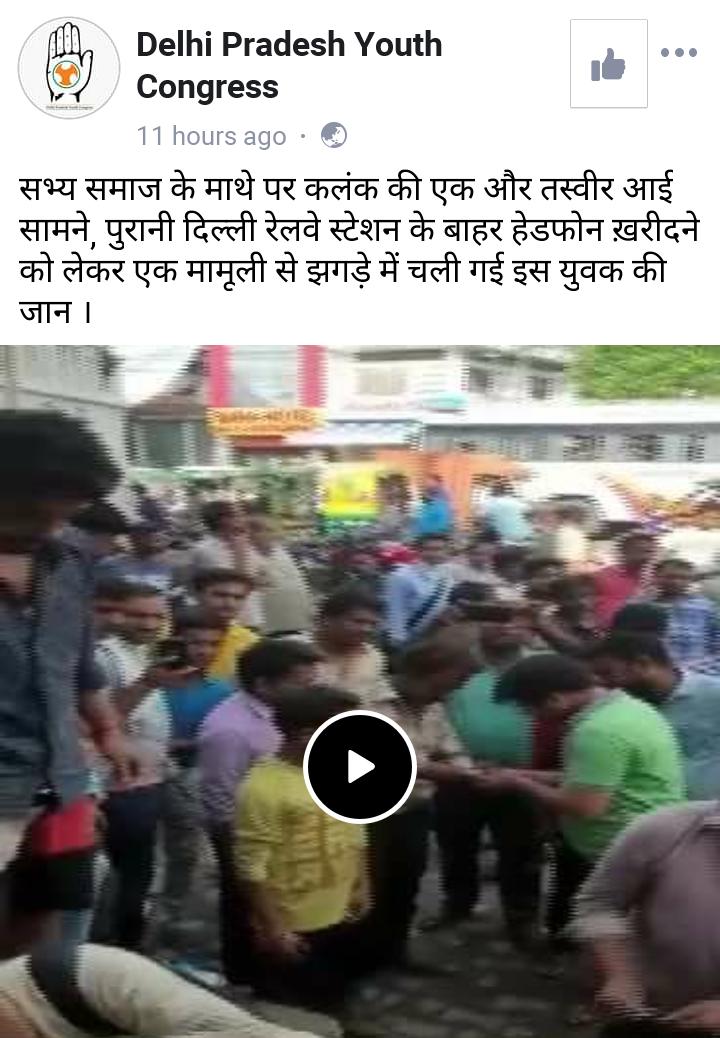 The same video is also getting viral on Twitter. A user Najir Hasan tweeted the video to claim that a Muslim man is being beaten by a mob. 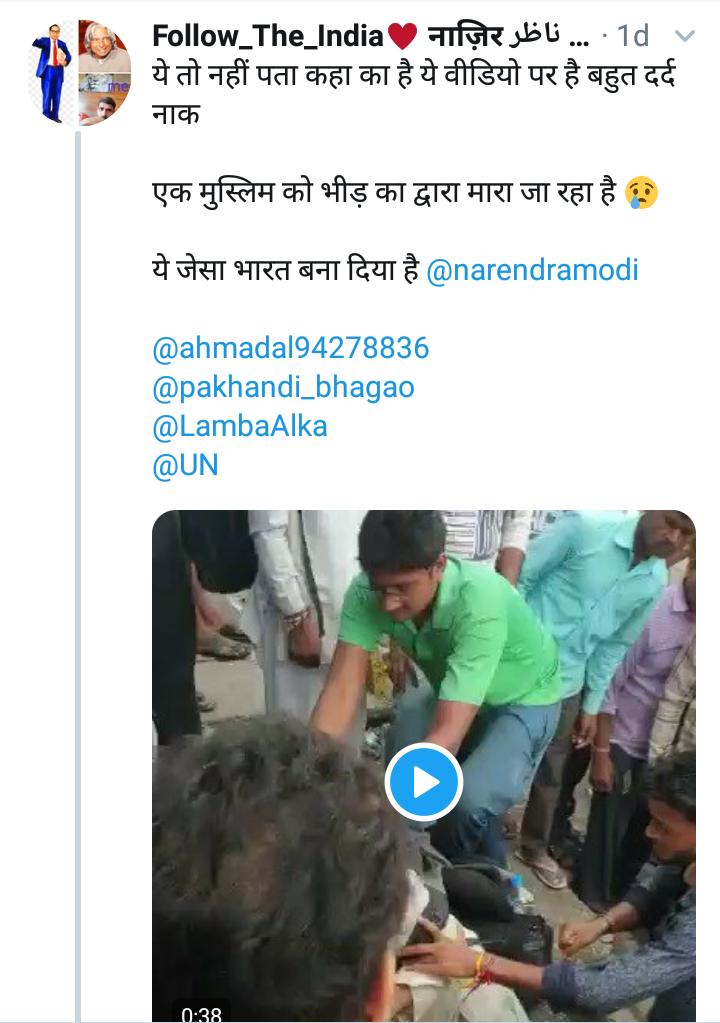 Executive Editor of TV9 Bharatvarsh, Sameer Abbas also tweeted the video to claim that the man being beaten is a Madrasa teacher who was beaten to death by a mob outside Old Delhi Railway Station. 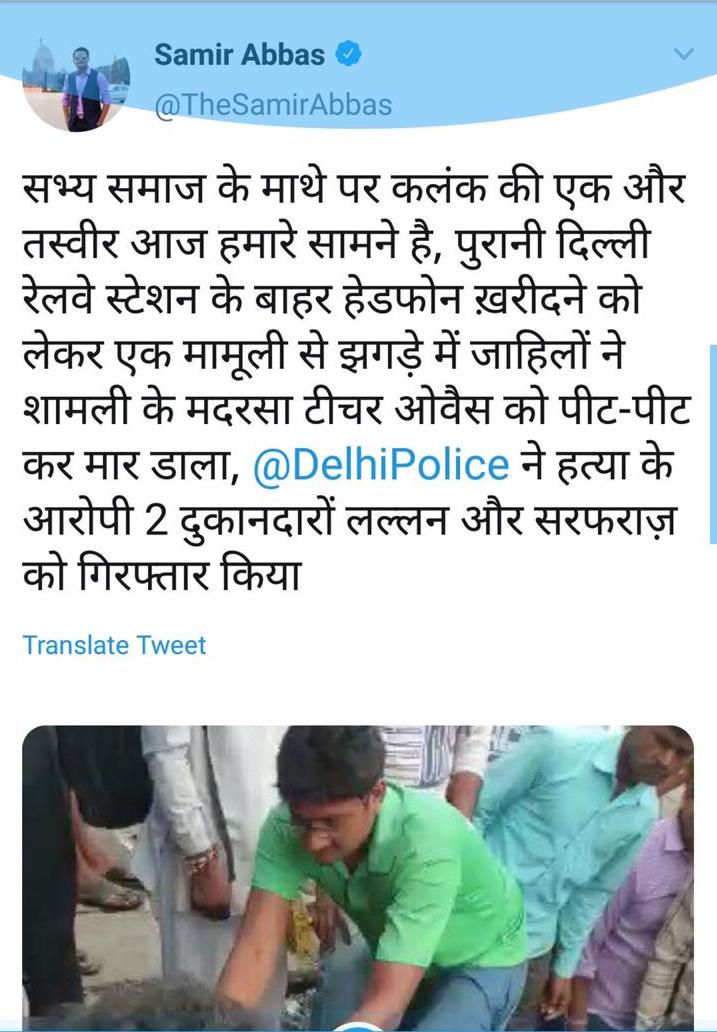 Video from Meerut - A case of molestation

We found that the incident happened on Monday and the video is from Meerut in Uttar Pradesh where a man was allegedly beaten up for harassing a woman and the viral video has nothing to do with the Old Delhi incident.

According to a report, the incident took place when the man allegedly molested a girl in a moving bus. On the complaint of the girl, the passengers took him down from the bus and started thrashing him.

It has been reported that the accused is from the minority community and has been arrested by the police. However, police have denied any communal angle in the case. 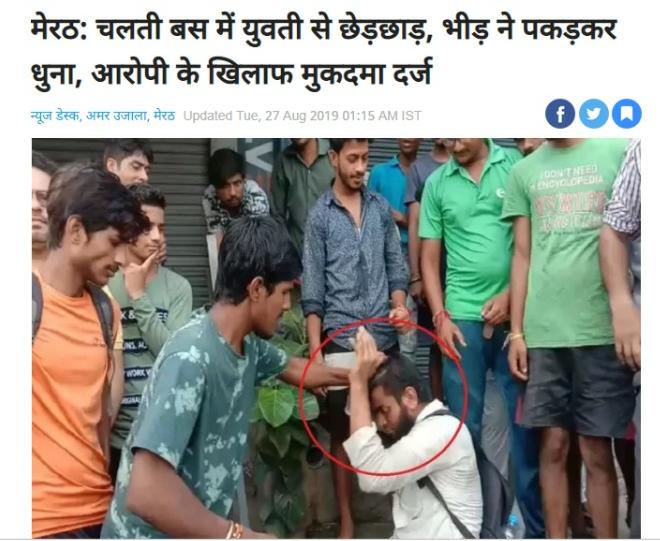 The same video is also published by Times Of India.

Murder of a Madrassa Teacher in Delhi: No communal angle

We also found a report on the viral claim that a 27-year-old madrasa teacher was beaten to death by two hawkers outside Old Delhi railway station after he refused to buy a pair of headphones. Mohammad Owais from Uttar Pradesh’s Kandhla arrived at the railway station and asked hawker about the price of a pair of headphones after which he left without buying the accessory. The hawker started abusing when Owais asked him to stay away. The accused then called another hawker and they started beating him.

The incident took place outside Old Delhi railway station but it happened on Monday night.

Additional Deputy Commissioner of Police (North) Harendra Singh denied the communal angle in the incident and said that the accused Lallan and Ayub alias Sarfraj were arrested within a few hours of the incident.

Moreover, one of the accused is a Muslim himself. Hence, it can't be termed as a communal incident.

Conclusion: The viral video of a man getting thrashed for allegedly molesting a girl in Meerut is being shared as a video of the murder of a Madrasa teacher in Delhi.