Fact Check: Was an old man not allowed to board the train due to his attire like Mahatma Gandhi? 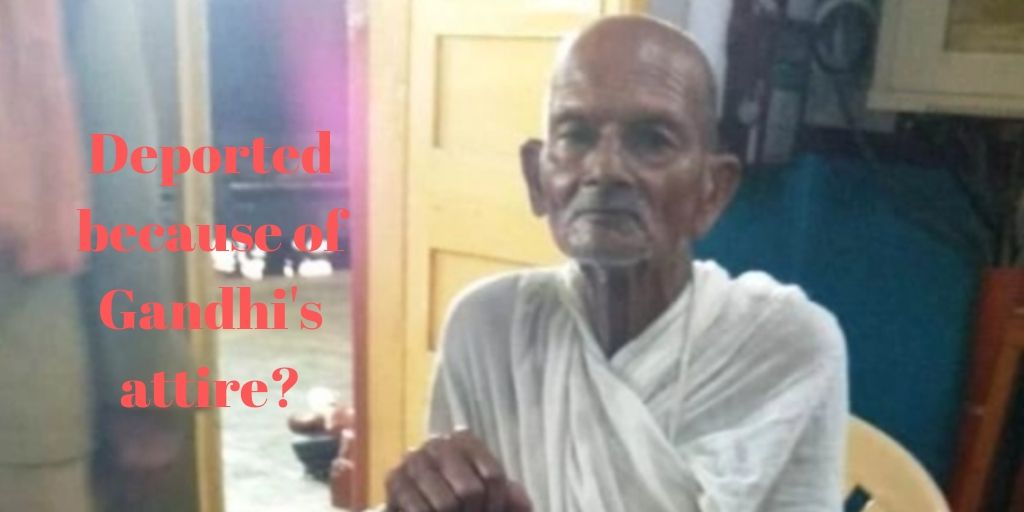 The claim is false that an old Dhoti clad man was deported from the Shatabdi Express due to his attire. He was asked to board his correct coach as he went to the power car.

On Thursday an 82 years old man Baba Ram Awadh Das was denied entry into the reserved coach of Shatabdi Express by the coach attendant despite having a confirmed ticket to travel to Ghaziabad. The media widely reported that the man was not allowed to board the train because of his attire in a dhoti and had a cloth bag along with an umbrella.

Reputed media like AajTak, News18 also cover the report with the same claim. 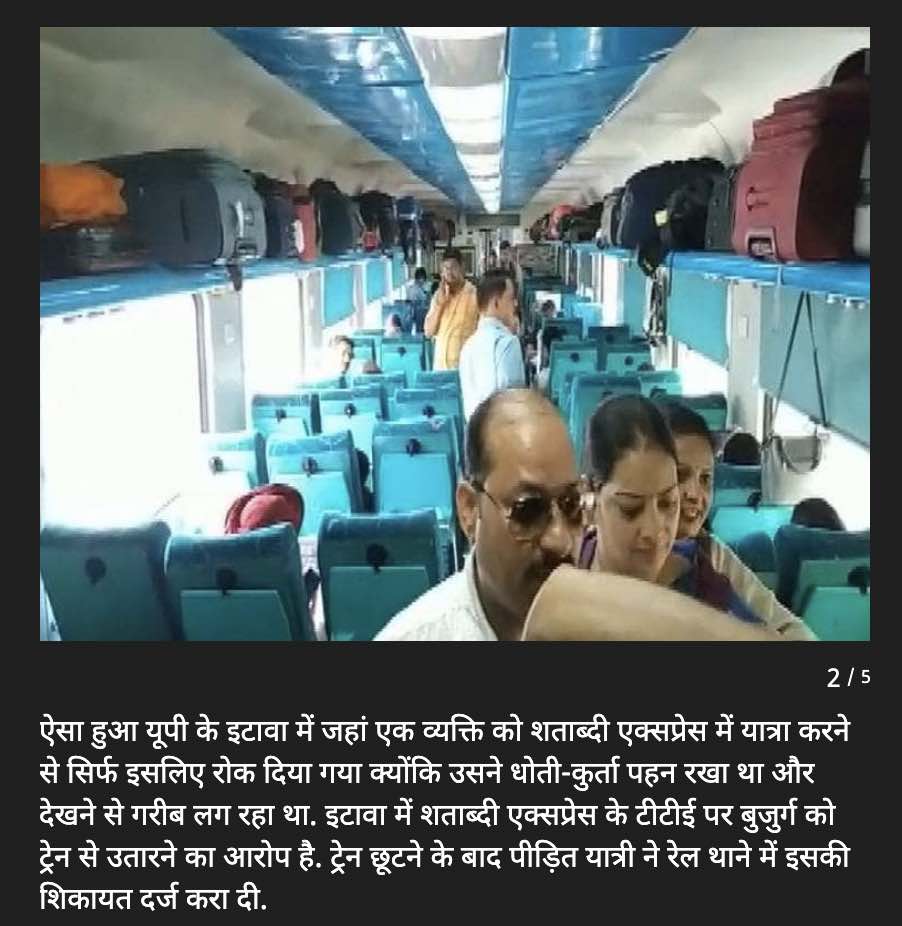 The claim is further going viral on social media. A Samajwadi Party Spokesperson from Lucknow Jitendra Verma tweeted "Modi Ji brought back the English rule. Back on 7th June 1893, Mahatma Gandhi Ji was removed by the British because he was black, at Etawah Junction, an elder man was deported from the train because of his Gandhi's attire". 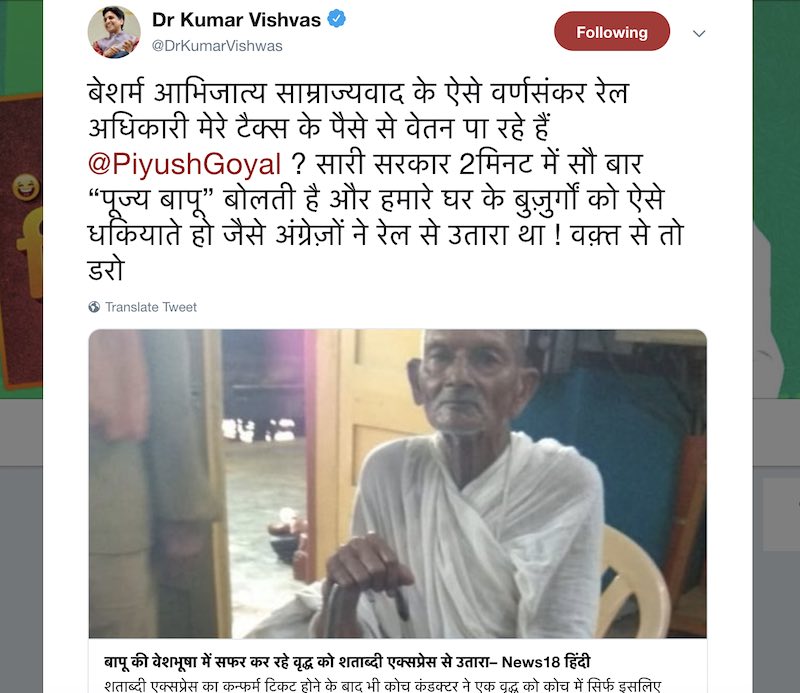 As per the inquiry report, the elderly passenger had wrongly boarded power car and was told to board another coach. Since the train had just two-minute stoppage at Etawah station, it left by the time he managed to reach another coach.

It is confirmed by talking to the phone by Ram Awadh Das himself.

A news report of Jagran states that Ram Awadh Das met station master Prince Raj Yadav and narrated his ordeal, the officer offered him a seat in Magadh Express, which was to come next, but Das declined the help saying that he had been insulted by the Railways and wrote his complaint in the logbook with the station manager. Then, instead of the train, he left for Ghaziabad by bus. 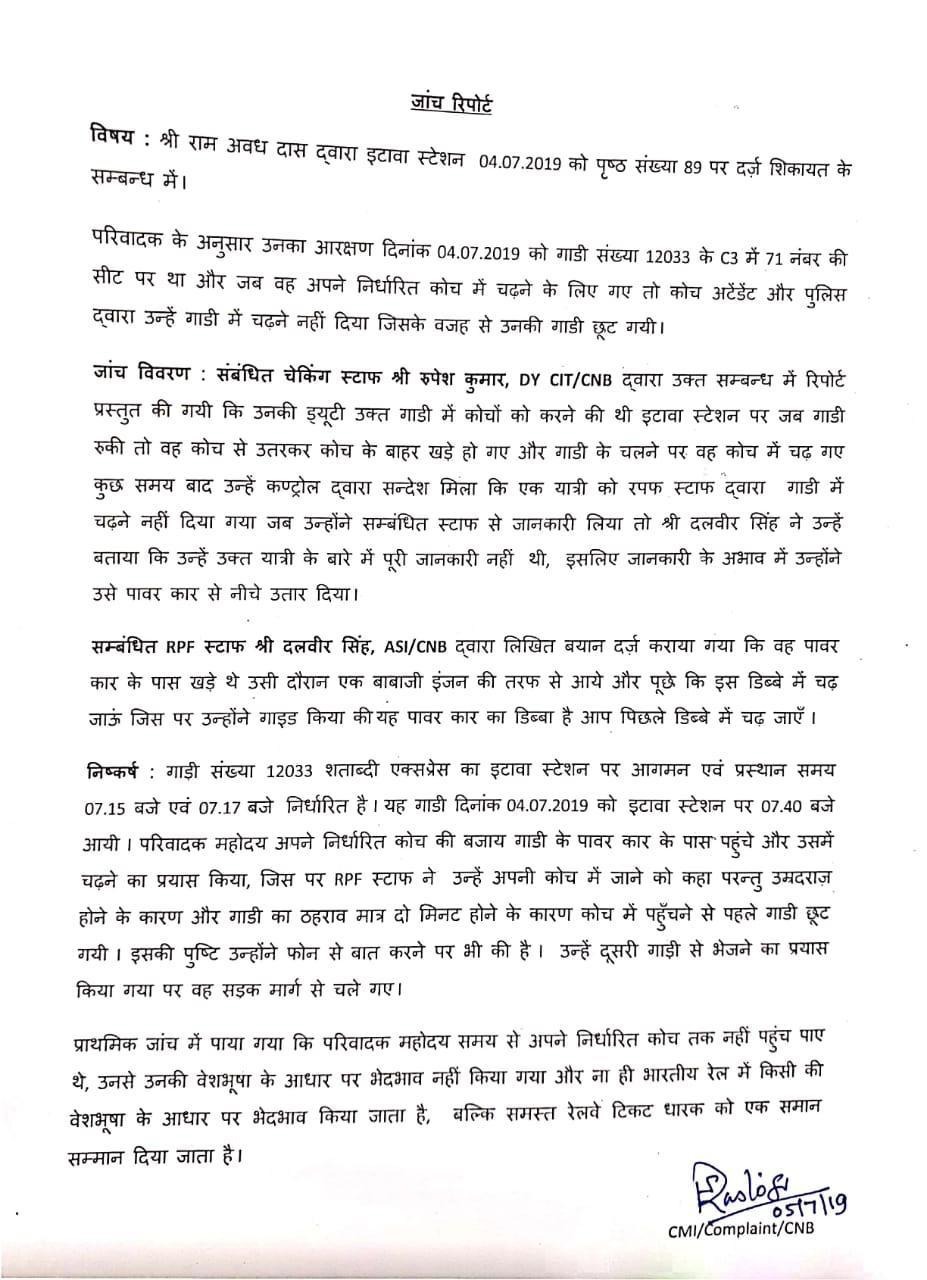