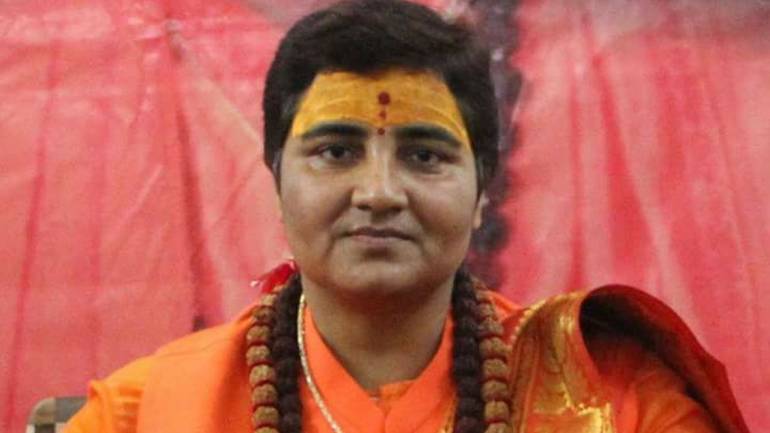 The discussion on Panchagavya's use as a potential medicine will go on but Sadhvi Pragya’s claim that she recovered from cancer due to Panchagavya seems to be false since there is enough evidence that she took medical help.

It is true that cow urine has been granted US Patents (No. 6,896,907 and 6,410,059) for its medicinal properties, particularly as a bioenhancer and as an antibiotic, antifungal and anticancer agent

Pragya Singh Thakur a BJP candidate from Bhopal on 22 April, talking to India Today had proclaimed that “A mixture of cow-mutra and other cow product cured my cancer. This comes after her taunt on Hemant karkare, where she said “Karkare died because of my curse.” Hemant Karkare was the officer who spearheaded the Malegaon investigation in 2008.

On Friday 26, April, Yoga Guru Baba Ramdev too came in support of controversial candidate saying “She is a nationalist and was afflicted with cancer because of torture in jail.” 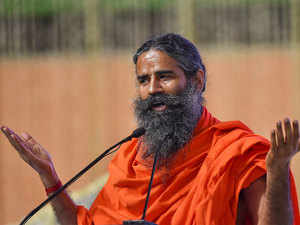 The Times of India report, however, debunks the of Pragya Singh Thakur’s claim above. Dr. SS Rajput who heads the cardiothoracic and vascular surgery department at Ram Manohar Lohia Hospital in Lucknow, said, “Pragya opted for surgery after she was diagnosed with cancer in 2011. “

“I have operated upon her three times in 2007, 2008 and 2017 to check the spread of cancer in her body. The doctor recalled his first interaction in 2008, where he was empanelled doctor. In due course of time (exact year not mentioned) a lump was identified in her right breast which was removed", the Times of India report brings out.

“In January when she came to the hospital during Kumbh we got all her tests done an found no residual cancer in her body. Dr Rajput said. In 2011 the surgical site developed swelling and she suffered pain. She reached out to me again. I surgically removed two third of her right breast. The third surgery was performed in 2017 at RML after the Malegaon accused was out on bail.”

The Times of India report further extends: revaluation further revealed resurgence of precancerous cells in both the breasts. Accordingly a preventive and prophylactic procedure was planned.

Besides the claim above, Pragya Singh Thakur statement that cow urine and cow products can cancer have drawn flak from The Tata Memorial Centre Director Rajendra Badwe, one of the senior onco surgeon in the country said “There hasn’t been any shred of evidence to show that cow urine or other cow product were remotely useful in treatment of cancer.” A statement published in Mumbai mirror brings about. 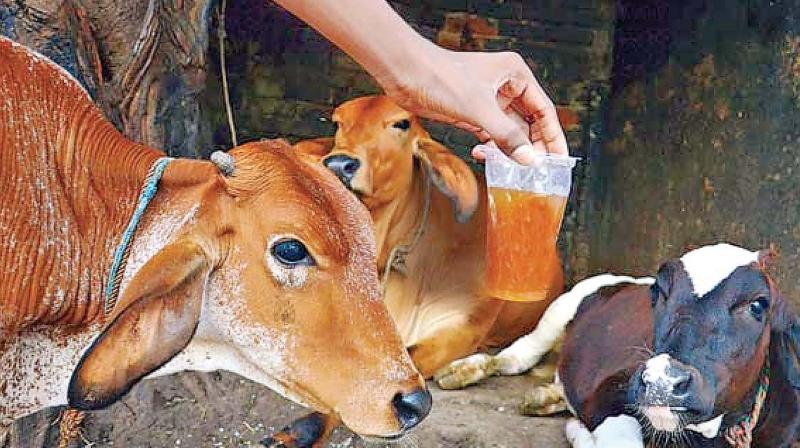 Doctor Pankaj Chaturvedi, deputy director at Tata Memorial Hospital and senior head and neck oncology surgeon said: “Such statements can misguide people who reach out to hospitals only at an advanced stage of cancer.”

The Mumbai mirror report further quotes Doctor Sultan Pradhan, top surgical oncologist at Prince Aly Khan and Breach Candy Hospitals said,” claims like that of Pragya Singh Thakur should not be endorsed “Every day I see such patients who go for such non-evidence based treatment and by the time they reach hospitals it’s too late.”

The Mumbai Mirror report categorically rule out Pragya Singh Thakur suffering from cancer, which appears contradicting from The Times of India report.

While the BJP candidate has claimed that she was diagnosed with cancer in 2010. The Mumbai Mirror in its report quotes, the statement of the then dean of JJ, Dr. TP Lahane “There were no signs Pragya was suffering from a major ailment. The C2 125 breast marker test to determine cancer was negative. Her MRI scan report was absolutely normal and so was the ECG report.” Further, the Doctor SS. Rajput statement endorses the fact that BJP candidate from Bhopal was diagnosed with cancer in 2011.

Panchagavya's potential as a medicine

While the benefits of Panchgavya in organic farming is well documented, a few research are being conducted to use it as a cure for several diseases.

Panchgavya has been elaborately explained in Ayurveda and described in “Sushruta Samhita”, “Ashtanga Sangraha” and other Ayurvedic texts as an effective medicinal substance/secretion of animal origin with innumerable therapeutic properties.

Gomutra is not a toxic waste material. 95% of it is water, 2.5% consists of urea, and the remaining 2.5% is a mixture of minerals, salts, hormones and enzymes. Gomutra exhibits the property of Rasayana tattwa responsible for modulating various bodily functions, including immunity. It augments B- and T-lymphocyte blastogenesis; and IgG, IgA and IgM antibody titers in mice. It also increases secretion of interleukin-1 and interleukin-2, phagocytic activity of macrophages, and is thus helpful in the prevention and control of infections.

Cow urine has been granted US Patents (No. 6,896,907 and 6,410,059) for its medicinal properties, particularly as a bioenhancer and as an antibiotic, antifungal and anticancer agent. With regard to the latter, it has been observed to increase the potency of “Taxol” (paclitaxel) against MCF-7, a human breast cancer cell line, in in vitro assays (US Patent No. 6,410,059).

Some of the milestone achievements highlight the potential role of cow urine in treatment of bacterial infections and cancer, and demonstrate that cow urine can enhance the efficacy and potency of other drugs.

As per TOI report, Biotechnology scientists at Junagadh Agriculture University in Gujarat have succeeded in their first attempt to kill cells using cow urine. They claim that cow urine can cure most types of common cancers such as those of mouth, cervix, lungs, kidney, skin, and breast. However, this hasn't been reviewed by any peers to validate the findings of the research.

While the discussion on Panchagavya's use as a potential medicine will go on, Sadhvi Pragya’s claim that she recovered from cancer due to Panchagavya is false since she took medical help.

Sadhvi Pragya a terror accused has spent 9 years in jail after she was arrested in connection with 2008, Malegaon blast case, Maharashtra for alleged involvement in hatching a conspiracy between January and October 2008. Pragya Singh Thakur popularly known as Sadhvi Pragya, a right-wing Hindu activist is prime accused along with 14 members linked radical Hindu outfit Abhinav Bharat. 6 people were killed and over 100 were injured in the Muslim dominated region when a bike strapped with explosives went off near a mosque. 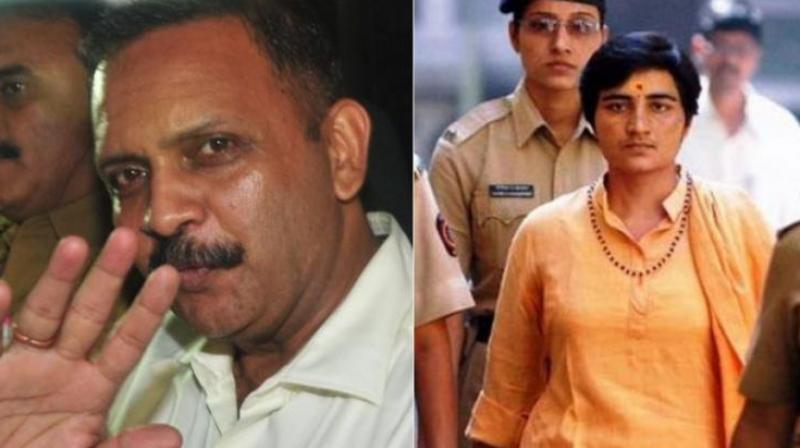 Born in Madhya Pradesh, and an active ABVP (Akhil Bharatiya Vidyarthi Parishad) member, she had campaigned for BJP in state before her arrest in 2009. An The Indian Express report brings out that her father was an active RSS activist.

The National Investigation Agency (NIA) took charge of the case in April 2011 and filed a charge sheet in 2016. This charge sheet said that there was no evidence to link Sadhvi Pragya to the case and, therefore, she should be discharged.

MCOCA was dropped against Sadhvi Pragya as per the recommendation by NIA but the court dismissed the agency's plea for her acquittal and ordered that she would face trial under the UAPA. The court said that both ATS and NIA charge-sheets have to be evaluated on merits during the trial.

You can read more about this case in our earlier post about Sadhvi Pragya:

Separating facts from rumours: Sadhvi Pragya's acquittal and terror charges against her

Sadhvi Pragya joined BJP on 17 April and is fielded against congress’s Digvijay Singh.