Fact Check: Did a TMC MLA pull out a gun during live television debate? 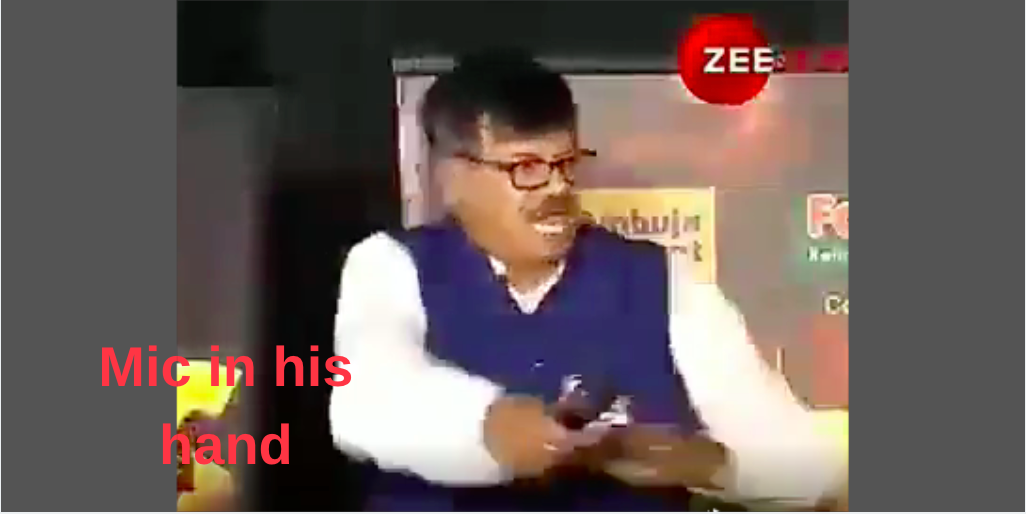 No, TMC MLA did not pick up a gun during the debate and it was just a mic.

A tweet attached with a video clipped shared by Twitter user @PiyushSinghk shows a TMC MLA gets angry and snatch something in his hand during a live television debate. Some said that it looks like a gun including Piyush who’s tweet and video has around 19k views.

He tweeted "TMC MLA pulls out Gun during live TV debate. This is happening in India and we are talking of intolerance. Unbelievable but not shocking ! #MamtaKeGunde". 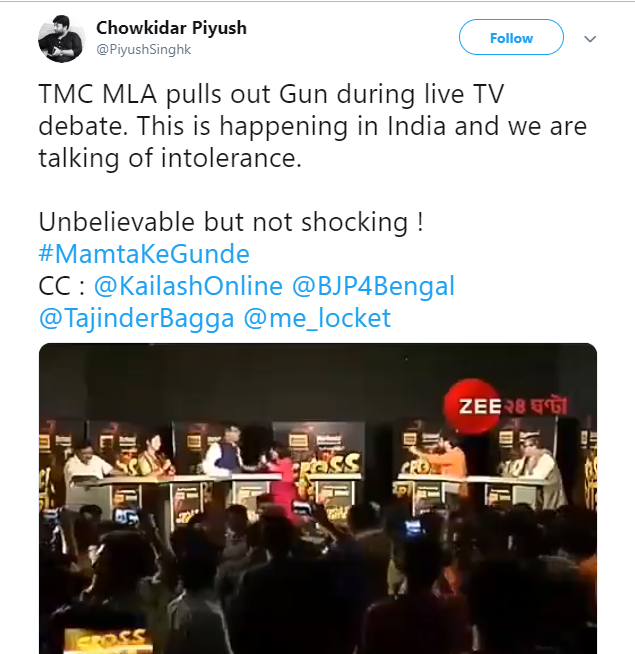 The object in MLA's hand is Mic, not a gun

We analysed the video and found that the object carried by the MLA is just a mic. This can be confirmed from the screenshots of the video.

It can also be seen that the MLA who had expressed his temper is State Minister Rabindra Nath Gosh. The debate was live telecasted by Zee24Ghanta and it started getting heated following accusation of corruption when the BJP leader involved the TMC leader’s son in the debate. This highly triggered the TMC leader and he got quite aggressive by snatching the mic kept on the table and showed attacking motion towards the opposition.

The action of the TMC MLA is obviously seen to be inappropriate especially on television. However, spreading false claims that he pulled out a gun is not right. Furthermore, several users on Twitter and Facebook spread this video virally with similar claims. Though some of them pointed out that it was not a gun, most of them believed the false information and spread it. 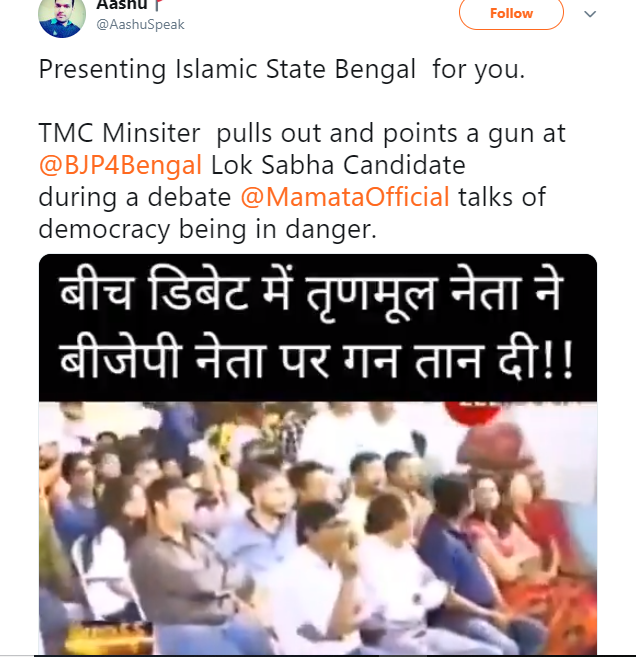 The video is viral on Facebook as well. You can see all such posts here. 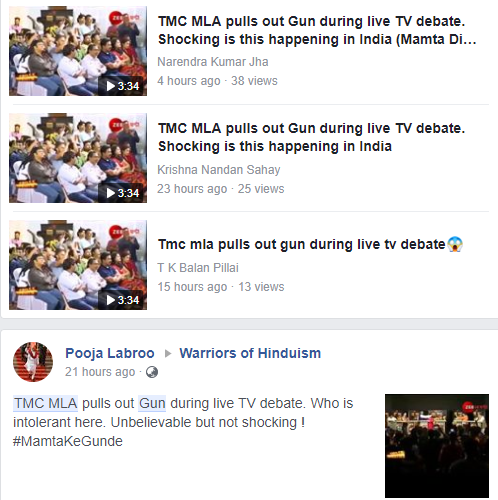 In conclusion, the TMC MLA did not pick up a gun during the debate and it was just a mic. It is also to be noted that the person who’s tweet initially went viral regarding this issue has still not taken his tweet down.

It is indeed saddening to see fake news spreading so virally on social media especially news which can be debunked as fake with simple methods. Anyone who shares such fake news without basic verification has to be condemned for the same. It is more shameful that people with good reach on social media sharing fake news to their many thousands of viewers.