Fact Check : Did PM Modi use an offensive word while addressing a rally? 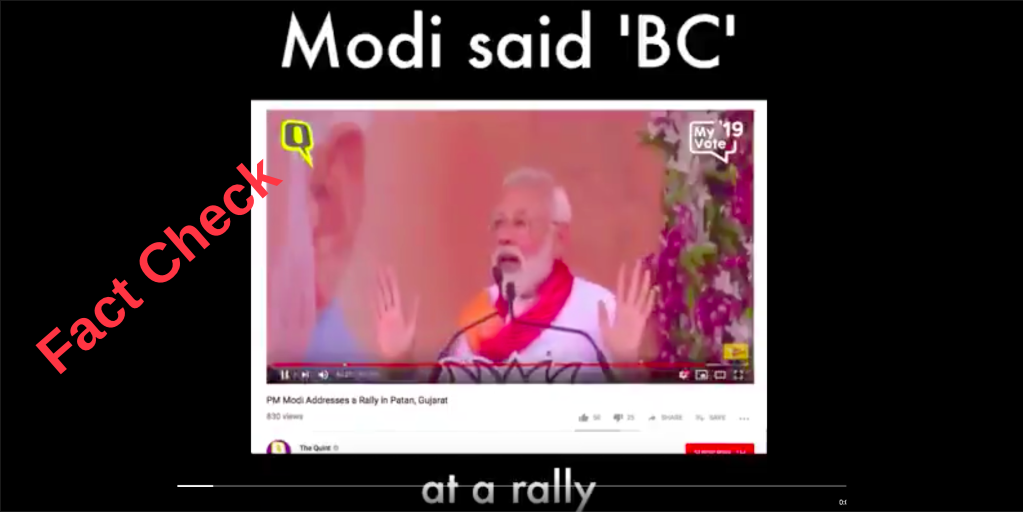 Gaurav Pandhi and several other social media users falsely accused PM Modi of using abusive words in his speech. He said in Gujarati “paani thavain chhe” which can phonetically sound like an abusive word if heard repeatedly.

On 21st April, user Gaurav Pandhi tweeted a video to claim that PM used an abusive word in his speech. His tweet reads:

What kind of language is this Mr. PM? Does it beholds the Prime Minister of the country to use profanity and that too publicly? Shocking beyond belief !! Have some respect for the chair, if nothing else. ??

According to his Twitter bio, he is a political consultant and strategist who is also a supporter of Congress. In this tweet, it can be seen that a small portion of the PM’s speech is taken and looped several times to apparently point out an abusive word used by PM Modi. This particular video has around 367k views and several people have pointed out that the PM has not used an offensive word.

Here is the video tweeted by him:

The video was also tweeted by Congress leader Arjun Modhwadia.

Pratik Sinha, the co-founder of a left-leaning fact-checking portal Alt News wrote on Twitter: "He didn't say anything like that. This is pathetic. Ask anybody who understands Gujarati".

Looking into detailed explanations will serve as a support to their claims. Firstly, the PM addressed the crowd in Gujarati. According to translation provided by Opindia, the PM said “Loko em keh chhe bhavishya ma ladaiyo paani thavain chhe. Ala bhai badha koh chho paani ni ladai thavain chhe to pachhi ame atyar thi paani pehla paal kem na bandhiye?” which translates to “People are saying that in future the world will fight over water. If people are going to fight over water in future, why don’t we build a dam before such a crisis arise?” The part of the video that was looped was PM Modi saying “paani thavain chhe” which when looped again and again sounds like an offensive word. Several users called out Pandhi for editing the video to spread propaganda.

The translation is also backed by India Today.

The user had edited a video posted by The Quint and this was pointed out by the official twitter handle of The Quint. Video of the speech can be seen here. 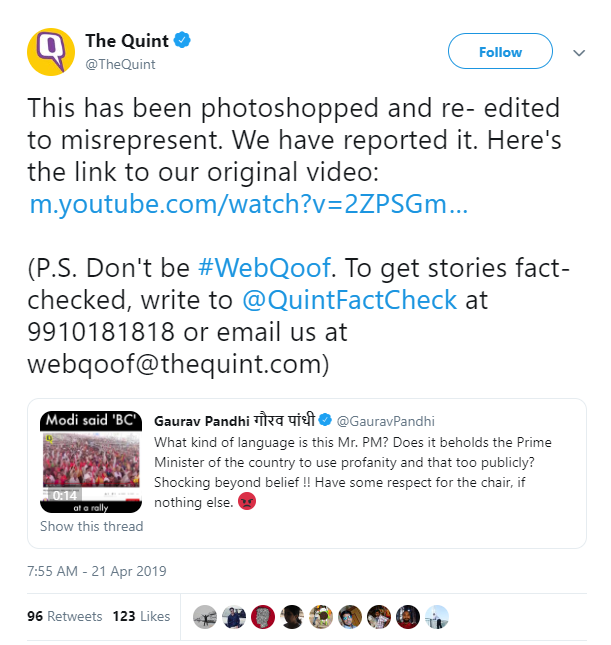 But Mr. Pandhi claimed that it is the same as the original video posted by them. 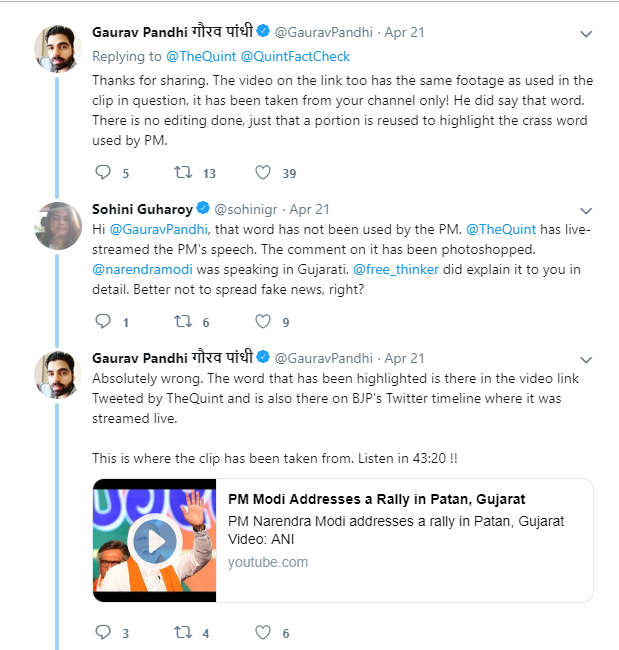 Pandhi did not waver from his stance even after being called out multiple times by several users. He even claimed that he had verified it with several Gujarati speaking people even though several users proved him wrong. This claim of his was supported by several Congress members and supporters including Arjun Modhwadia who is a Gujarati Congress leader. People expressed their disappointment about the extents some groups go to spread propaganda, especially during the election period. 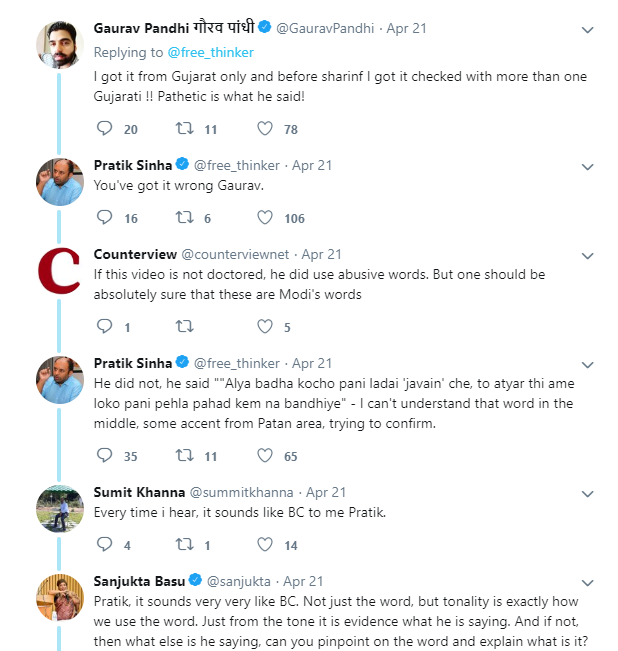 In conclusion, it has been proven that PM indeed did not use an offensive word while addressing the rally. It should also be noted that the original tweet has not been acknowledged to be false by the user nor has it been taken down.