Al Jazeera's tweet says the Taliban has begun abducting minor girls in Afghanistan and killing parents resisting the move is fake. The viral screenshot on the abduction of minor girls is morphed and no such tweet has been posted from the Twitter handle of Al Jazeera.

A screenshot of a tweet purportedly by the Al Jazeera account is being shared on social media in the backdrop of the Taliban, that took control of Afghanistan, stating that it will respect women's rights within the framework of the Sharia (Islamic law).

The tweet reads, "Taliban started abducting minor girls from their home. The parents who are refusing to give their daughters to the Taliban are being killed by Taliban Fighters,”. The post also carried a picture of a bleeding girl surrounded by Islamist fighters. 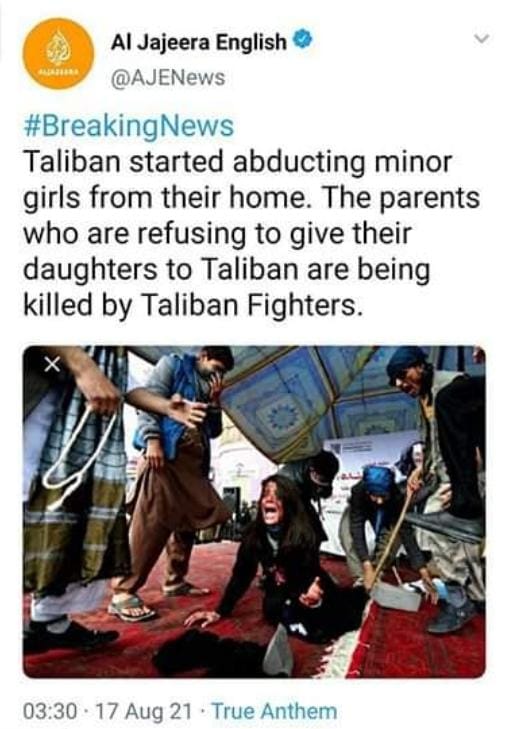 A Facebook user name India272+ has compared two tweets one by the NDTV report and other tweets purportedly by the Al Jazeera account with the caption "Taliban lover NDTV". The Hindi text on the graphic suggests NDTV broadcast reporting that the Taliban is not as violent as it used to be. The alleged Al Jazeera tweet shows the Taliban is abducting minor girls and killing the ones who aren’t cooperating. 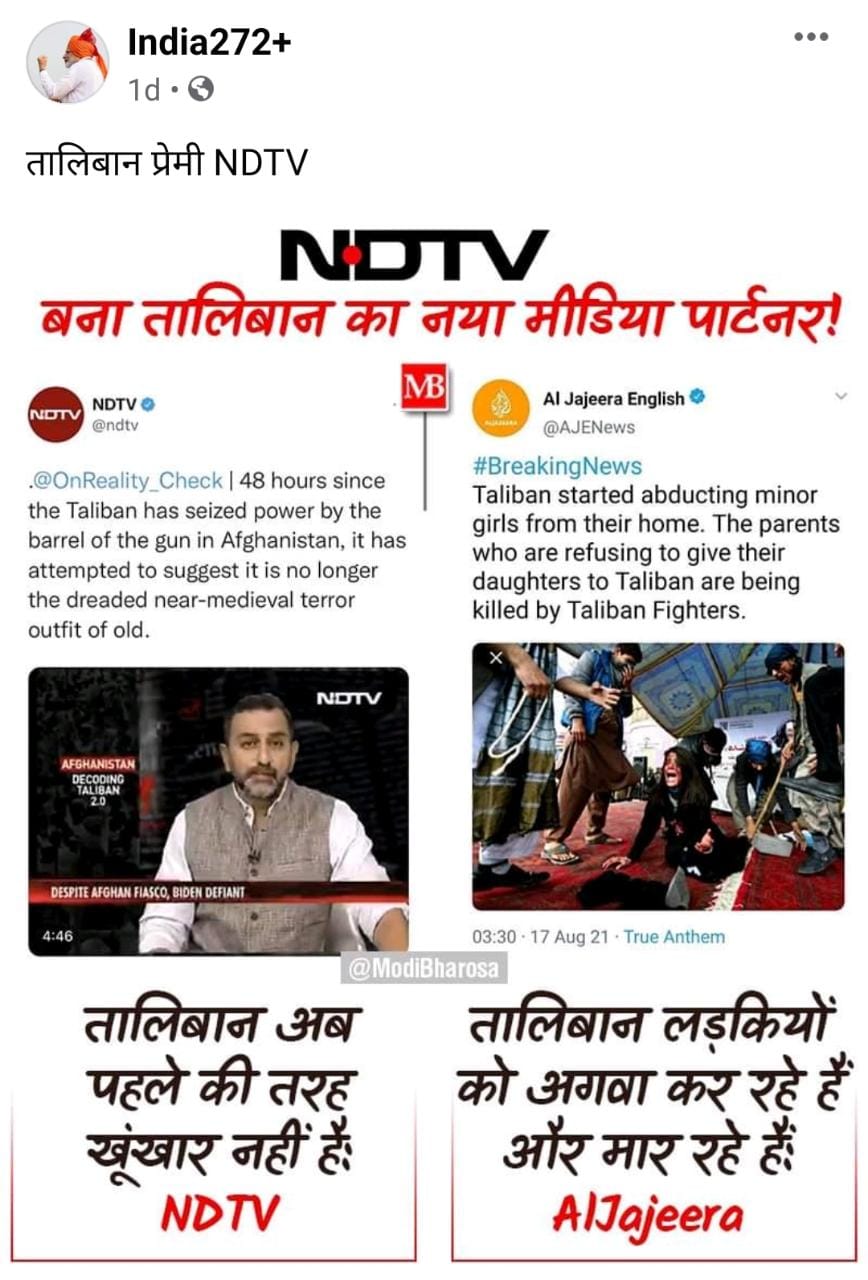 In our investigation, we found that the viral tweet is misleading. It is not the real account of Al Jazeera.

We went through the Twitter timeline of Al Jazeera English looking for the claim made in the viral tweet, but we could not find any post regarding the same. 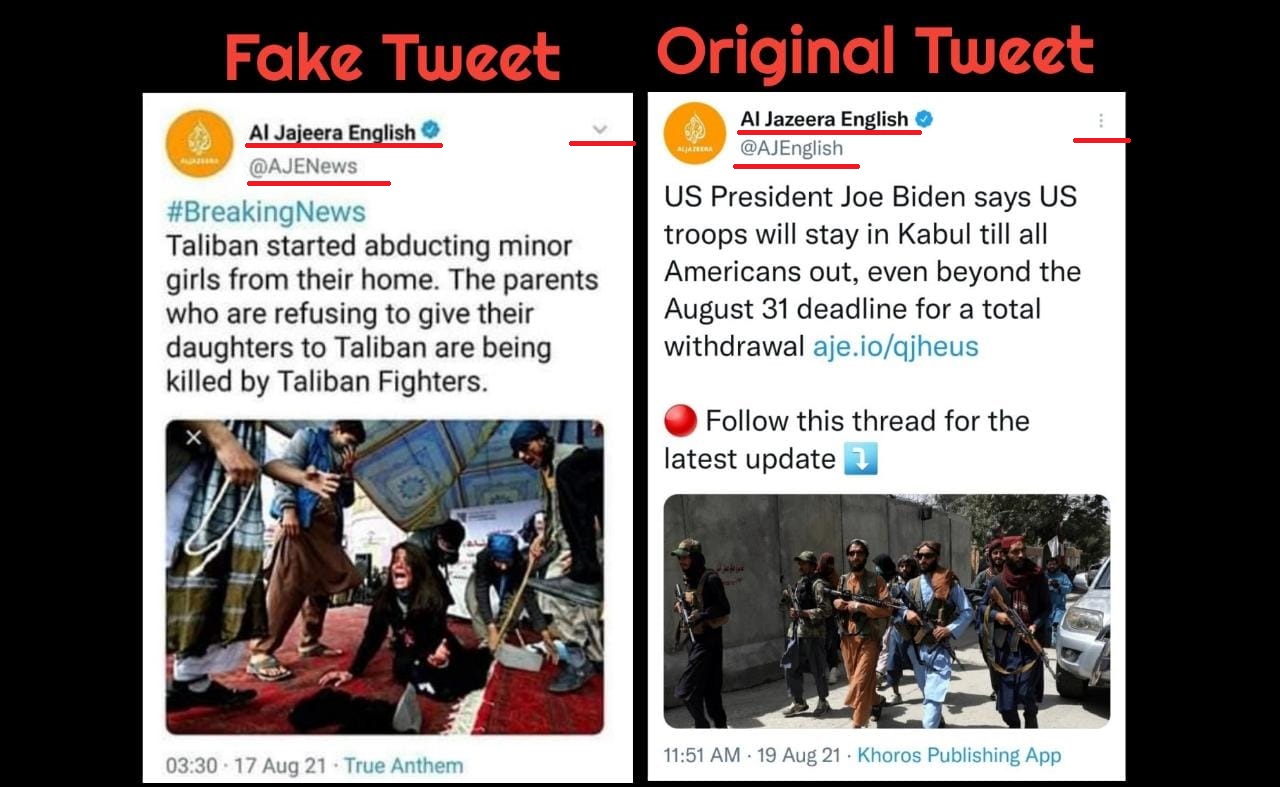 To know the reality of the viral image, we did a reverse image search on Google and found a news report of the “Los Angeles Times” published in 2016 in which the viral image is used. 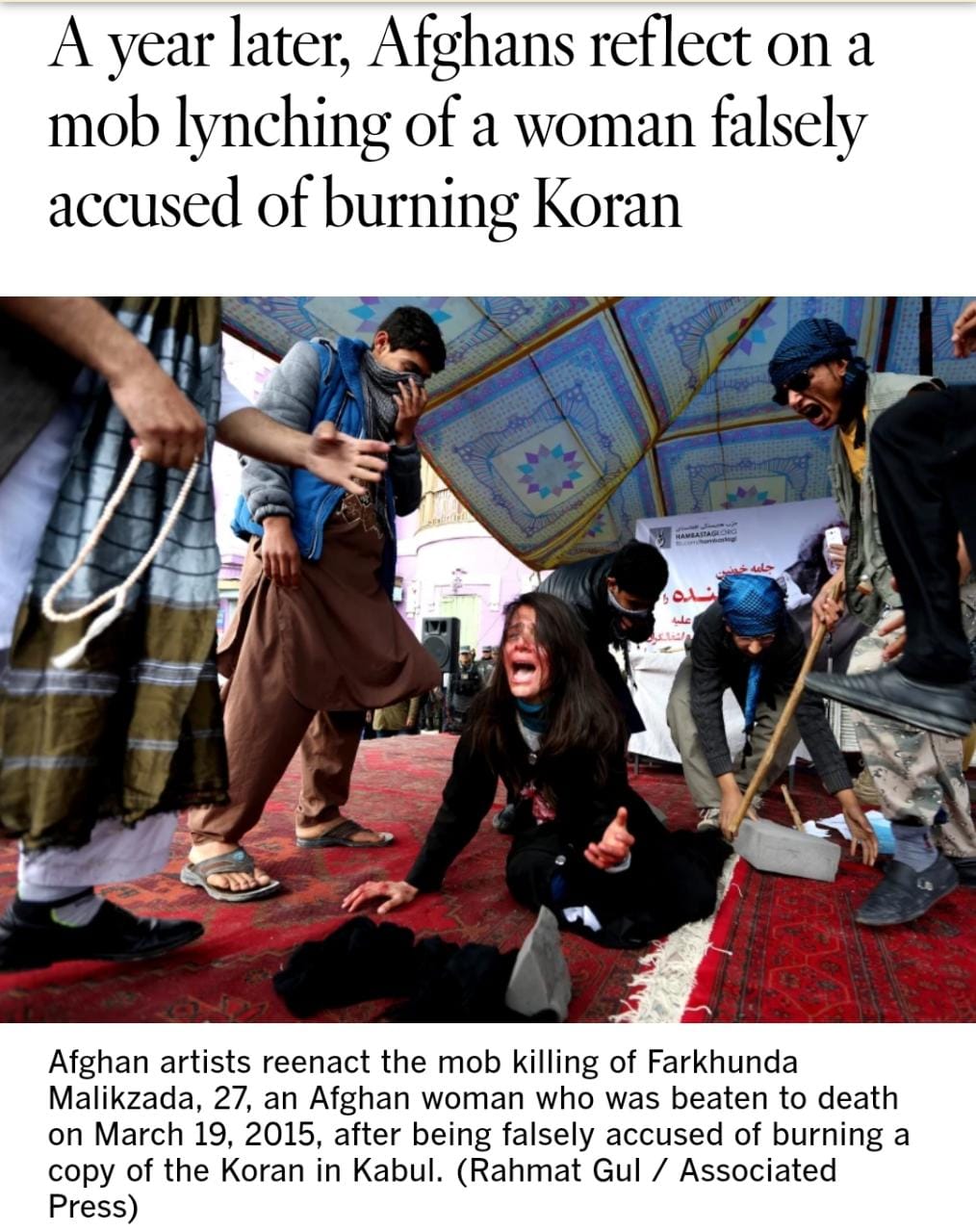 The caption along with the image reads, "Afghan artists reenact the mob killing of Farkhunda Malikzada, 27, an Afghan woman who was beaten to death on March 19, 2015, after being falsely accused of burning a copy of the Koran in Kabul."The picture was taken by Associated Press photographer Rahmat Gul.

In conclusion, Al Jazeera's tweet says the Taliban has begun abducting minor girls in Afghanistan, and killing parents resisting the move is fake. The viral screenshot on the abduction of minor girls is morphed and no such tweet has been posted from the Twitter handle of Al Jazeera.