An old video of President  Ashraf Ghani boarding a plane has been shared with a false claim that it showed footage of Ghani fleeing Afghanistan after the Taliban took over the country on August 15.

Afghan President Ashraf Ghani said on Sunday, August 15 after fleeing the country that the Taliban had won, as the militants entered Kabul - nearly 20 years after they were ousted from power by a US-led invasion. As per reports, he had left for Tashkent, Uzbekistan.

Amid, this a video of President Ghani boarding a plane has been shared on social media with a claim that it shows Ghani fleeing his country after the Taliban took over.

A Twitter user name Afroz Alam share the video with the caption "Ashraf Ghani fleeing Afghanistan as the Taliban takes control over the country. Ghani proved how much he loves his country and the people of Afghanistan." 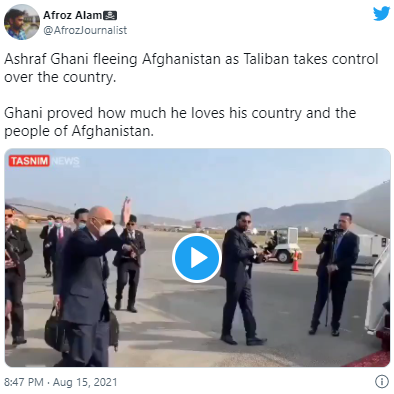 The same video is also viral on Facebook with the same claim. 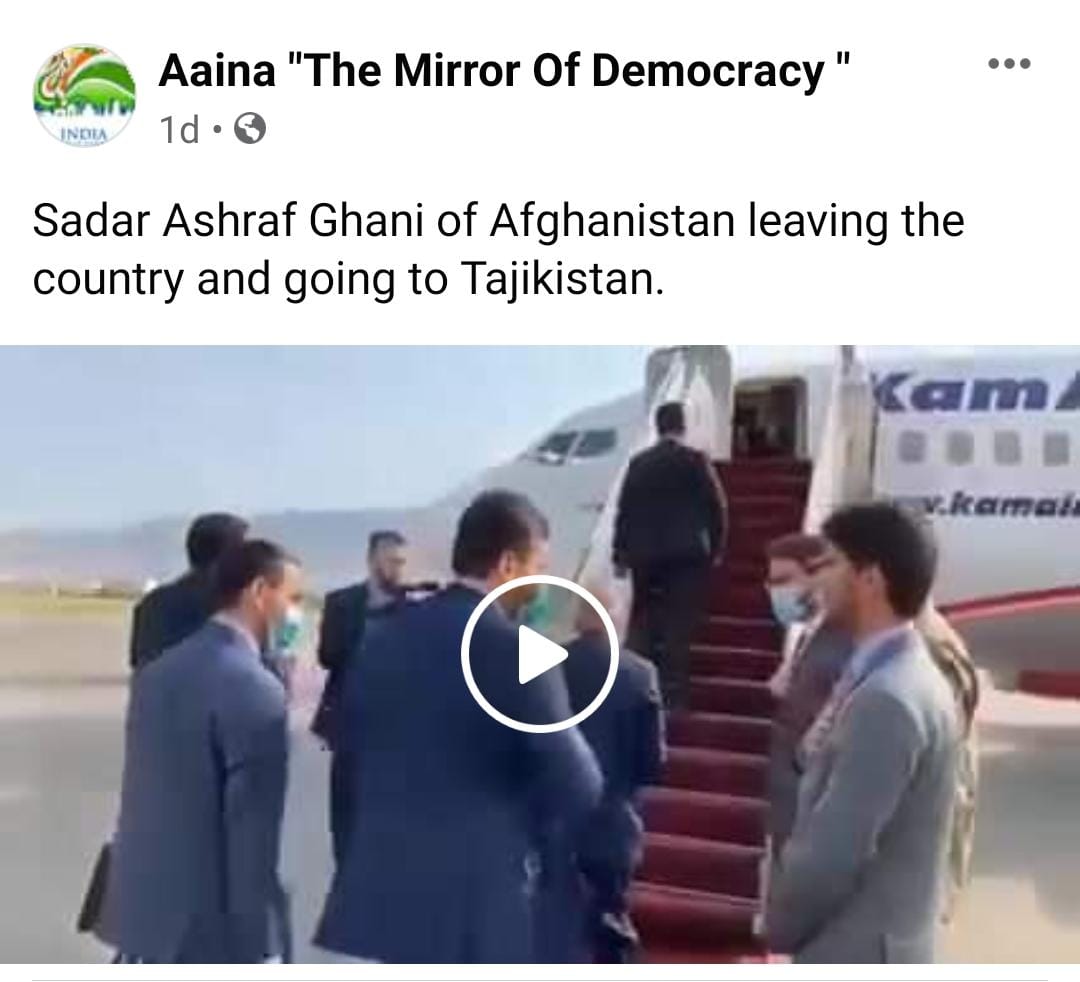 In our investigation, we found that the viral claim is misleading. This video was taken last month when President Ashraf Ghani left Kabul for a two-day visit to Uzbekistan.

After doing reverse image research on google using the keyframes of the video, we found a news report in which a screengrab of a viral video is seen. As per the article published on  July 15, President Ashraf Ghani left Kabul a two-day visit to Uzbekistan to attend an international connectivity summit named “Central and South Asia: Regional Connectivity, Challenges, and Opportunities. 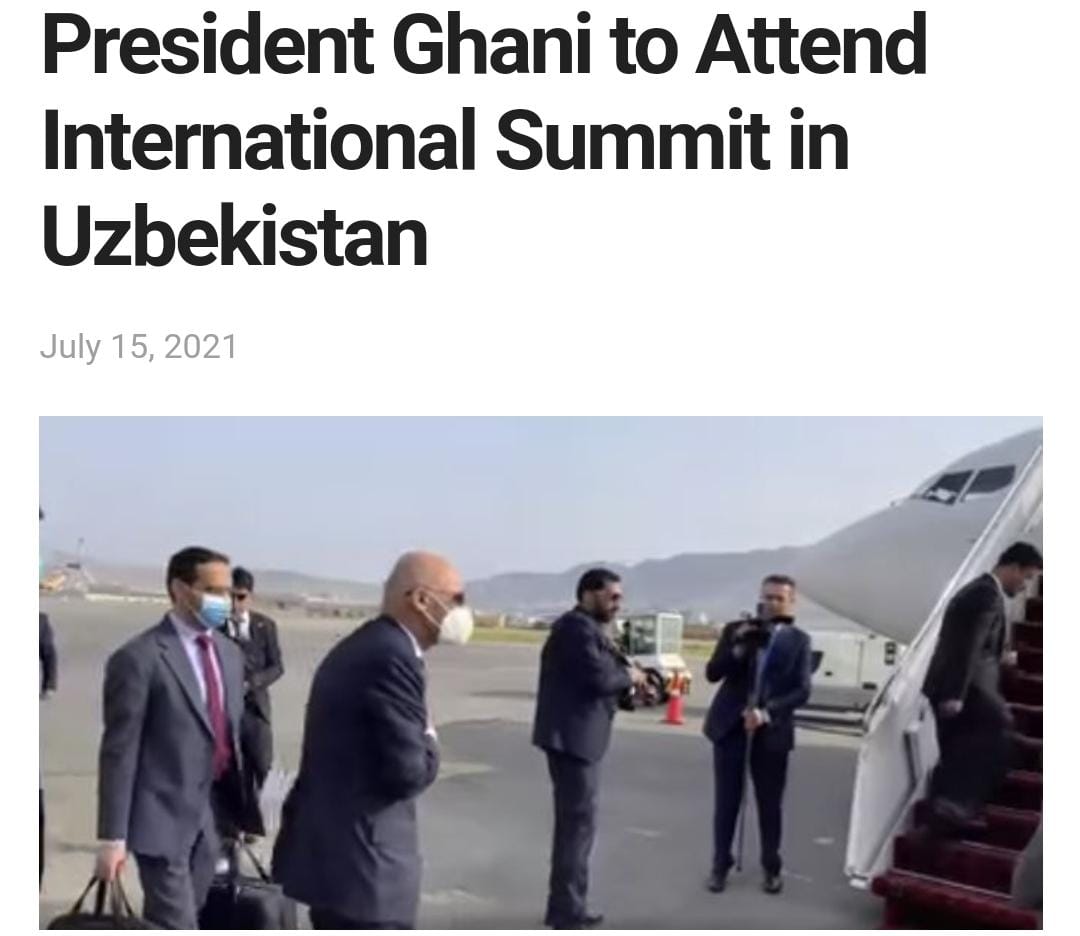 We also found the same video posted on the Twitter handle of the Afghan news outlet, TOLOnews on July 15 with the caption, "President Ashraf Ghani left Kabul this morning for a two-day visit to Uzbekistan, the Presidential Palace said." 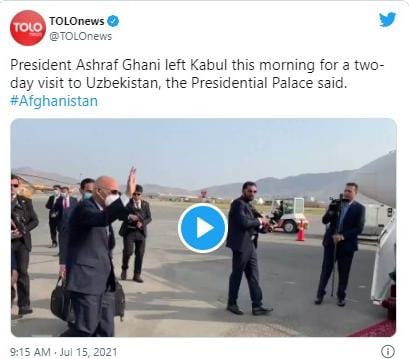 In conclusion, an old video of President Ashraf Ghani boarding a plane has been shared with a false claim that it showed footage of Ghani fleeing Afghanistan after the Taliban took over the country on August 15.