Pictures from the 2016 incident in the Mainpuri district of Uttar Pradesh were shared by BJP leaders targeting the Samajwadi Party. They alleged that Samajwadi Party (SP) worker had beaten up the woman but, due to pressure from the then Chief Minister Akhilesh Yadav, no arrests were made against the accused.

A set of three pictures of an injured woman are being widely shared on social media. One of the images shows her bleeding from the head, in the other image, she is surrounded by men holding sticks in their hands, and the third picture shows policemen surrounding the woman. It is being claimed that the images are from a 2016 incident in the Mainpuri district of Uttar Pradesh when a Samajwadi Party worker assaulted a young woman but, due to pressure from the then Chief Minister Akhilesh Yadav, no arrests were made against the accused.

BJP leader Priyanka Singh Rawat shared the images on her Twitter handle on 9 July with a claim that “This was the Samajwadi Party’s hooliganism in 2016…In an incident from Mainpuri district, a Samajwadi Party leader had assaulted a girl in broad daylight while the police were silent spectators. This goon was not arrested due to political pressure from chief minister Akhilesh Yadav. Those who live in glass houses should not throw stones at others.” 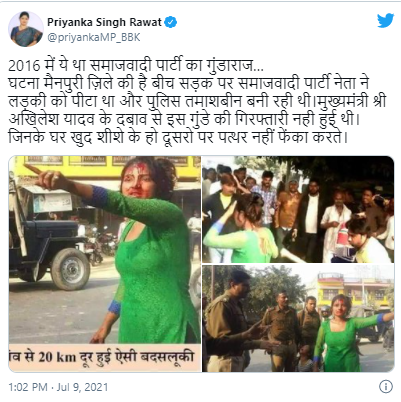 BJP Member of Legislative Assembly (MLA) from Chhibramau in Kannauj district Archana Pandey also shared the images with the same claim in her Facebook account. 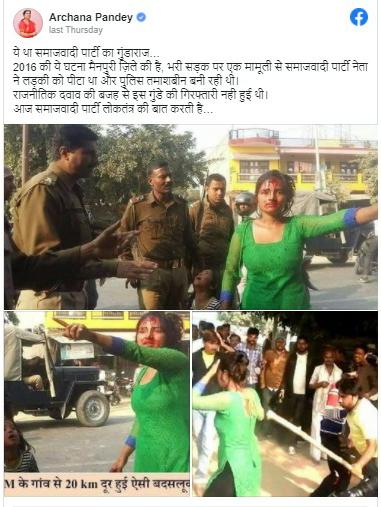 In our investigation, we found that the viral claim is misleading. None of the media reports mentioned that the accused in this case were associated with any political party.

After doing a reverse image search using related keywords, we found several media reports in which the same image can be seen. The incident took place on 19 Dec 2016 in the Kishani village of Mainpuri district in Uttar Pradesh.

According to an Indian Express report published on 21 December 2016, a couple was brutally assaulted at a village in Uttar Pradesh’s Mainpuri district when they tried to stave off some men from molesting the woman. The couple was moving in a busy market at Kishani village when one of the men tried to pull the woman’s dupatta’ and also groped her. When she resisted, she was hit on the head by a stick. her husband, too, was attacked. The couple’s daughter was reportedly a witness to the entire episode.

According to NDTV, the Uttar Pradesh police arrested Anand Yadav, and the search for the rest of the two unknown accused was on. 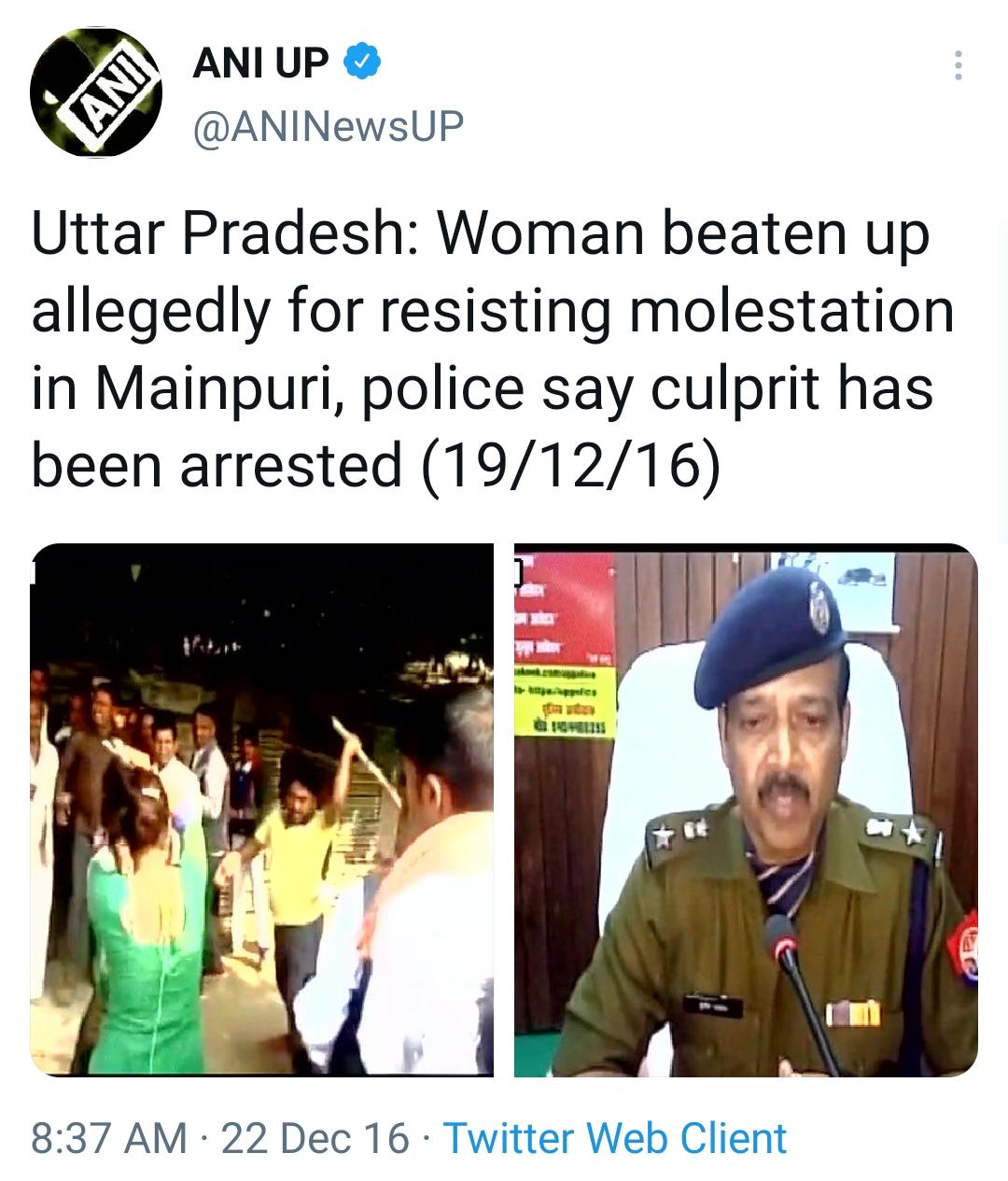 We came across several media reports related to the incident but none of these mentioned that the accused in this case were associated with any political party and they also didn't mention any political pressure on the investigation of this incident.

In conclusion, no political angle in this case as alleged by BJP.