The picture of the billboard by AAP Gujarat that reads “Now Gujarat will read namaaz” is morphed.

Delhi Chief Minister and convener of the Aam Admi Party (AAP) Arvind Kejriwal said the party will contest all seats in the Gujarat Assembly polls slated to be held at the end of 2022.

Amid this, a picture of a Billboard put up by the Aam Aadmi Party's (AAP) Gujarat wing is circulating on social media the false communal claim. The billboard reads “Now Gujarat will read namaaz” it also says, “Stop performing Bhagwat Saptah and Satyanarayan Katha”. 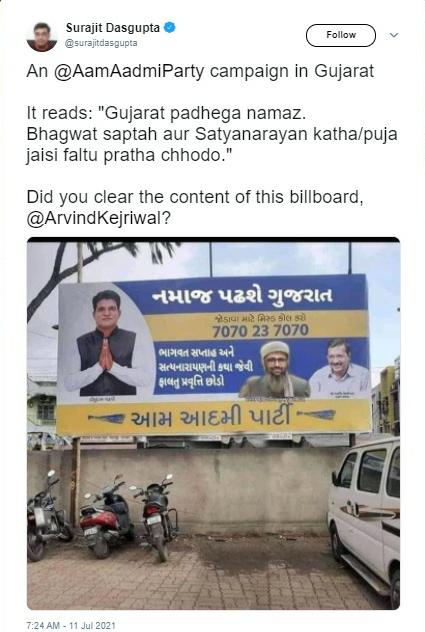 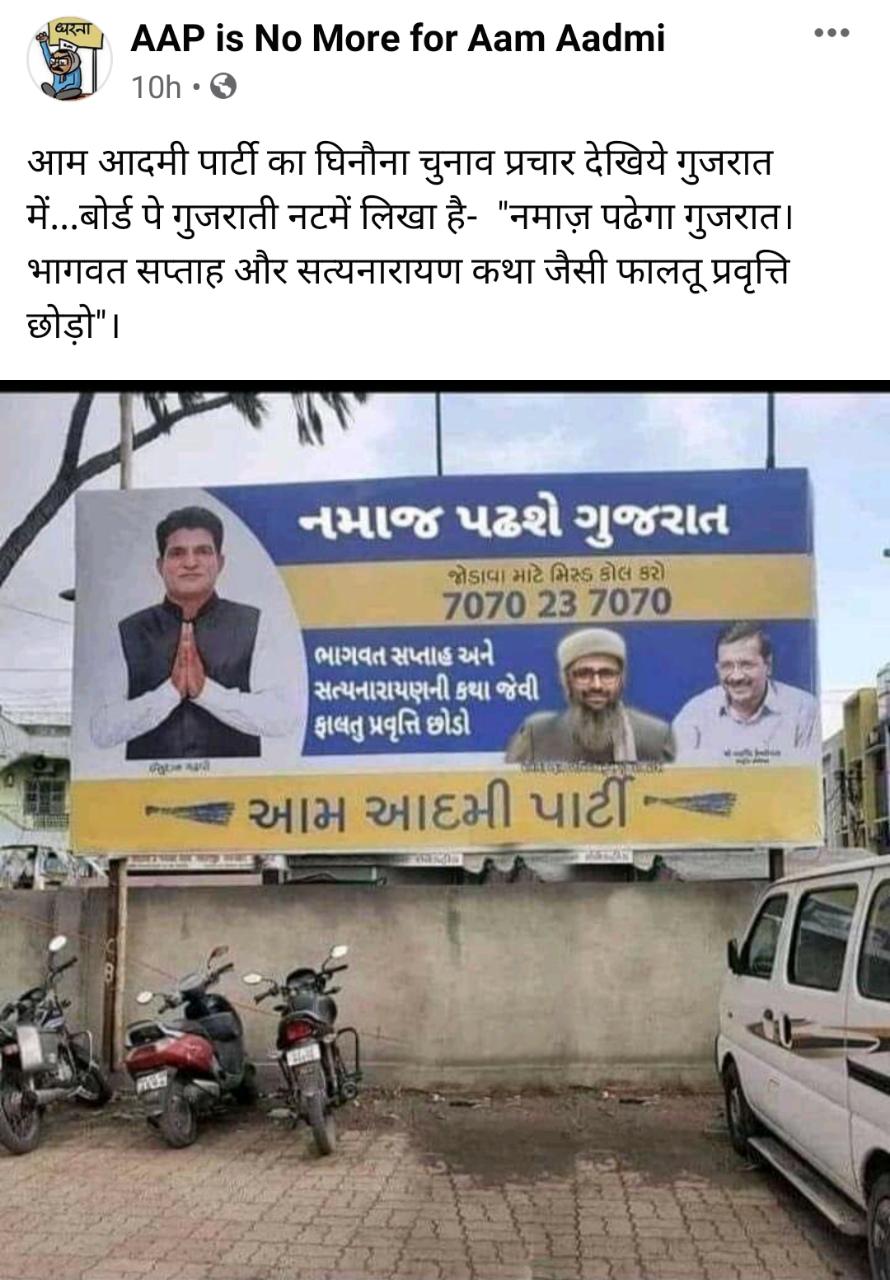 In our investigation, we found that the claim is misleading and the viral image is morphed.

After doing reverse image search using related keywords, we found the photos of the original billboards on several Twitter handles of AAP from Gujarat. The Aam Aadmi Party Bharuch district also shared pictures of the banner. 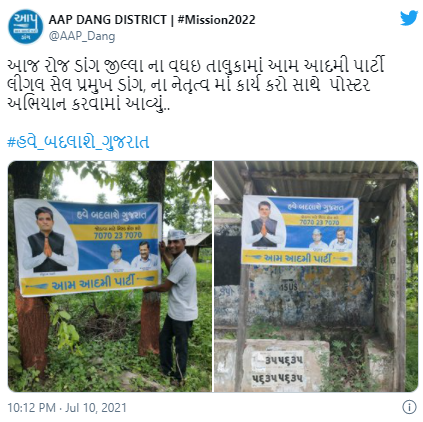 After comparing both the viral and original images we found that in place of “Now Gujarat will change”, “Now Gujarat will read namaaz” has been added in the viral image. The sentence “Stop performing Bhagwat Saptah and Satyanarayan Katha” has been added in the empty portion of the banner. Gopal Italia, Aam Aadmi Party's Gujarat President's face has been morphed and a beard and Islamic turban added.

AAP Gujarat also tweeted a screenshot of the morphed billboard, saying, “We want that the politics of Gujarat shift from Hindu-Muslim, caste-religion, India-Pakistan to government education, health, employment, hospital, electricity, and other facilities !!” 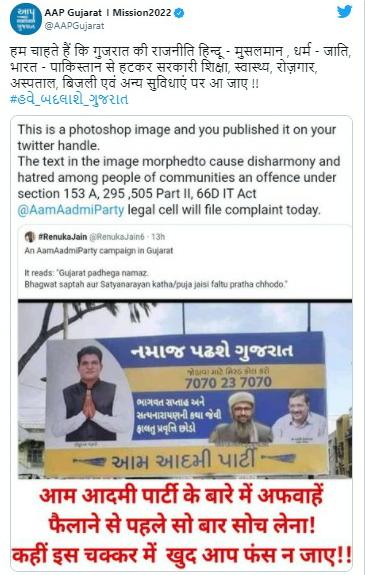 In conclusion, the picture of the billboard by AAP Gujarat that reads “Now Gujarat will read namaaz” is morphed.