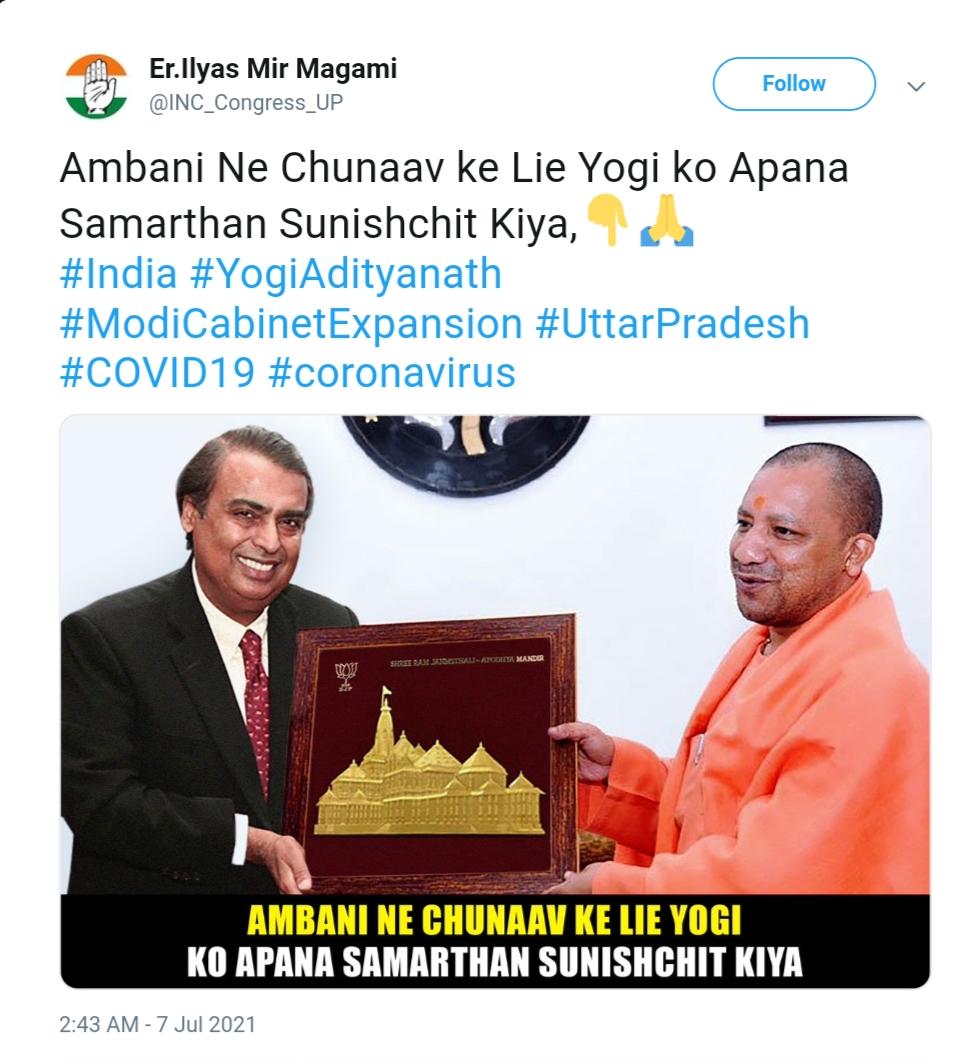 The same image is also widely shared on Facebook. 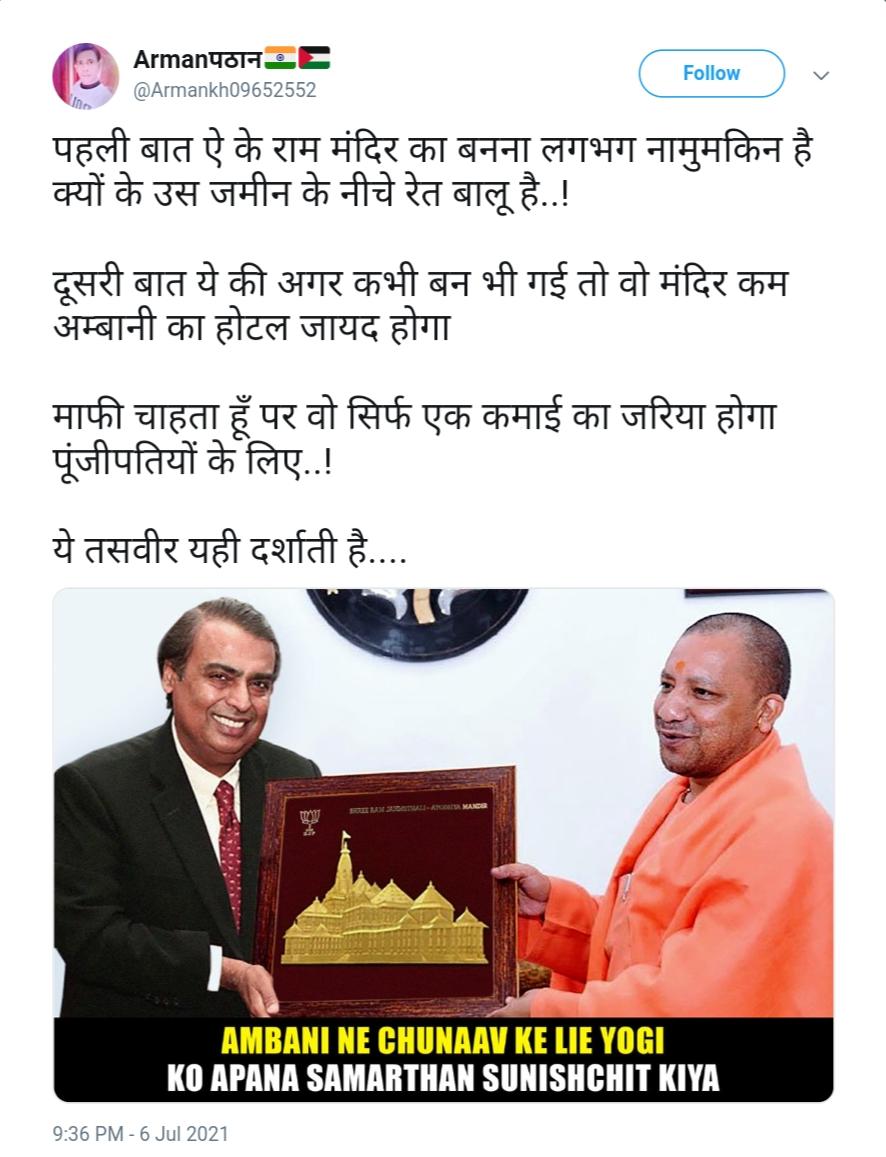 In our investigation, we found that the viral image is misleading and it has been created by combining two different pictures of Yogi Adityanath and Mukesh Ambani.

We could not find any information on reverse-searching the viral picture. But by flipping this picture, we found the original picture. According to a news report of the Hindustan Times, this picture was taken in January 2018 when the former King of Nepal Gyanendra Veer Vikram Shah met Yogi Adityanath in Lucknow. 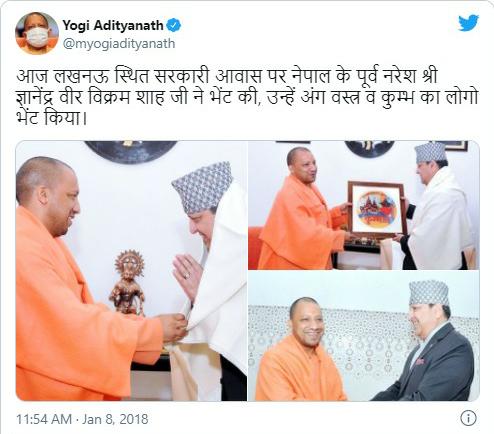 We also came to know from where the photo of Mukesh Ambani seen in the fake picture has been taken. In this picture, Ambani is seen with Gujarat Chief Minister Vijay Rupani. This picture is from September 2016 when Mukesh Ambani attended the convocation ceremony of Pandit Deendayal Petroleum University in Gandhinagar. 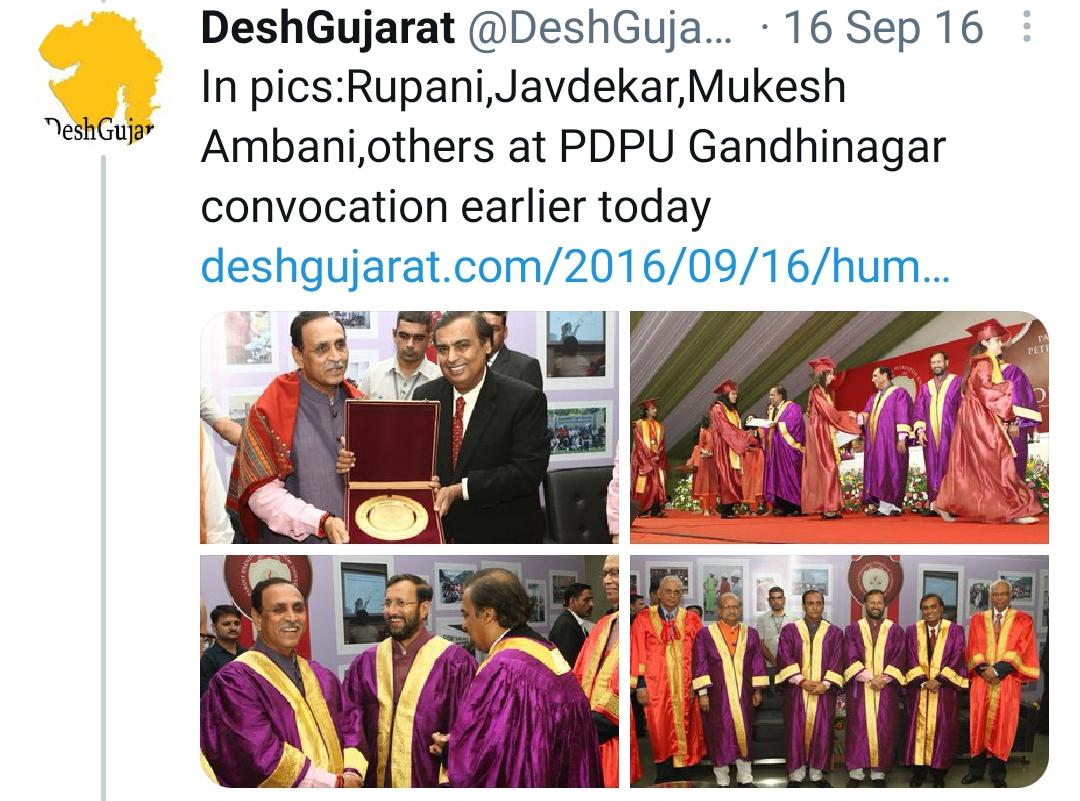 After comparing two different images of yogi Adityanath and Mukesh Ambani with the viral image we found that both the images were flipped, cropped, and put together to create the viral image. You can see the comparison here: 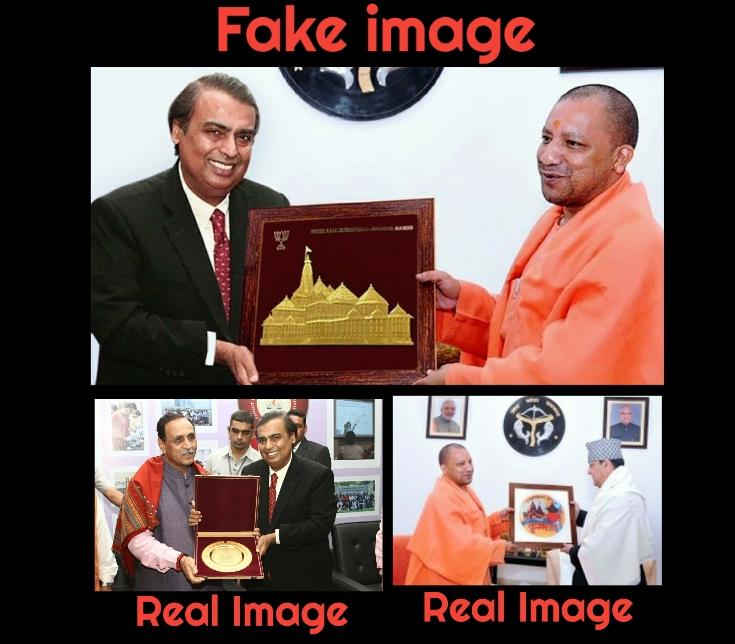