A four-year-old video of a man vandalising a statue in Algeria is making rounds all over social media with fake claims.

A two-minute 45-second long video of a man vandalising a statue with a hammer and chisel is going viral all over social media to claim that a migrant Muslim destroys a statue in Italy.

In the video, a long-bearded man wearing a white ankle-length dress is seen repeatedly striking the statue of a woman with a chisel. In an attempt to stop him from breaking the statue passers-by try to hit him with sticks and throwing objects at him. Later in the video, a few people in uniform appear and force the man down from the base of the statue.

The video was widely shared on social media, a Twitter user shared the same video on his Twitter with the caption 'A Muslim migrant destroying a statue in Italy, b'cos part of the body is showing. Europe does not know what is coming their way in next 5 to 15 years.' 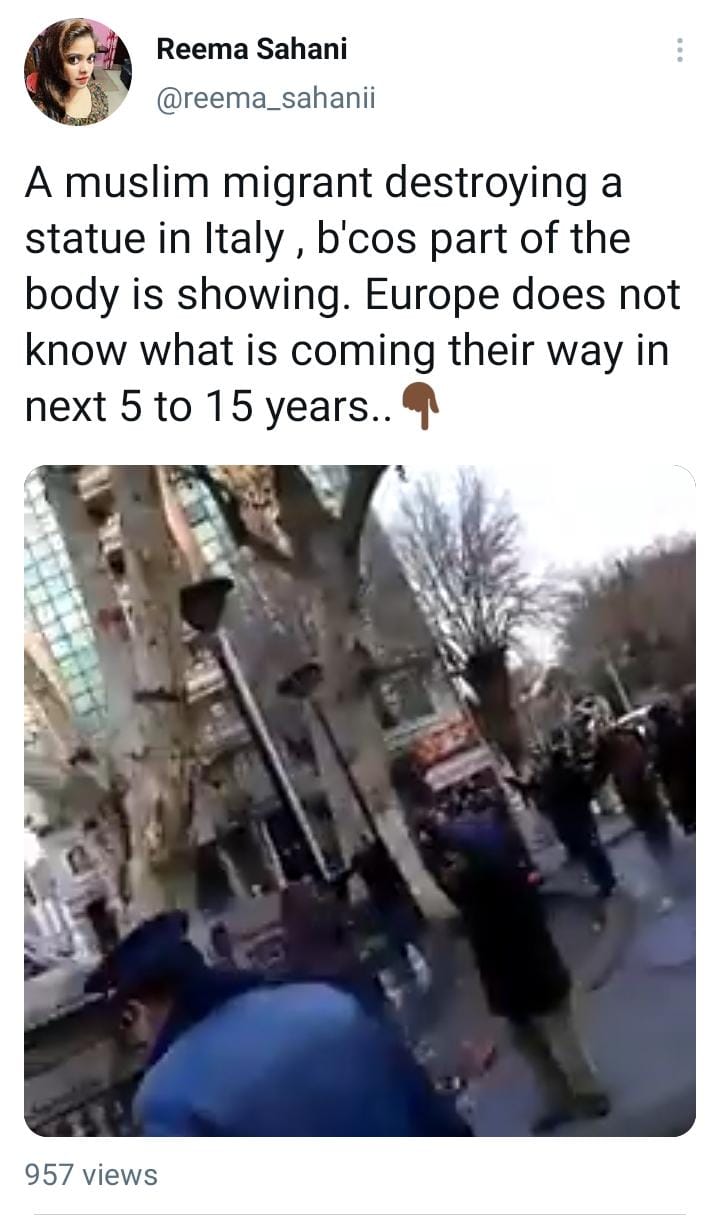 Another Twitter user posted the video with a caption texted in Hindi, roughly translated as 'A Muslim refugee is destroying a statue in Italy, clearly showing he is a peacemaker. Maybe Europe doesn't know what's going to happen to them in the next 5-10 years, alerting India to illegal Bangladeshis as soon as possible and the Rohingya should leave.' 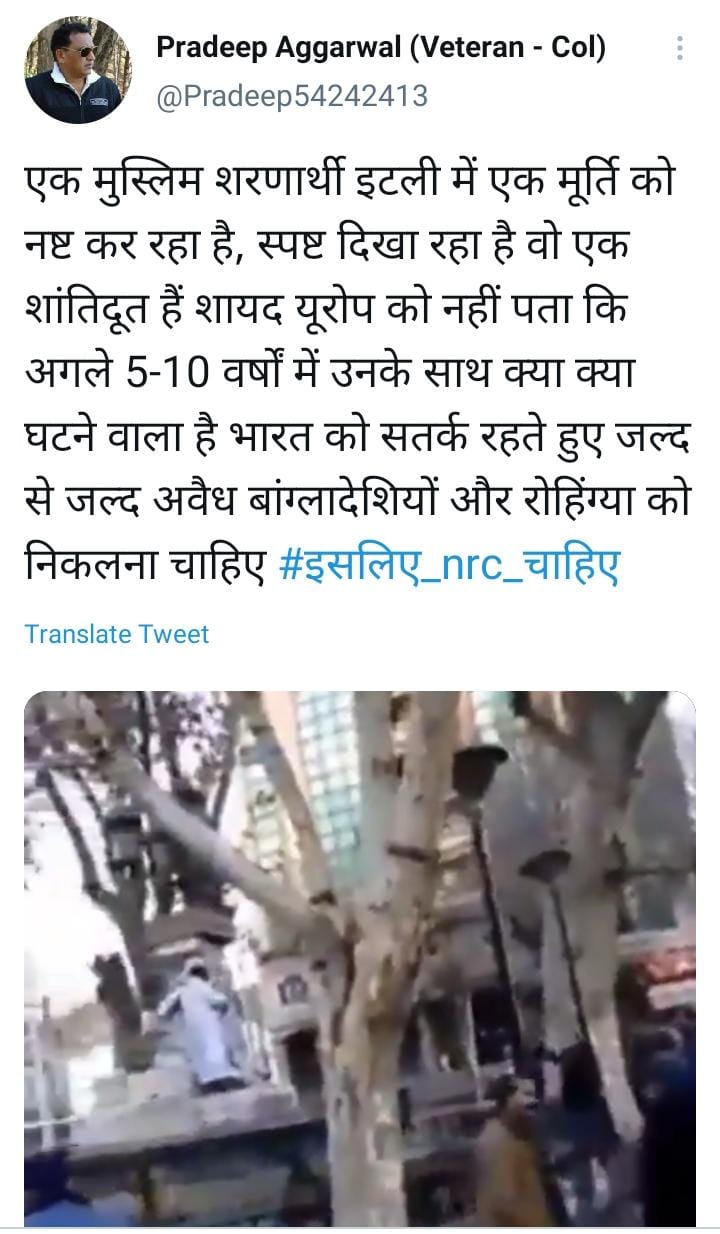 The same video with similar claims was shared by several Facebook users in 2018 and 2019 which you can see here. 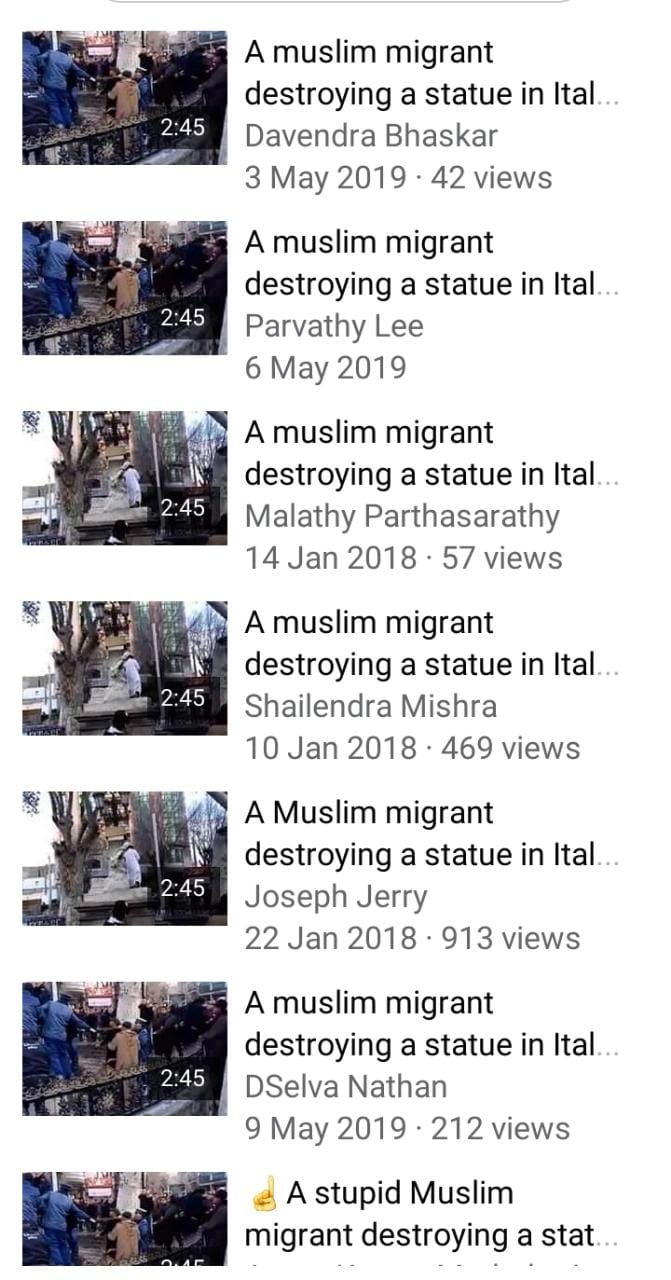 In our investigation, we found out that the video going viral is not from Italy but a four-year-old of the famous Ain El Fouara fountain in Setif, Algeria. We also found a report of Dailymail which was published on December 20, 2017, according to that report the incident took place in Algeria in 2017. The man was arrested and according to police, he is suffering from a mental illness. The report also says that this is not the first time the lady on the fountain has been attacked, and in 2006 an Islamist extremist removed her face and breasts in a similar manner. 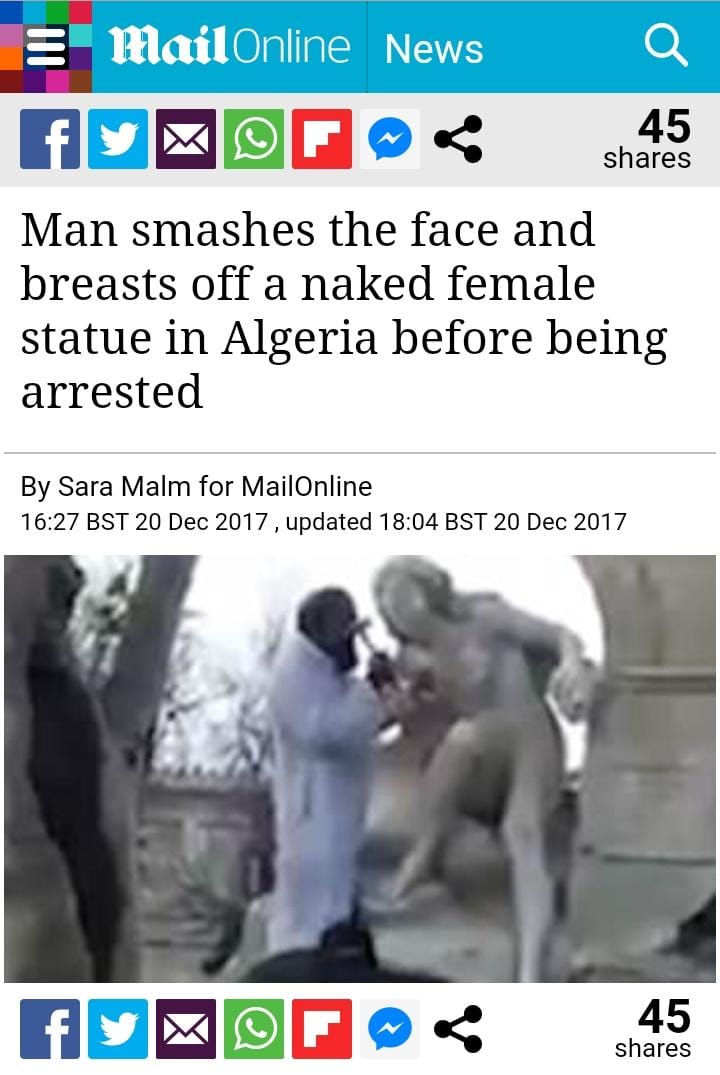 We also found a December 18, 2017 tweet on Waleed Al-Husseini founder of the Council of Ex-Muslims of France Twitter handle with a caption in French, roughly translated as 'The enemies of culture, the enemies of art, the enemies of beauty. But above all the enemies of women. Even as a statue, it provokes them!The Fountain of Ain El Fouara, emblematic monument of the city of Sétif.' 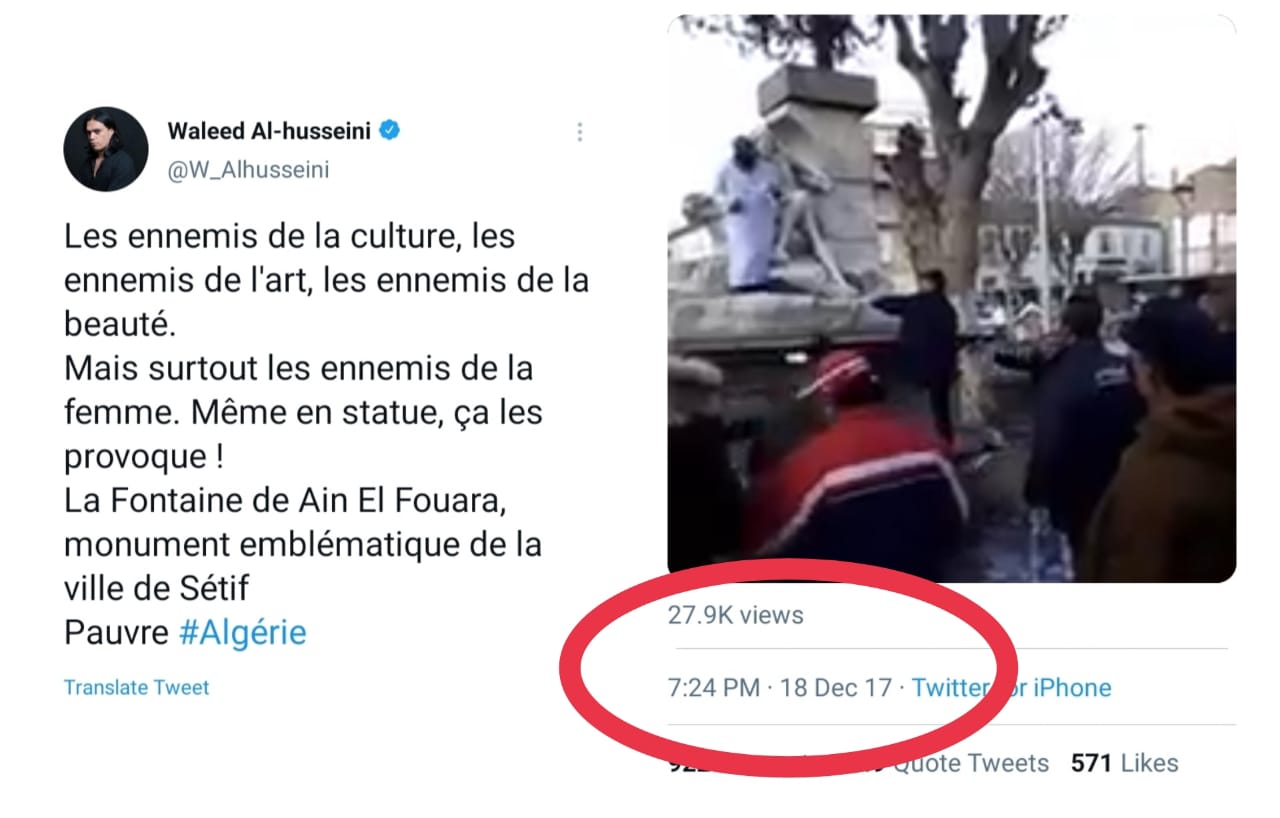 In conclusion, a four-year-old video of Algeria has been circulating all over social media as a recent one from Italy.