A video of a soldier bidding goodbye to his family during a war is being shared with the false claim that it is from a real incident. The viral video is not real, but a part of an Iraqi short film.

A video is getting viral on social media in which a soldier is seen recording himself bidding goodbye to his family amid heavy gunfire in the background. In the viral video, a man in an army uniform can be seen recording a message saying he might not be able to return home and asking his brother to take care of his mother. 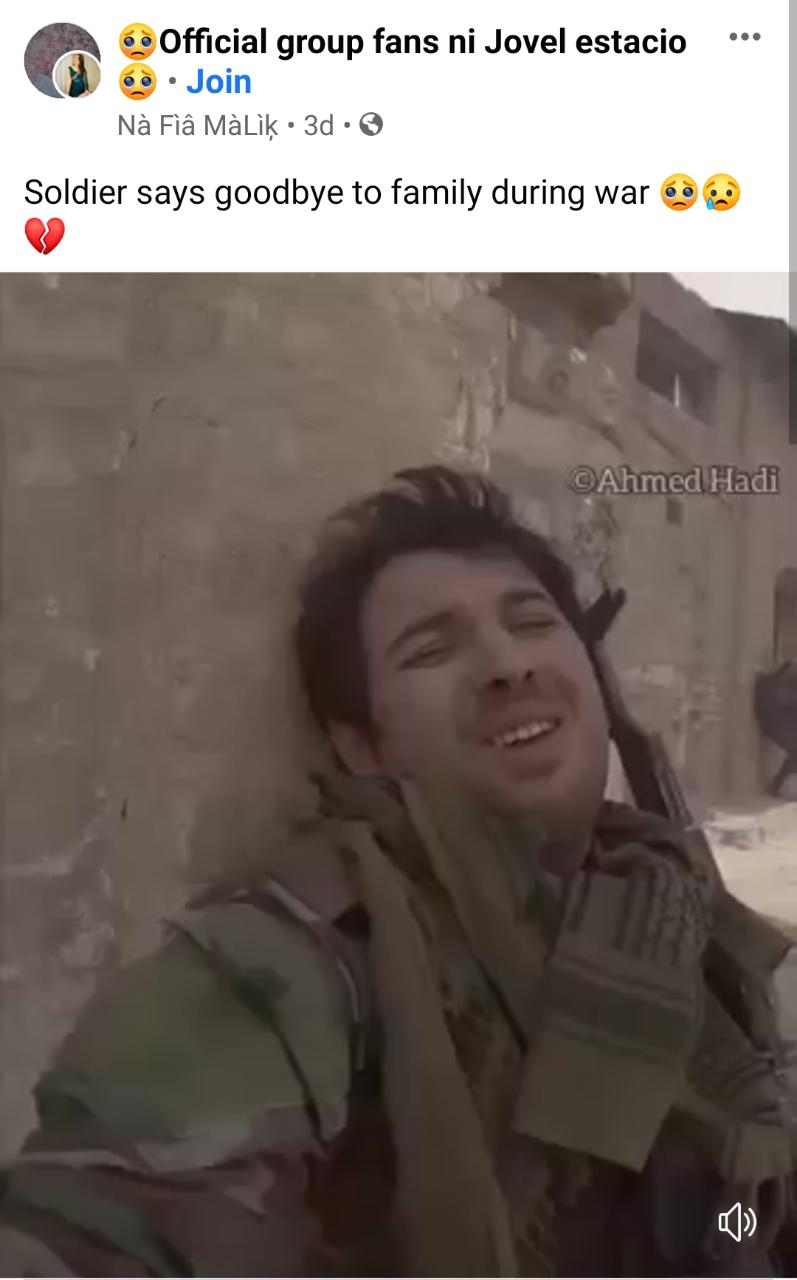 After doing reverse image research of the video using related keyframes, we found a video on YouTube published in 2017, in which the viral portion can be seen at the starting of the video.

According to the video description in Arabic, "The movie "Dialing" tells the story of an Iraqi woman who is traumatized by the loss of her son who is fighting with the Iraqi army and the Popular Mobilization Forces against the terrorist organization ISIS. The film participated in more than (40) international festivals and won (12) international prizes. World premiere: Dubai International Film Festival 2015.

The description also mentioned that the movie sparked a wide debate on social media about whether the selfie scene was real or not!?

In conclusion, a video of a soldier bidding goodbye to his family during a war is being shared with the false claim that it is from a real incident. The viral video is not real, but a part of an Iraqi short film.