A four year old video from Assam of protesters being thrashed by the police is going viral on social media with a false claim that Bangladeshi Muslims in Assam demanding a separate country.

A video of a group of protesters holding a banner and placards written in Assamese is viral on social media. The viral video claim that the demonstrators are 'Bangladeshi Muslims' in Assam who are demanding a separate country. The video also claim that Assam Chief Minister Himanta Biswa Sarma took action against ''Bangladeshis'' by getting them beaten by the local police.

Many twitter users tweeted this video on their twitter handle with different captions which you can see  here and  here. 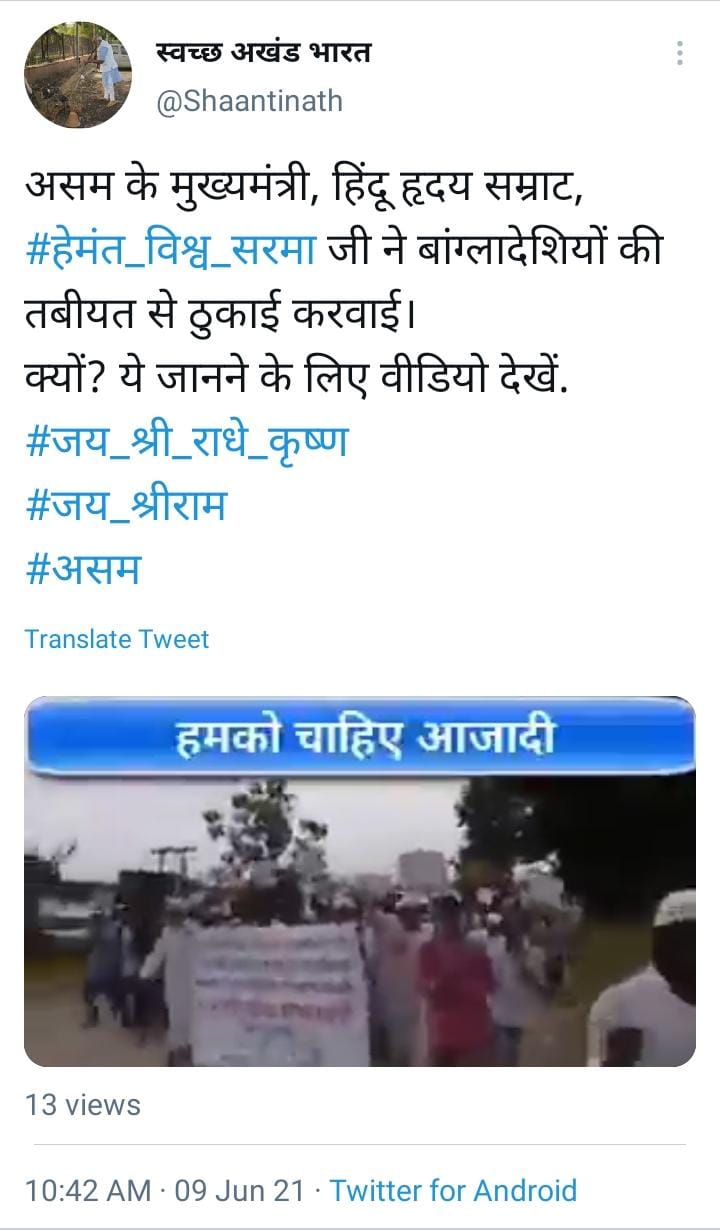 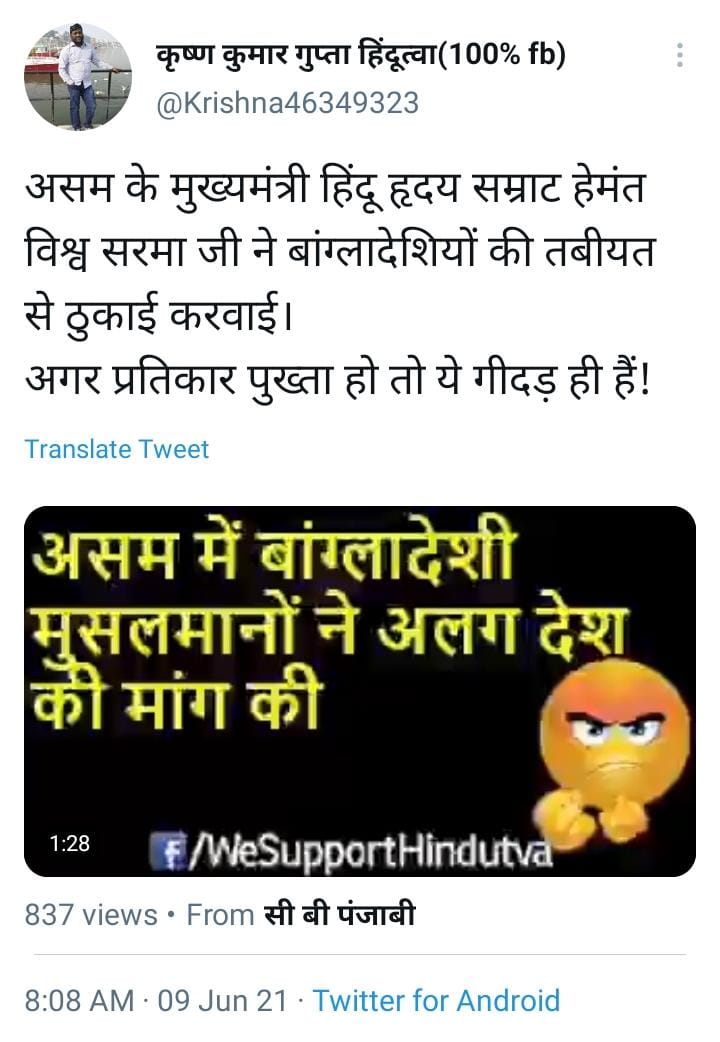 The video was widely shared on Facebook also which you can see here and  here. 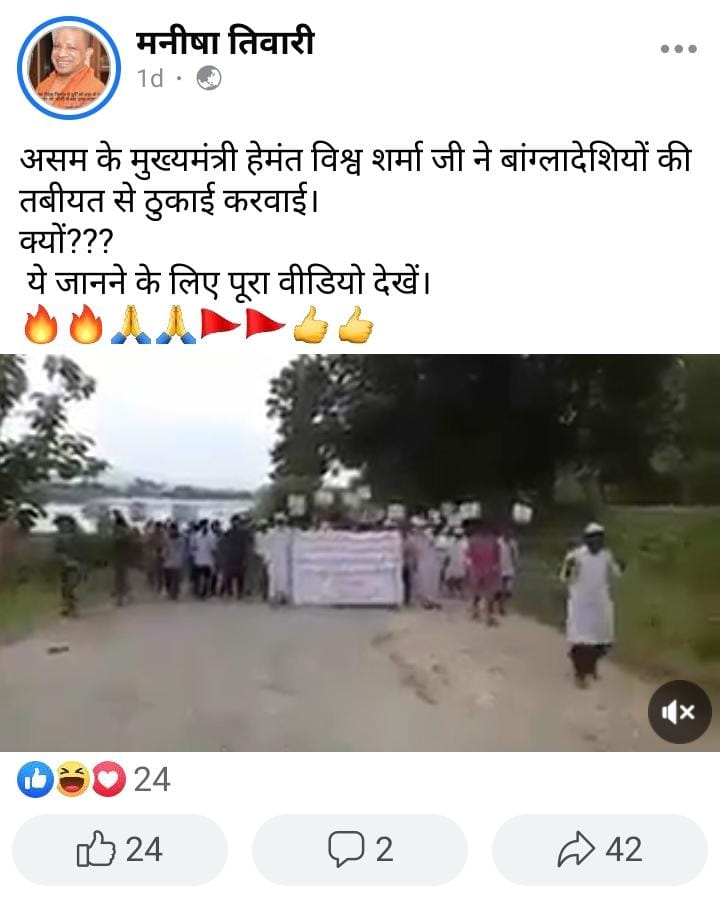 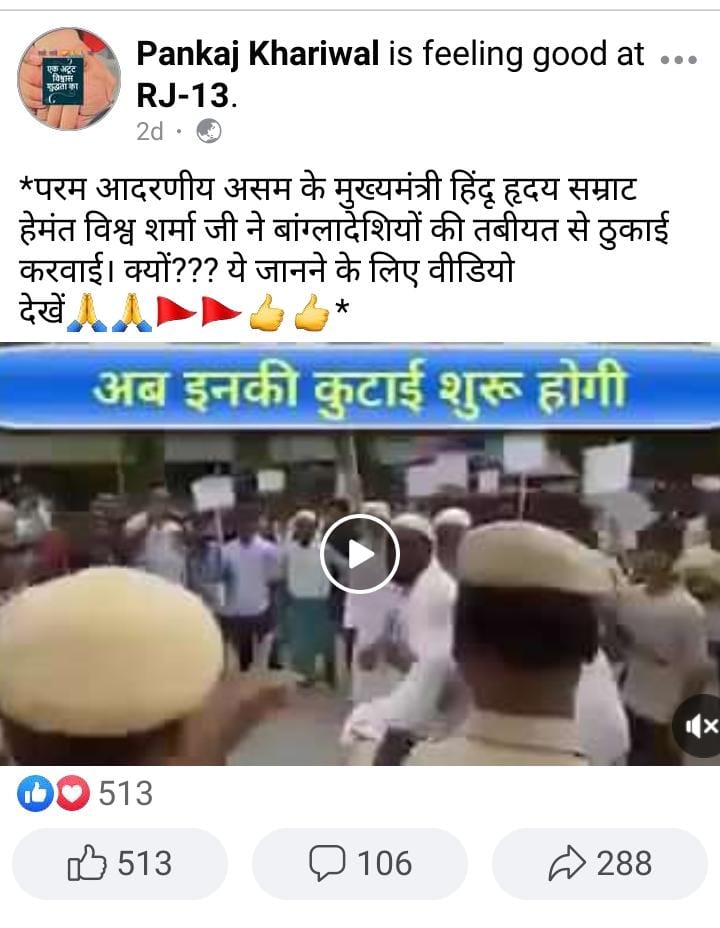 In our investigation, we found that the video which is circulating all over social media is a four year old video with false claims that is misleading people. We also found the same video on YouTube that is four minute, twenty three seconds long and it was uploaded on 2 July 2017 by a user named ‘Times of Dhubri’.

The title reads, “GOALPARA INCIDENT- POLICE KILLED A YOUNG PROTESTER IYAQUB ALI". The description of the video says that in Kharbuja, Goalpara district, ASSAM, police resorted to lathi-charge and indiscriminately fired on a peaceful protest by citizens who were demanding the lifting of 'doubtful citizen and voters tag' imposed by the government against many genuine Indian.

We also found news reports by The Wire and Scroll, which says "A 22-year-old man, Yakub Ali, died in police firing in Assam's Goalpara district on June 30, 2017 during a public rally to protest against the alleged inclusion of several Indian citizens in the D (doubtful)-voters list in the state by police and foreigners' tribunals."  As per both the reports the video was shot by one Hussain Ahmed Madani on 30 June 2017.

In conclusion, a four year old video has been taking around all over social media with false claims.