Fact Check: The man in the viral picture with Sonia Gandhi is Rahul Gandhi, not Ottavio Quattrocchi

An old image of Sonia Gandhi attending a function with her son Rahul Gandhi has been shared with the false claim that she was with Italian businessman Ottavio Quattrocchi.

A picture of Congress President Sonia Gandhi with a man has been shared on social media claiming that the person standing behind Sonia Gandhi is Italian businessman Ottavio Quattrocchi.

A Twitter user name Isha Bajaj Share a post with a caption, "This is not Rahul Khan, this is Ottavio Quattrocchi, a close friend of his mother, Seeing the rest of this photo, nothing needs to be said." 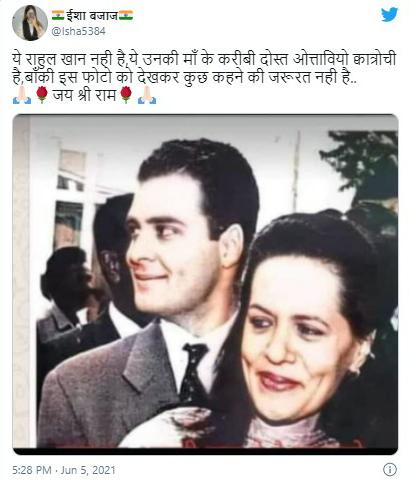 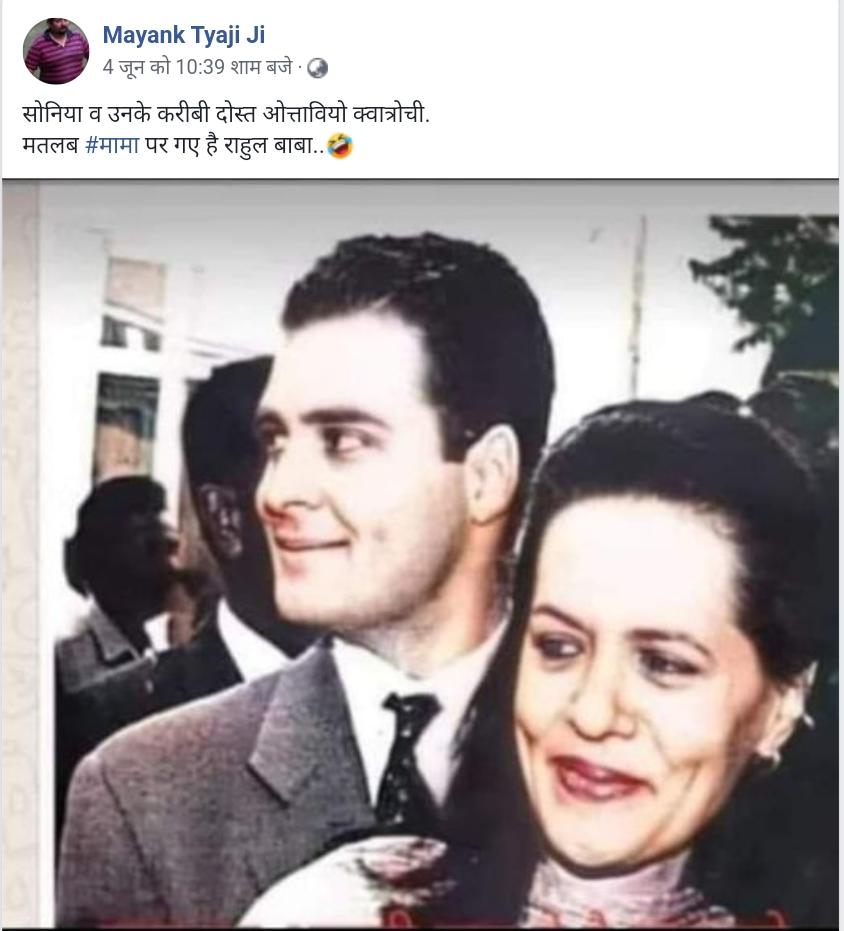 In our investigation, we found that the viral claim is misleading. The man standing behind Sonia Gandhi in the viral image is Rahul Gandhi, not Ottavio Quattrocchi.

After doing reverse image research on google, we found a news report on The New Indian Express in which the viral image can be seen attributed to news agency PTI. The photograph was shot on April 8, 1996, and the caption along with the image reads, "Sonia Gandhi, Congress President and her son Rahul at the raising day function of the Special Protection group". 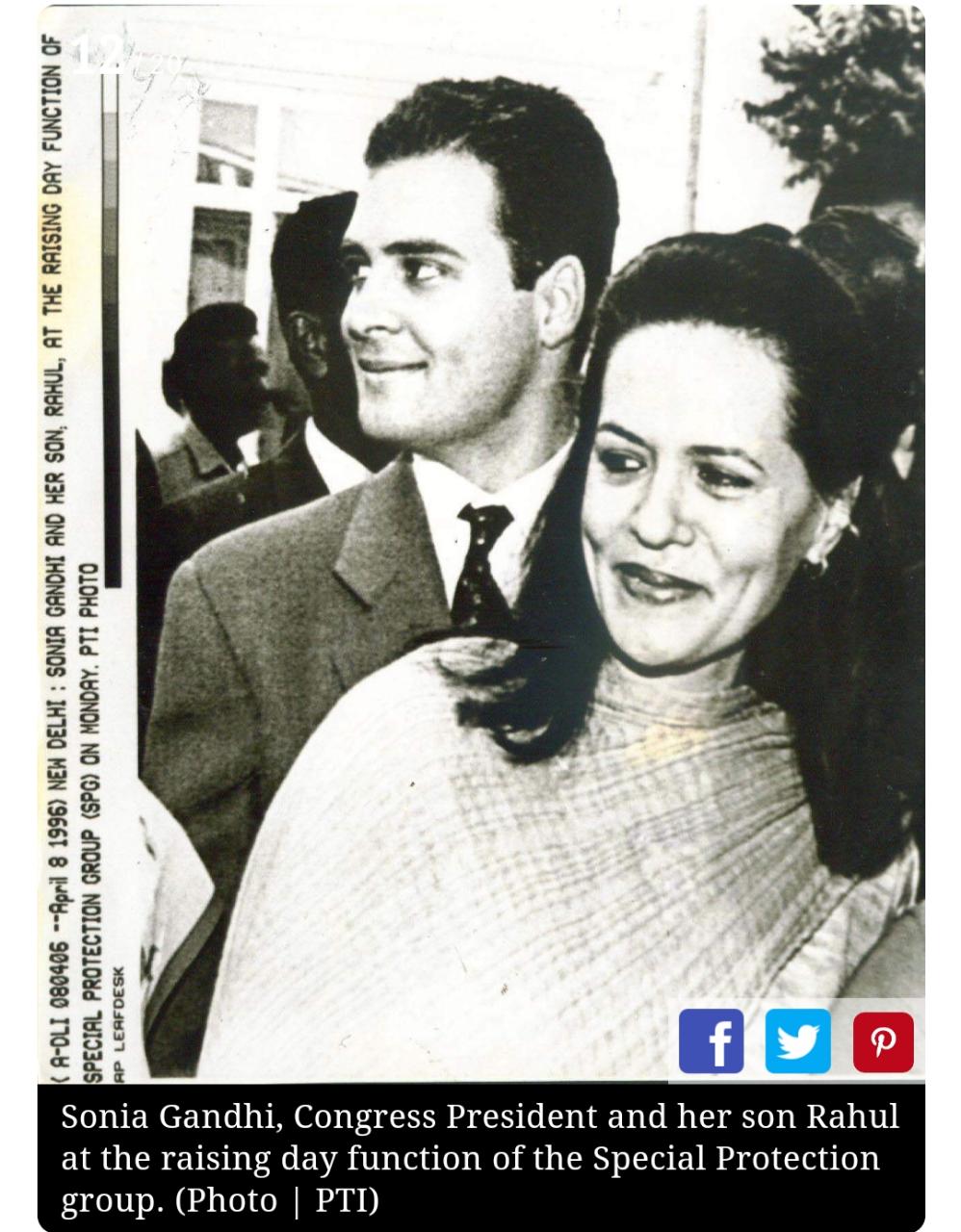 Who is Ottavio Quattrocchi?

Ottavio Quattrocchi was an Italian businessman and a key figure in the Bofors scandal. Ottavio was named in the Bofors charge-sheet filed in 1999 by the Central Bureau of Investigation (CBI), who was close to the Gandhi family during his days in India as the representative of an Italian firm. On 4 March 2011, a Delhi court discharged Quattrocchi from the payoffs case after allowing the CBI to withdraw prosecution against him, bringing to an end a major chapter in the 25-year-old Bofors saga.

On 3rd July 2013, Ottavio Quattrocchi died in Milan following a stroke at the age of 74.

In conclusion, an old image of Sonia Gandhi attending a function with her son Rahul Gandhi has been shared with the false claim that she was with Italian businessman Ottavio Quattrocchi.