An old video from last year showing a head constable attacking a senior sub-inspector is being shared with a falsely shared as a recent one.

A video has surfaced on social media platforms showing police personnel beating another police personnel with sticks. The video is being shared with a sarcastic claim that this happened during the recent lockdown in the backdrop of surging COVID-19 cases in the country.

A Facebook user shared the video with a caption in Hindi that can be roughly translated to, "Today, perhaps they did not find anyone, so they did this among themselves." 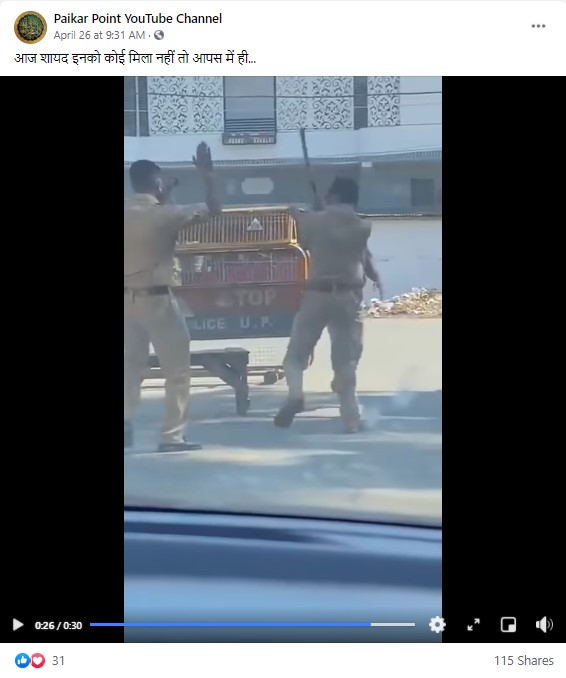 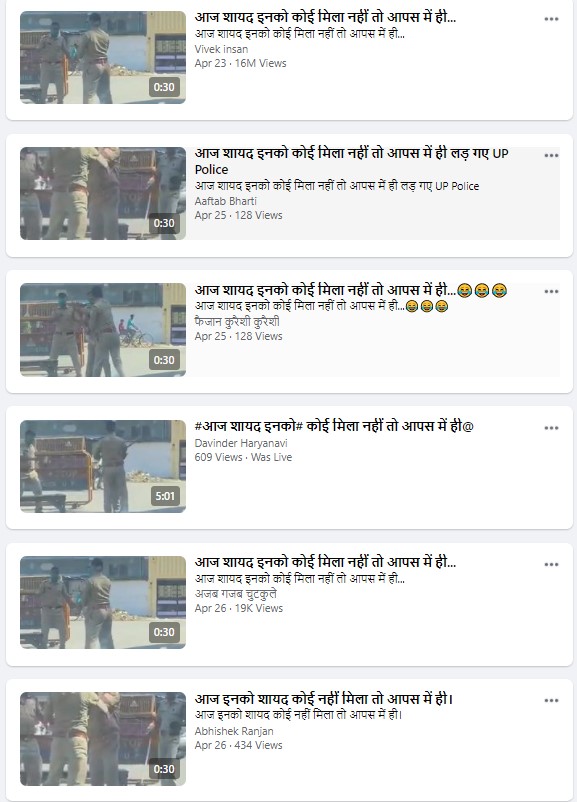 In our investigation, we found this claim to be misleading. The viral video is not a recent one but dates back to April 2020.

With the help of reverse image search, we found the video carried in a News18 report dated April 21, 2020. As per the report, the head constable attacked a senior sub-inspector (SSI) with a baton in the Sitapur district after the latter asked him to properly carry out his duties during the lockdown. 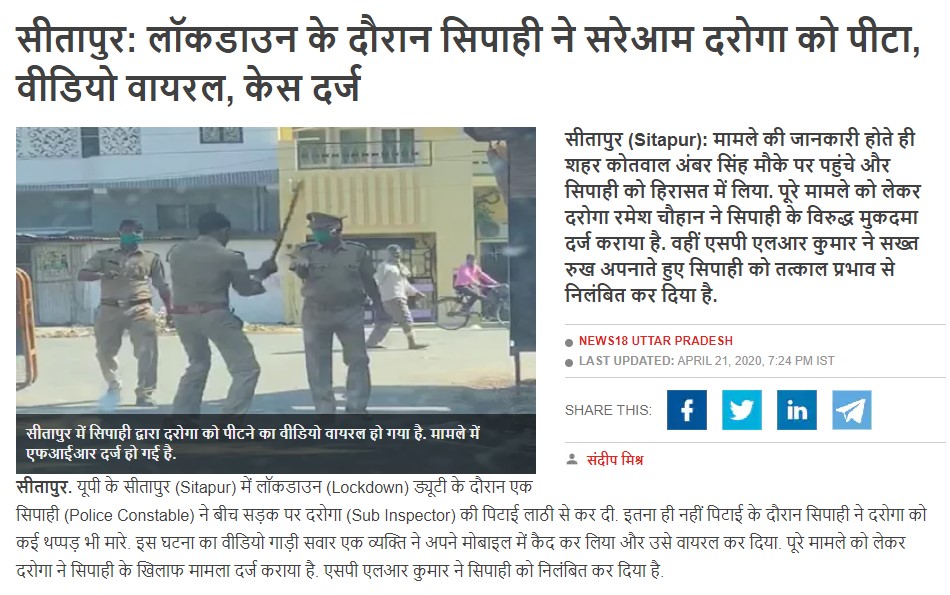 In the video, Head Constable Ram Asray was seen hitting S-I Ramesh Chauhan with his lathi at a picket duty in the Kotwali area. The head constable lands at least six-eight blows on the S-I. The S-I asked Mr. Asray to stand guard when he found him sitting, said the police.

As per The Hindu report, 33-second footage of the incident was widely shared on social media following which action was taken against the head constable. The constable was suspended and booked.

In conclusion, an old video from last year showing a head constable attacking a senior sub-inspector is being shared with a falsely shared as a recent one.