A video of a man cuddling with a cheetah family from South Africa was being shared with a false claim Pipleshwar Mahadev Temple, Mochal (Sirohi).

Recently, a video of a man cuddling three cheetahs as they fall off to sleep is doing the rounds on social media platforms claiming that the incident took place in the Pipleshwar Mahadev Temple of Rajasthan's Sirohi area.

Former cricketer and politician Kirti Azad shared the 1-minute-long video with a caption in Hindi that can be roughly translated to, "This video is of Pipleshwar Mahadev Temple Mochal (Sirohi). Every day, this cheetah family sleeps with the temple servant." 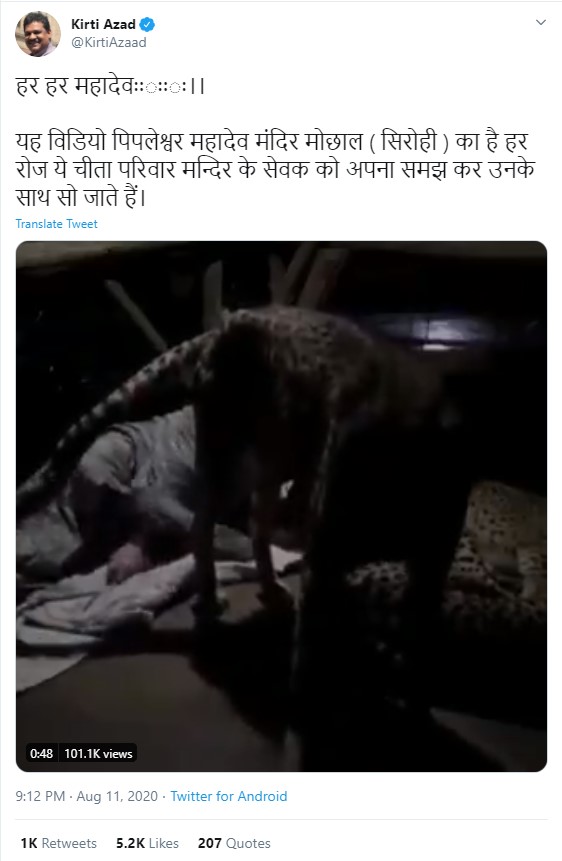 The same video is being shared on Facebook as well with the same claim. 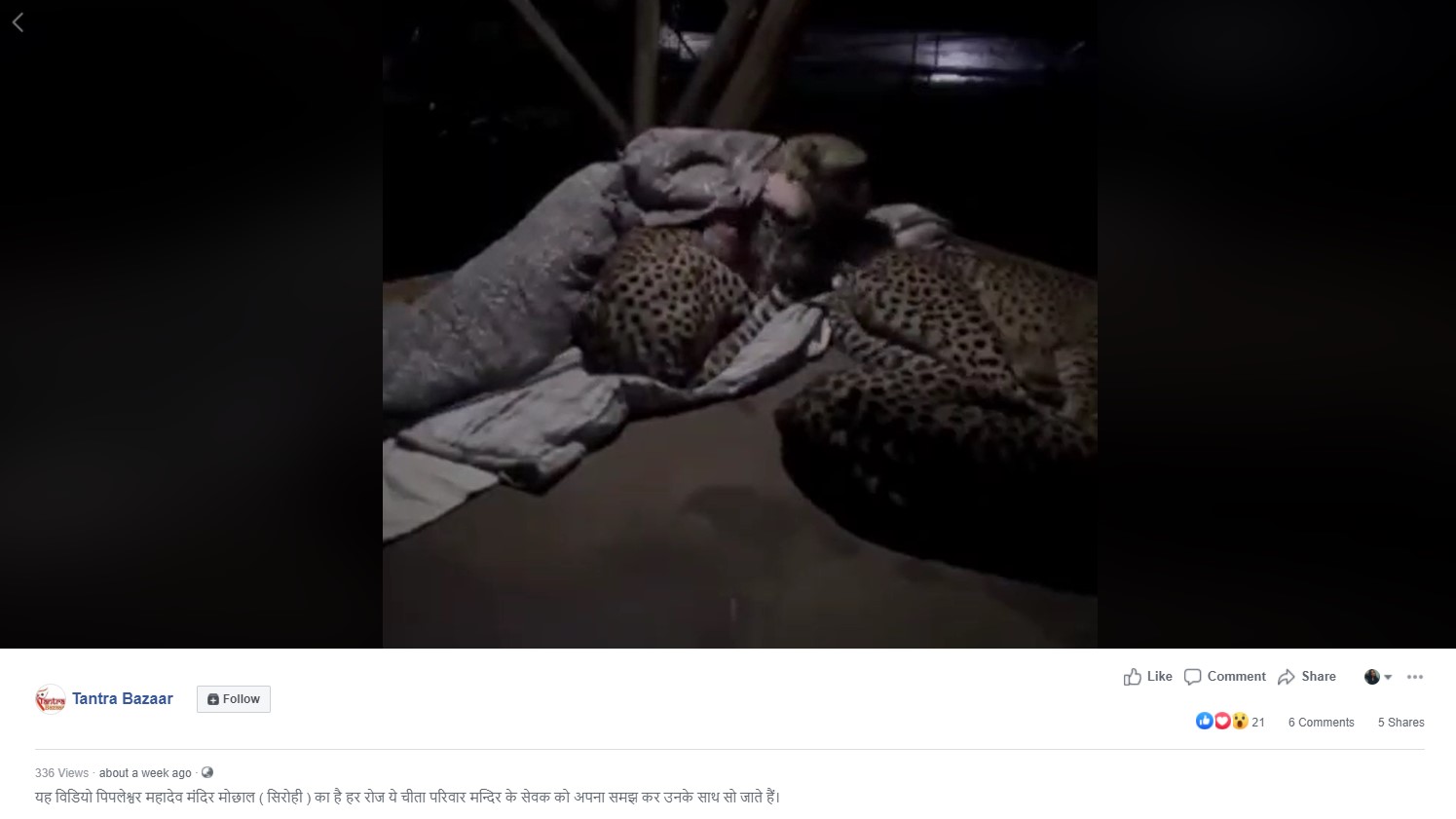 In our investigation, we found out this claim to be false. The viral video is not from India but from South Africa.

With the help of a relevant keyword search on Google, we found a longer version of the footage which was shared on YouTube by Dolph C Volke in January last year.

The title of the video reads, 'Do Cheetahs Prefer Cold Hard Concrete Or Warm Blankets Pillow & A Friend? | Three BIG CAT Night'. The video has over a million views. From the description of the video, we were able to ascertain that Volker is an animal advocate who spent nights with the cheetahs at a cheetah breeding center in South Africa, Cheetah Experience. In this particular video, Volker films and studies the behavioral changes of the animal when they get human warmth.

In the description, Volker shared his experience as, "I was granted special permission to spend my nights with the three because I had watched them grow up and built up a relationship with them during past volunteering." He further writes, "I think it is really cool these cheetahs trust and like me enough to share their most vulnerable time at night to snuggle, purr, and share their warmth and sleep with me."

Moreover, we found a News18 article from June 2020 on the video and how it has created a sensation on social media. The article also mentions about Indian Forest Service officer Parveen Kaswan's tweet confirming that the breath-taking clip was of animal rights advocate Dolph C. Volker from South Africa. 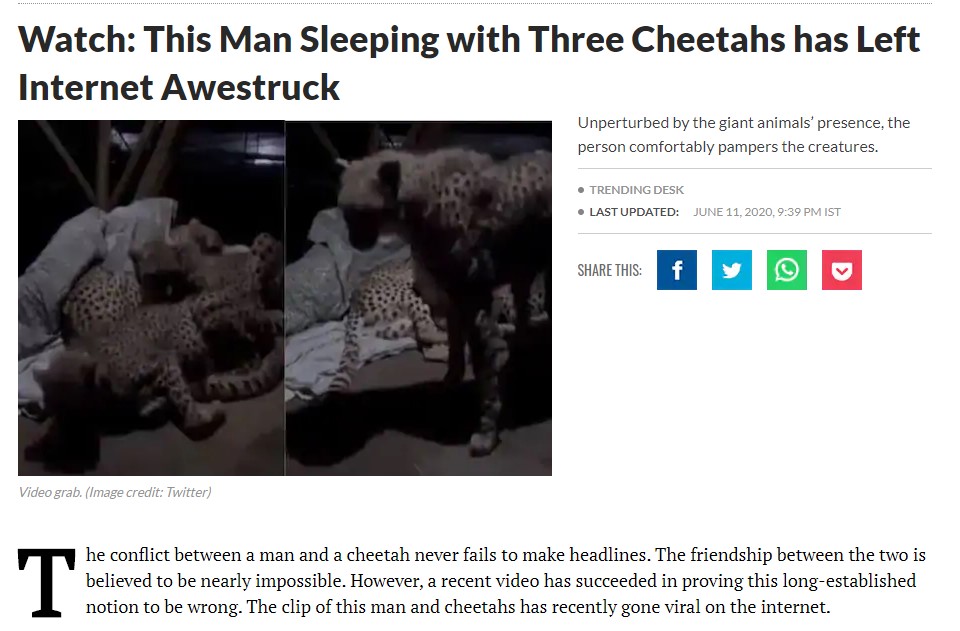 In conclusion, a video of a man cuddling with a cheetah family from South Africa was being shared with a false claim Pipleshwar Mahadev Temple, Mochal (Sirohi).