The claim that the viral video shows Deepak Sathe, Air India Express Pilot, who passed away in a Kerala plane crash is false. The officer seen singing the song in the video is Girish Luthra, former Vice-Admiral of the Indian Navy, who was performing at the Golden Jubilee Celebrations of the Navy in 2018.

On August 7, in an unfortunate incident, an Air India Express flight crashed after overshooting the runway at Kozhikode airport in Kerala. The crash killed at least 18 people, including the pilot, Captain Dipak Vasant Sathe, and the co-pilot Captain PP Singh.

Amid this, a four-minute-long video of a uniformed man singing a famous Bollywood song ‘Ghar Se Nikalte Hi’ is being shared with the claim that it shows late Captain Dipak Vasant Sathe singing. A twitter user name Sanjay Ezhavan shares a video with a caption "Deepak Vasanth Sathe: Decorated IAF officer to pilot of ill-fated Air India Express aircraft." 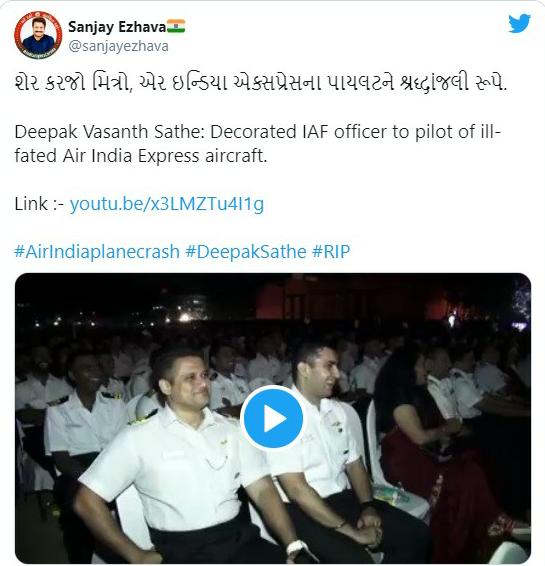 The same video is also getting viral on Facebook with the same claim. 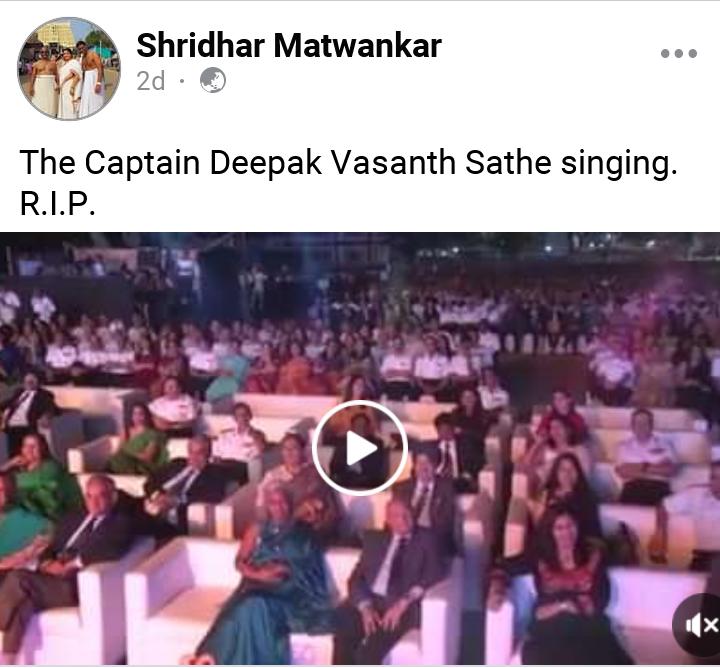 In our investigation, we found that the viral claim is false. The officer seen singing the song in the video is Girish Luthra, former Vice-Admiral of the Indian Navy, who was performing at the Golden Jubilee Celebrations of the Navy in 2018.

After doing a reverse image search of the keyframes, we found a video on the Youtube channel named Vice Admiral Girish Luthra Retd published on 5 March 2019. According to the caption the person singing identified as Vice Admiral Girish Luthra (Retd). However, the uniform worn by the officer singing in the video is the Indian Navy's official uniform.

Vice Admiral Luthra chose to sing the iconic and hard-hitting song on the special occasion of the Indian Navy celebrating its ‘Golden Jubilee’ - 50 years - after being formally established on 1 March 1968.

According to a report, In a heartwarming rendition of Udit Narayan’s Ghar Se Nikalte Hi, Vice Admiral Girish Luthra (Retd) left the families of the Indian Navy officers smiling. Vice Admiral Luthra, who held the position of Flag Officer Commanding-in-Chief, Western Naval Command, retired on 31 January upon superannuation, after dedicating four decades of his life to the Indian Navy. He was in charge of the Western Naval Command since May 2016. The video was published on Youtube on 5 March 2019, it was originally recorded in March 2018.

In conclusion, the claim that viral video shows Deepak Sathe, Air India Express Pilot, who passed away in a Kerala plane crash is false. The officer seen singing the song in the video is Girish Luthra, former Vice-Admiral of the Indian Navy, who was performing at the Golden Jubilee Celebrations of the Navy in 2018.