The screenshot of the tweet being shared on social media refers to the attack in Southern Syria which happened on August 3rd.

Several posts on various social media platforms have claimed that the Israeli PM Benjamin Netanyahu is behind the blasts that claimed the lives of many and injured several people in the capital of Lebanon. A tweet from the Israeli PM is being used as supposed “proof” to claim that he has claimed responsibility for the blasts.

People are sharing the screenshot of the tweet or have quoted the tweet which reads, “Prime Minister Netanyahu: “We hit a cell and now we hit the dispatchers. We will do what is necessary in order to defend ourselves. I suggest to all of them, including Hezbollah, to consider this”. Following this tweet, another reads that these words should be taken seriously and are not vain.

A Facebook user Danish Ayoub shared the screenshot with a caption, "#Israel's PM #Netanyahu just admitted the bombing of #Beirut was #IDF and an act of terror by the State of Israel. I'm just speechless at the level of atrocity this is and how so many innocent people in #Lebanon are now dead." 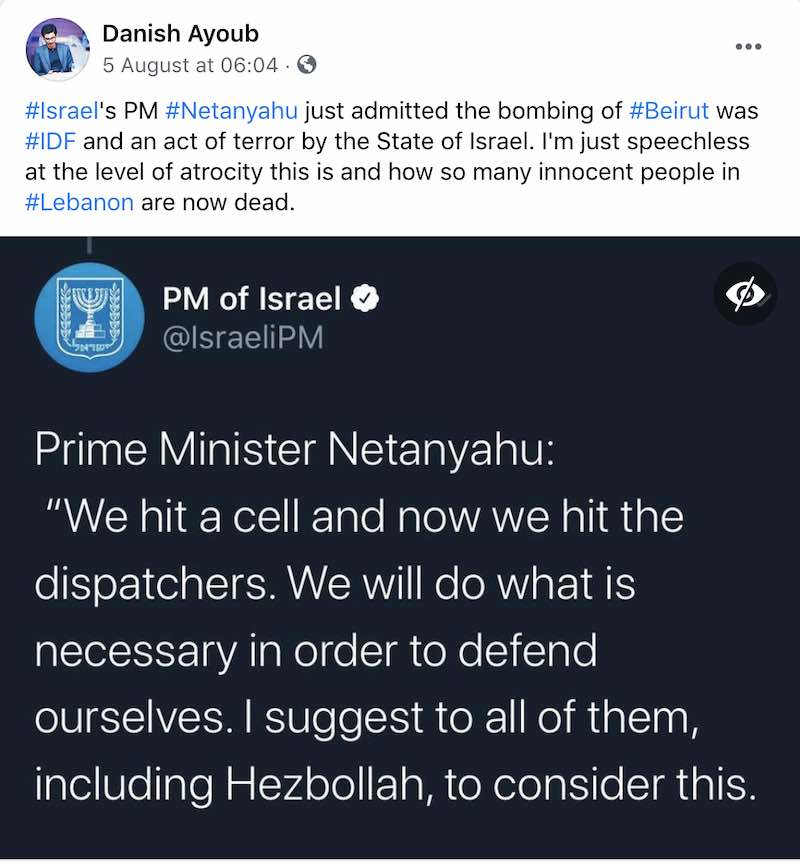 Another user tweeted, "the explosion in lebanon is not a coincidence. idc what anyone says the israel pm tweets “We hit a cell and now we hit the dispatchers” 2h before it happens and y’all think it’s fireworks? & lebanon is going through one of the biggest economic crisis’s in the world? #BeirutBlast" 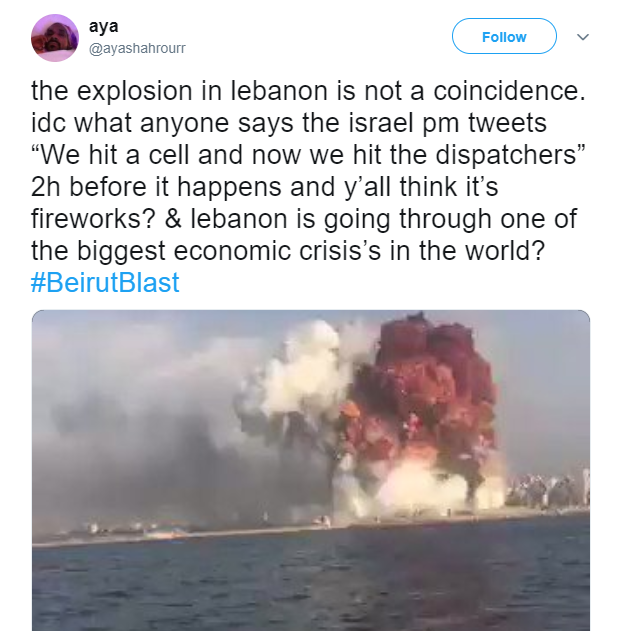 It is true that the PM tweeted these, however, this was not tweeted in context with the Beirut blasts but refers to the Southern Syrian attacks which happened on August 3rd. This attack was a result of the already existing tensions between Israel and Syria and the tweet was in response to threats against Israel after they attacked the Syrian military after an alleged attempt of attack in Israel occupied Golan Heights.

In conclusion, the PM of Israel did not take responsibility for the blast that happened in Beruit, Lebanon as claimed by some social media users. Moreover, he had also expressed his grievances to the people affected in the blast and even stated that Israel is ready to offer humanitarian assistance to Lebanon.