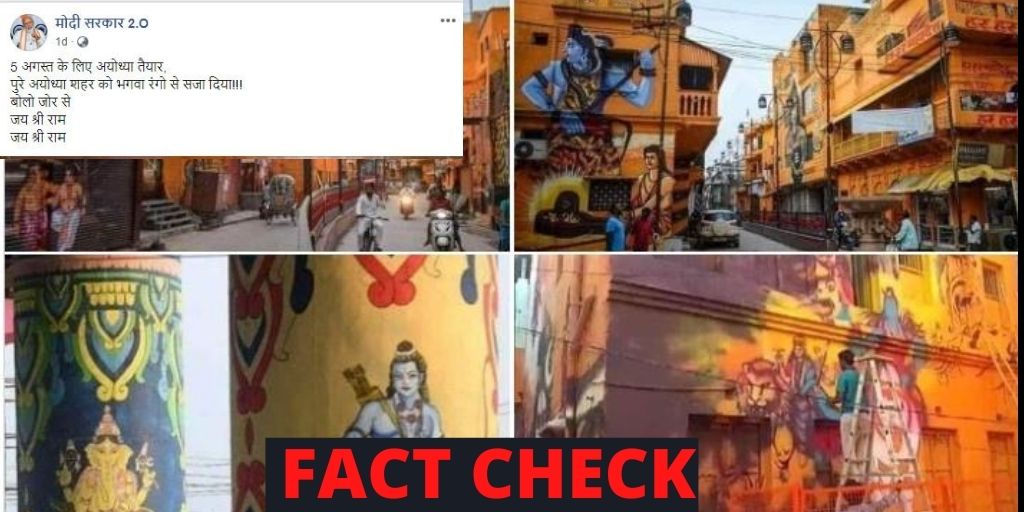 The claim Ayodhya has been painted saffron ahead of Ram Temple foundation laying ceremony on August 5 is false. Images from UP's Prayagraj are being falsely shared to be from Ayodhya.

Recently it was reported that Prime Minister Narendra Modi will lay the foundation stone of the Ram Temple slated to be built in Ayodhya on August 5. Amid this, a set of four images showing saffron-colored buildings with murals of Hindu Gods painted on them is being shared on social media claiming them to be from Ayodhya which is gearing up for foundation laying ceremony of Ram Temple. 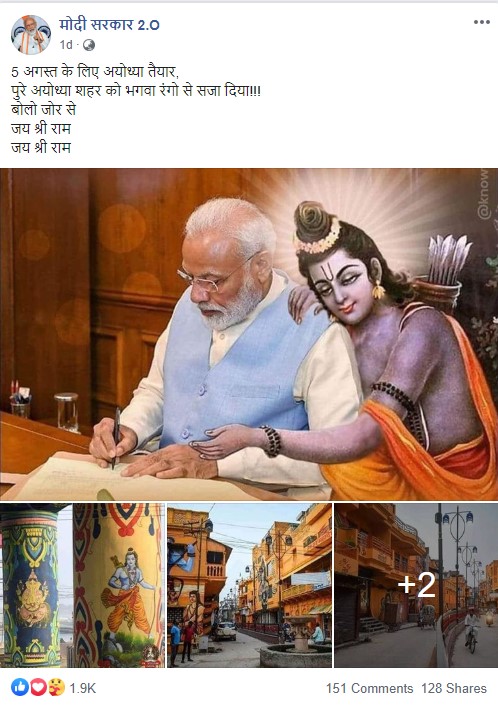 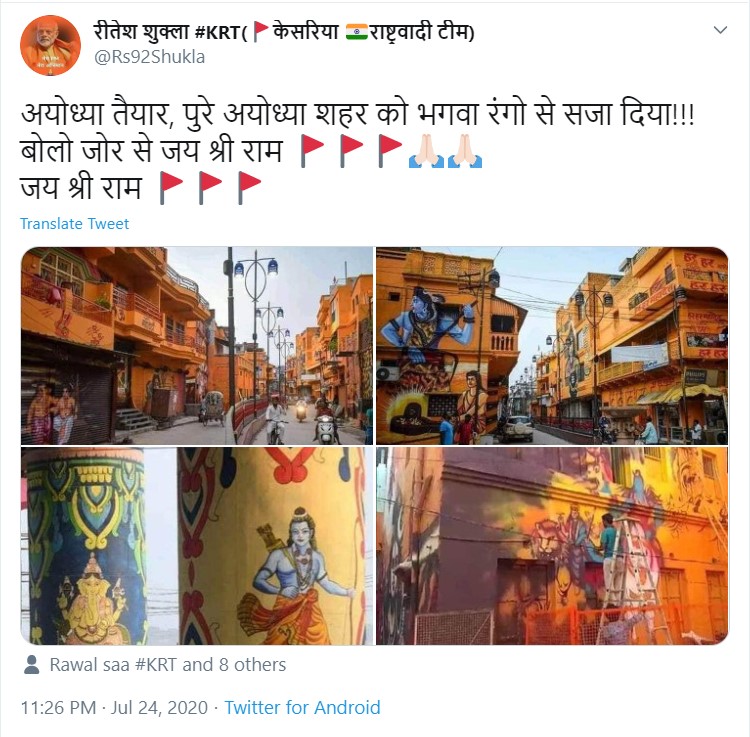 In our investigation, we found this claim to be false. The viral images are not from Ayodhya but from Faizabad. 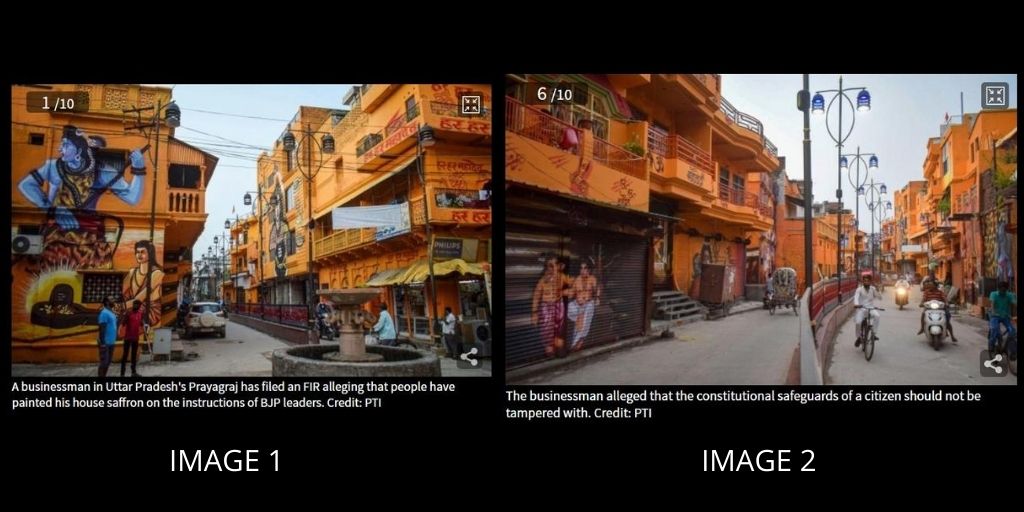 According to the article, a businessman in Prayagraj filed an FIR alleging that some people had painted his house saffron at the behest of BJP leaders.

We found the third image tweeted by ANI-UP's verified handle which also mentions that the incident was from Prayagraj.

We found the fourth on the Getty Images website. As per the website, the photo was clicked by Sanjay Kanojia for AFP and was uploaded on December 9, 2018.

The caption with the picture reads 'Indian artists paint pillars of the Shastri bridge over the river Ganges as part of the ongoing 'Paint My City' project in Allahabad on December 9, 2018. - 'Paint My City' project for the upcoming Kumbh Mela festival, in Allahabad. (Photo by SANJAY KANOJIA / AFP) (Photo credit should read SANJAY KANOJIA/AFP via Getty Images)'. The ardh-Kumbh fair was held in Allahabad (now Prayagraj) between January 15 and March 4, 2019. 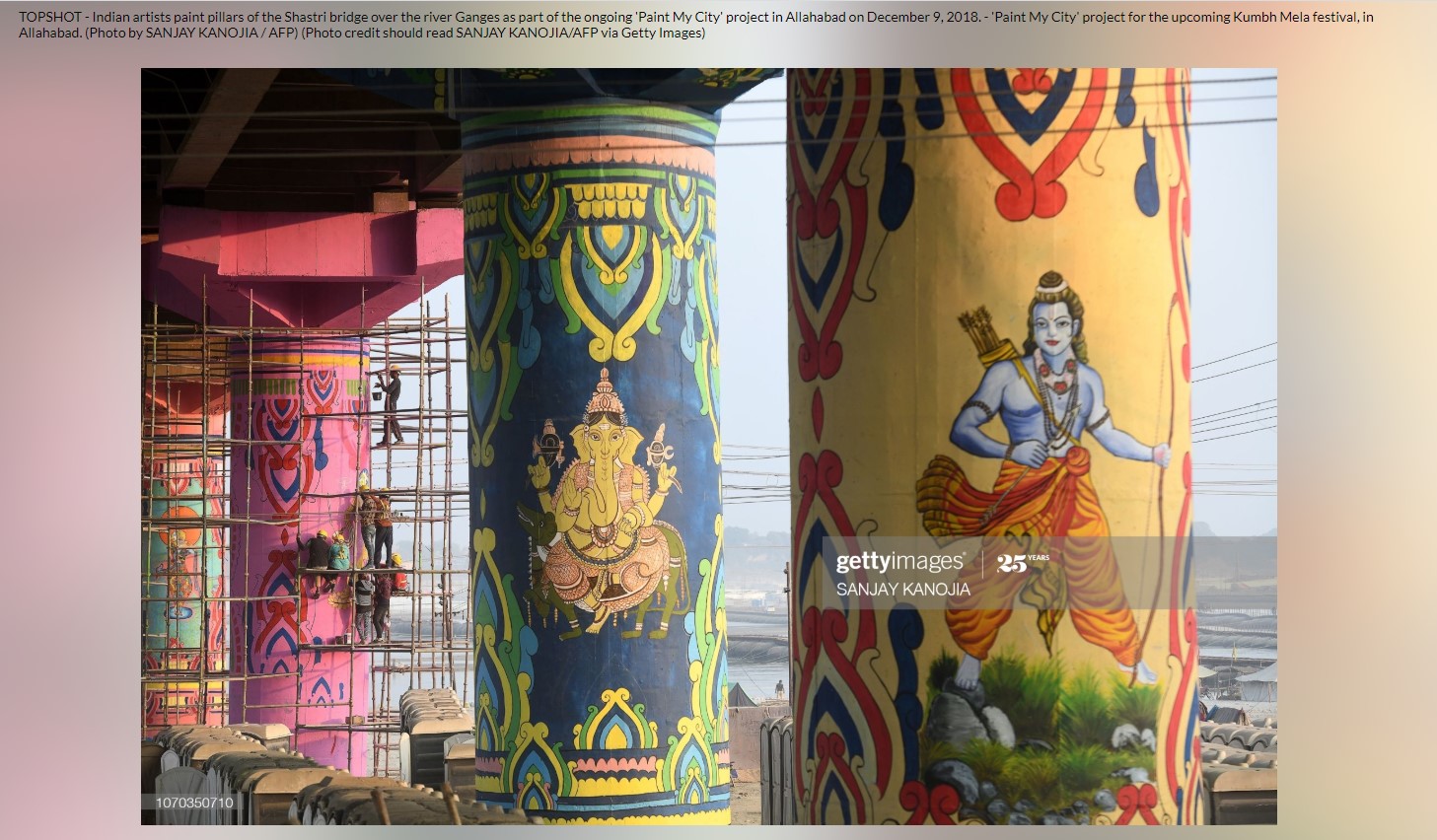 We also contacted a resident of Ayodhya, Ayush Mishra, who is a member of Akhil Bhartiya Vidhyarthi Parishad. He confirmed that no buildings had been painted saffron in the city.

In conclusion, the claim Ayodhya has been painted saffron ahead of Ram Temple foundation laying ceremony on August 5 is false. Images from UP's Prayagraj are being falsely shared to be from Ayodhya.