The claim being made with the picture that the UP police arrested a child because he was Muslim is false. This picture is two years old and the police did not arrest the child, but saved him.

A picture is getting viral on social media, in which, a child wearing a skull cap can be seen standing with two policemen. The leg of the boy is chained. It is being claimed that the child has been arrested by the UP police because he was Muslim.

A Facebook page Owaisi supporter shared the picture with a claim that "More dangerous criminal than  Vikas Dubey. It is such a big crime to wear skull cap and being born in a Muslim family that these brave policemen have arrested him". (Roughly translated from Hindi). 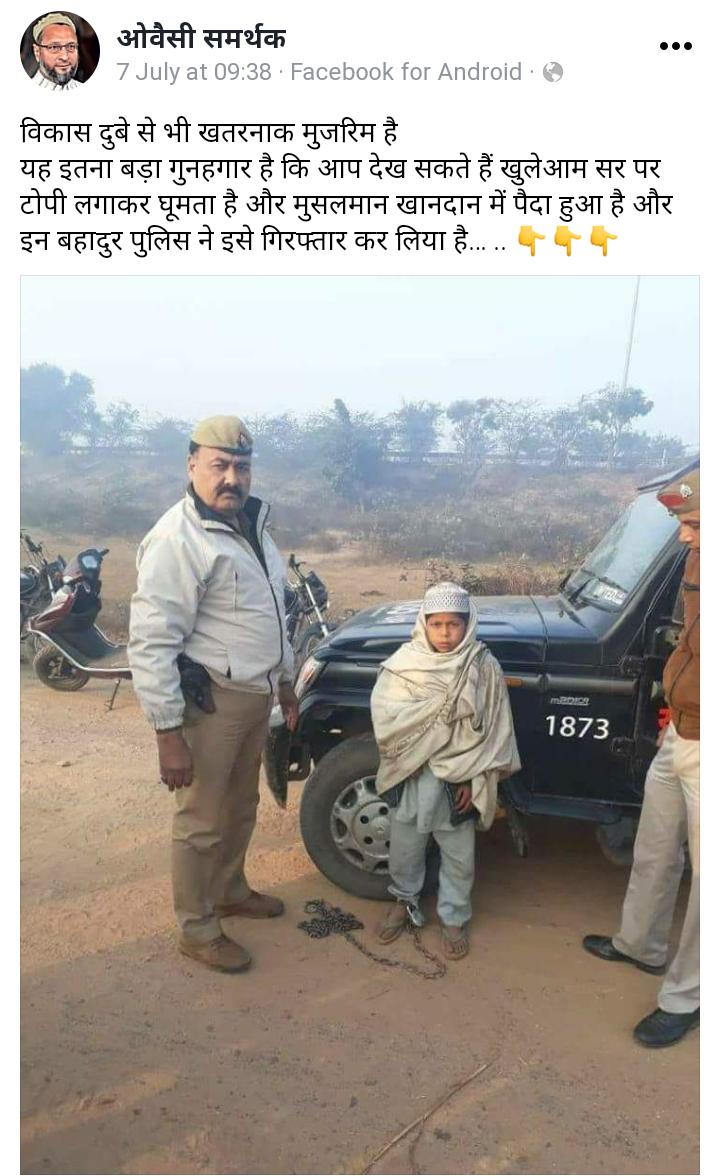 The viral post recived 428 likes and 519 shares at the time of writing this article. 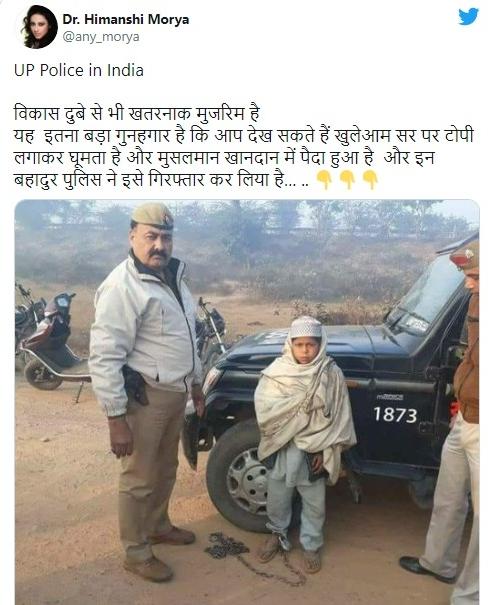 The viral post recived 179 likes and 126 retweets at the time of writing this article.

In our investigation, we found that the claim being made with the picture is misleading. This picture is two and a half years old. The child seen in the viral picture was caught by the UP police in chains, which was freed by the police and handed over the child to his family members.

After doing reverse research of the image on Google, We found this picture on the official Twitter handle of Call 112 of UP Police. This photo was uploaded on 20 January 2018. The child was caught by the police in chains at Gautam Budh Nagar. After freeing him from the chains, the police handed over the child to his family members. 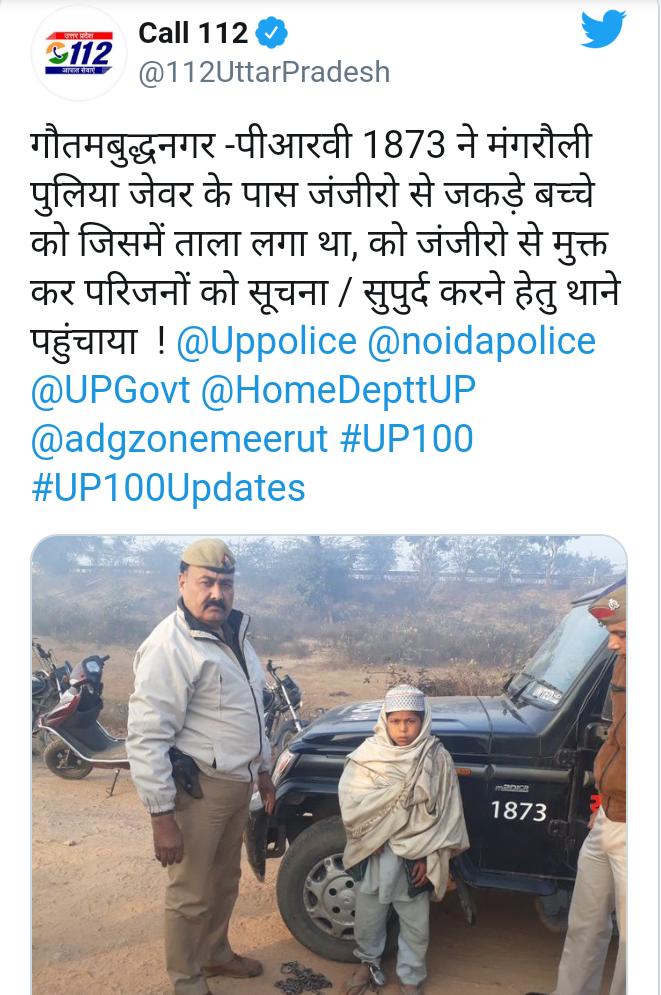 With the help of related keywords, we also got a press release of the UP Police regarding this matter. In the press release the name of this child was told as Arif, who was a resident of a town in Faridabad, Haryana. The police found this child on Mangrauli Pulia highway.  The PRV immediately reached the spot and took the crying child in its custody. The child was later handed over to his father through a local police station. 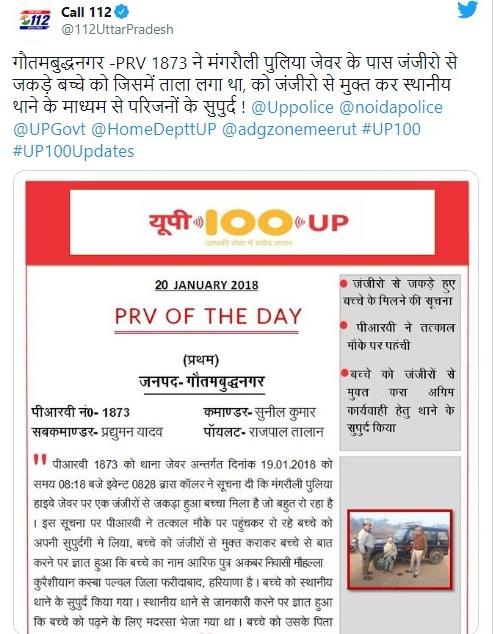 In conclusion, we found that the claim that the UP police arrested a child because he was Muslim is false. This picture is two years old and the police did not arrest the child, but saved him.