The viral picture of a child killed in an attack by terrorists in Kashmir is now being shared on social media to target the Indian Army.

A disturbing image of a dead young boy is going viral on social media with a claim that the Indian Army has killed this child in Kashmir.

A twitter user Kashmir Solidarity Council tweeted the picture with a caption "Very heart breaking news. This young boy got killed today by Indian army. This is not a news in Kashmir but became a routine of Indian occupied army to kill someone somewhere in the state of Jammu and Kashmir. Silence of international community is a big question mark ?" 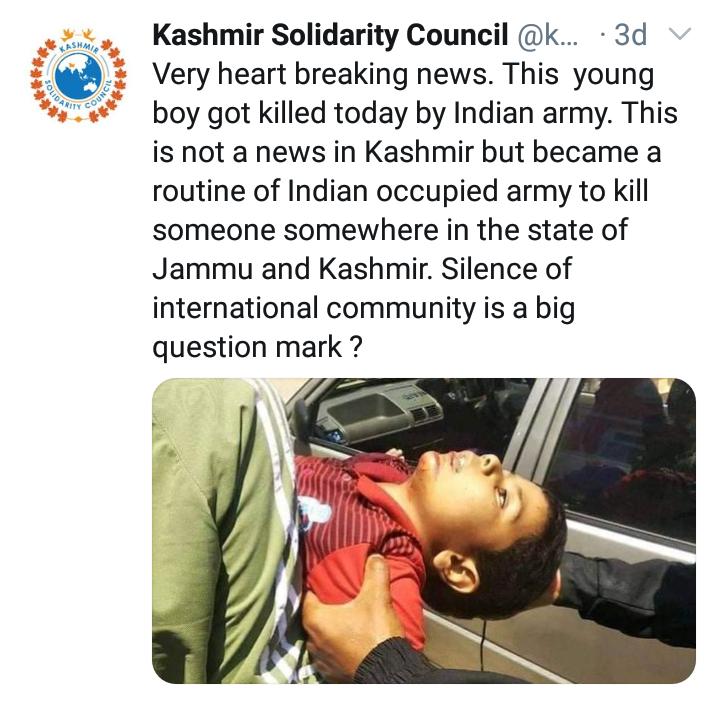 Another Twitter user name Bint-E-Hawa shared the video of this child's funeral procession and wrote, "Indian Army martyred 4-year-old boy in Kashmir.The country, which holds nuclear weapons, is also afraid of an 4-year-old child. May Allah annihilate those Indian soldiers who are martyring innocent Kashmiri". 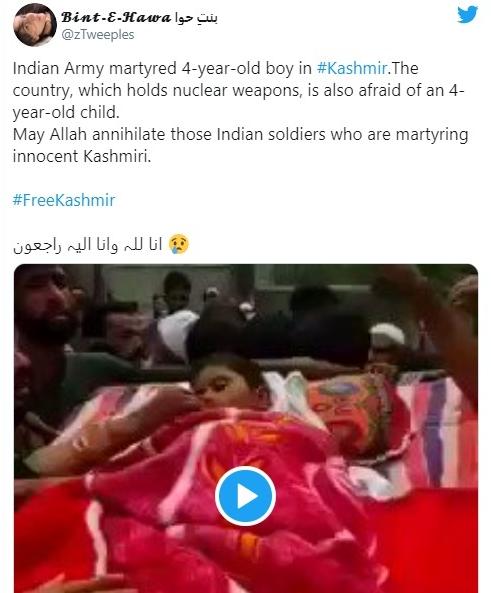 In our investigation, we found that the child whose picture is being shared was killed by the terrorists. The militants opened fire on the CRPF Patrol Party in Anantnag, in which a CRPF jawan and a child were killed.

After doing the reverse image search on Google, we found an article of The Kashmir Press published on 26 June 2020, in which the same picture can be seen. According to this article, terrorists are responsible for the death of CRPF jawan and a child. 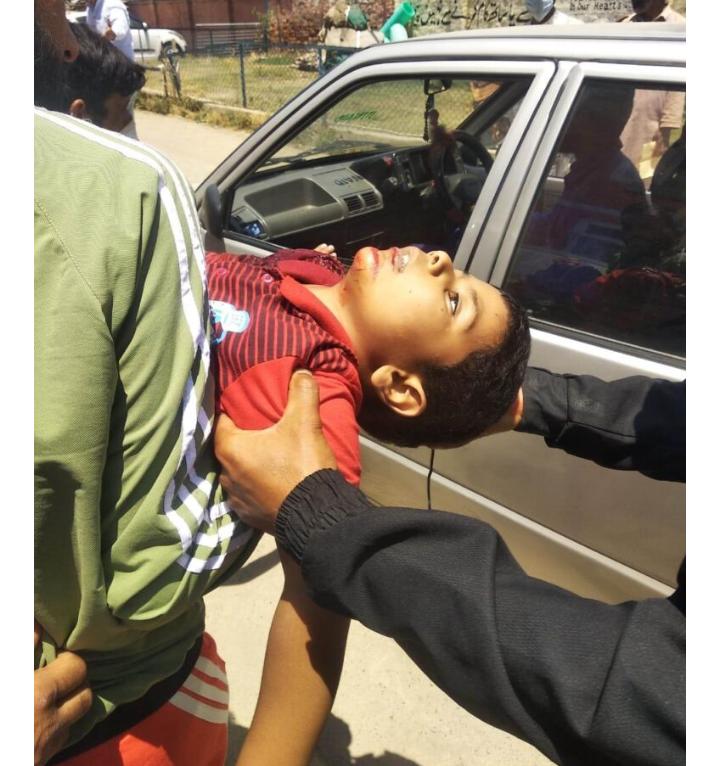 The official Twitter handle of the Kashmir Zone police was also confirmed in a tweet on 26th June 2020. The tweet reads, "Terrorists fired upon CRPF party at Bijbehara Anantnag resulting in death of a minor boy and a CRPF personnel. Area cordoned off. Case registered." 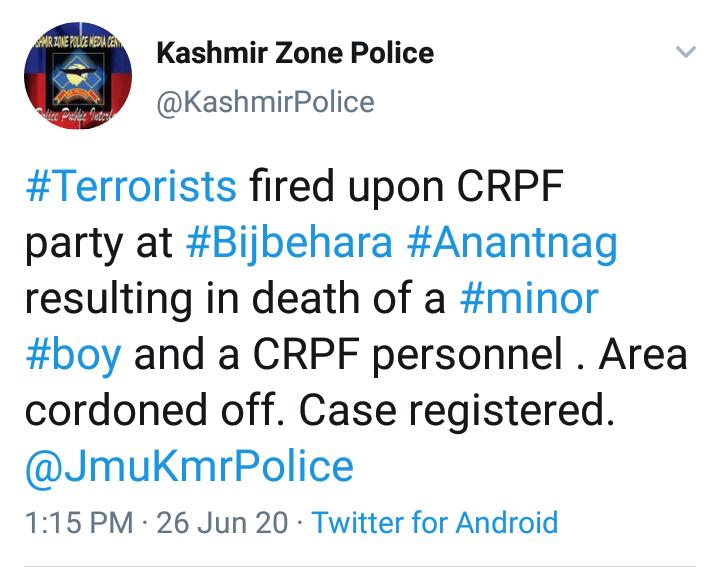 According to an article of Times of India, the boy, identified as Nihan Yawar an eight-year-old boy, a resident of neighboring kulgam district, was traveling with his father for some personal work when he was hit by a bullet fired by the terrorist at Padshahi Bagh bridge in Anantnag's Bijbehara area. 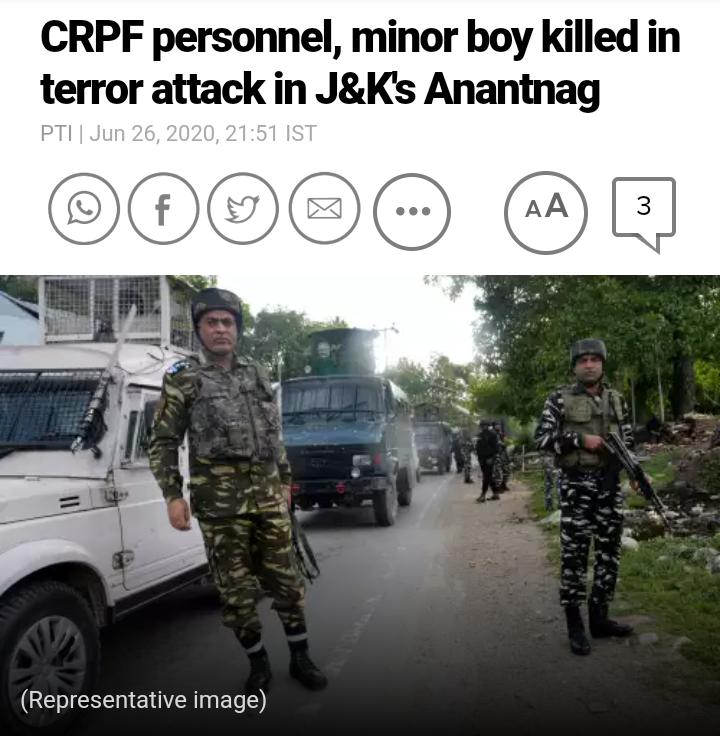 In conclusion, we found that a picture of a child killed in an attack by terrorists in Kashmir is now being shared on social media to target the Indian Army.