A Facebook post has posted a piece of information according to which the first branch of the Bank of China is set to be opened in India. This comes as controversial following the current border tension between India and China.

Here is the Facebook post which claims that the first branch in India is being opened in Mumbai which got a lot of engagement with several people sharing it. ANI's tweet's screenshot in the post reads, "Reserve Bank of India issues licence to Bank of China to operate in India. This was a commitment made by PM Modi to Chinese leadership: Sources". 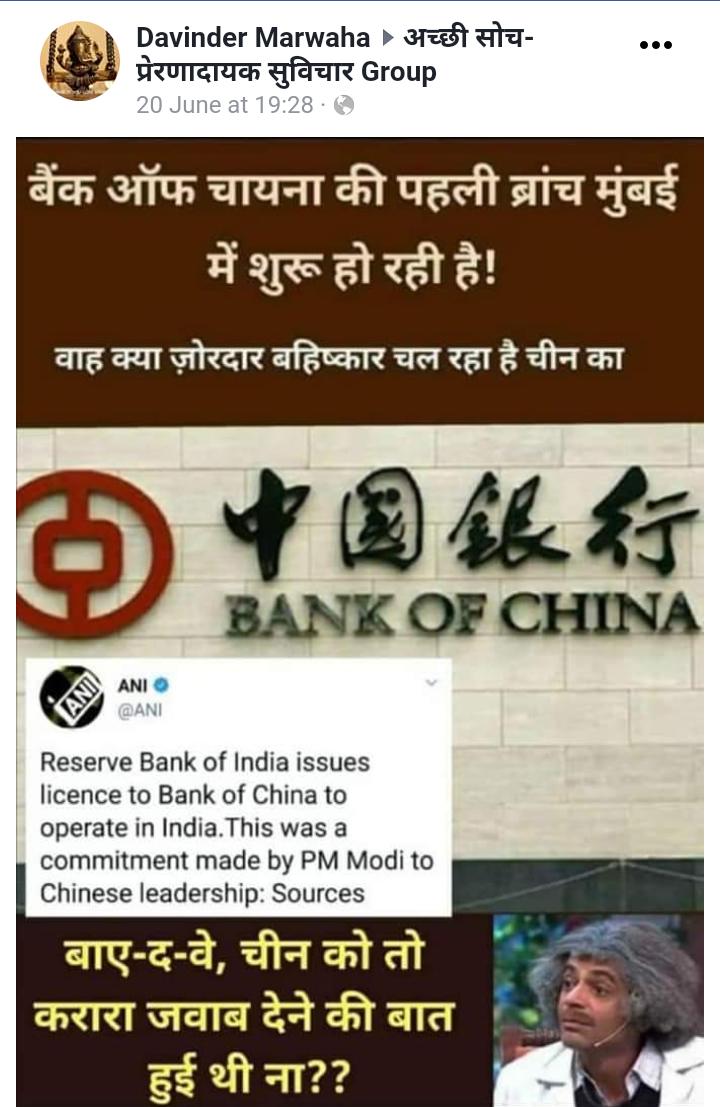 We also received a request for a Fact Check.

We noticed how the date and time of publication of the tweet has been cut off from the ANI tweet. A simple Google reverse image search showed that the same picture with ANI's tweet's screenshot was going viral in 2018 as well. On July 2018, Ranjana Singh, a volunteer of Indian National Congress had tweeted the same picture with a message: 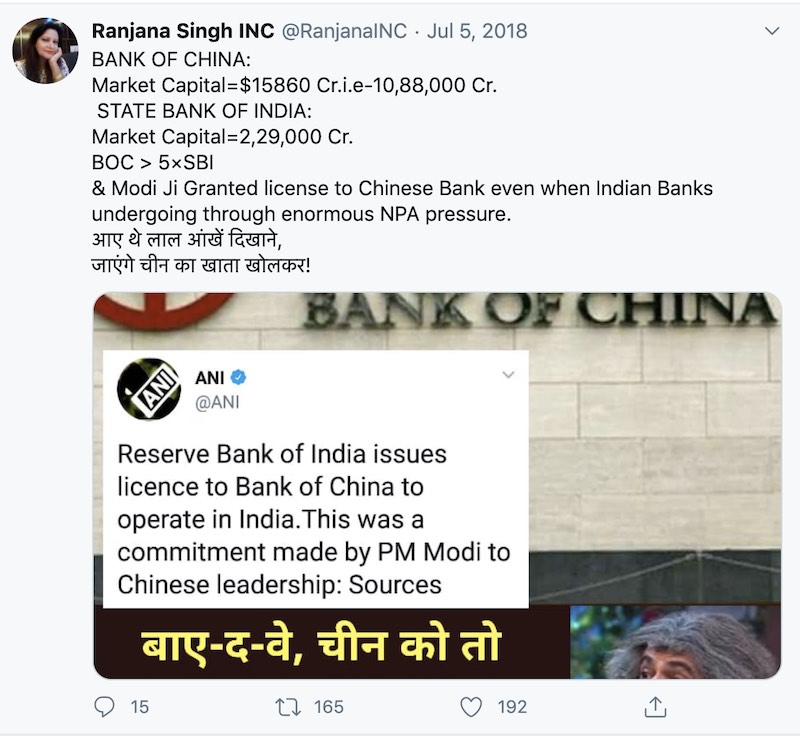 We did a search with keywords in the tweet and we found the tweet by ANI but it is from July 2018.

Moreover, we found articles that report the Bank of China starting the Indian operations as well from 2019. According to The Hindu's report, “The launch of Chinese bank in India comes after a series of successful meetings between Indian Prime Minister Narendra Modi and Chinese President Xi Jinping in 2018 to strengthen the strategic engagement between the 2 countries,”

According to a report by Hindustan Times, Prime Minister Narendra Modi had made a commitment to Chinese President Xi Jinping to allow Bank of China to set up branches in India when they met on the sidelines of the SCO summit in Chinese city of Qingdao in 2018.

In conclusion, the claim that the Bank of China is going to open its first Indian branch in Mumbai during tensions between India and China is false. The Bank of China branch in India opened last year and the license was issued two years ago.