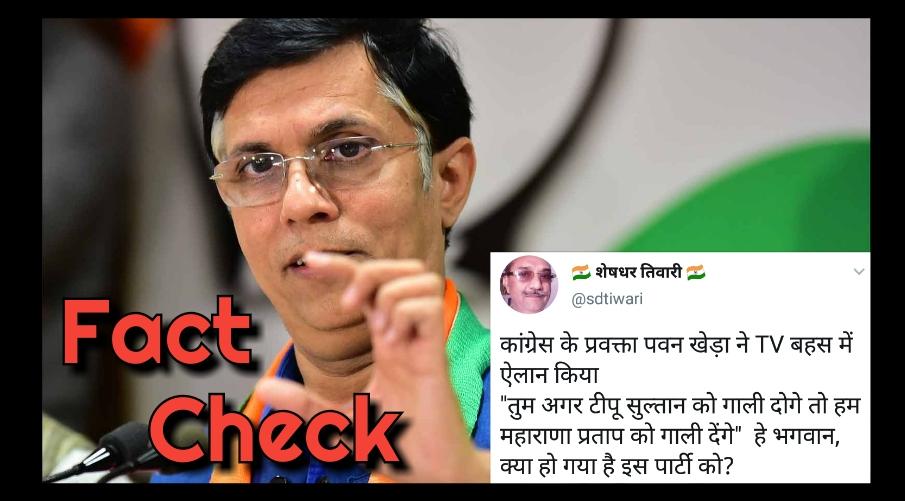 The viral claim is fake that Pawan Khera gave a statement during a debate on the TV channel that if someone abuse Tipu Sultan, we will abuse Maharana Pratap.

A message is getting viral on social media claiming that Congress spokesperson Pawan Khera announced during a debate on the TV channel - "If you abuse Tipu Sultan, we will abuse Maharana Pratap".

The president of Akhil Bharatiya BhashaSahitya Sammelan Seshadhar Tiwari has tweeted, "Congress spokesperson Pawan Khera declared in TV debate "If you abuse Tipu Sultan, we will abuse Maharana Pratap" Oh God, what has happened to this party? 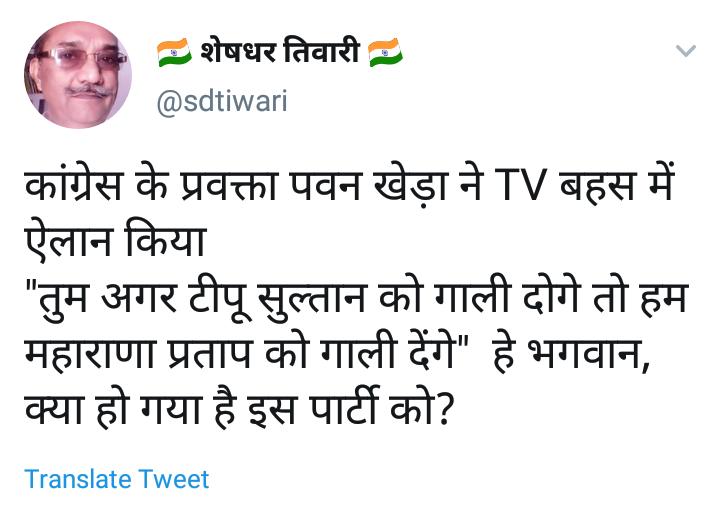 The post received 222 likes and 139 retweets at the time of writing this article.

The same message is also going viral on Facebook. 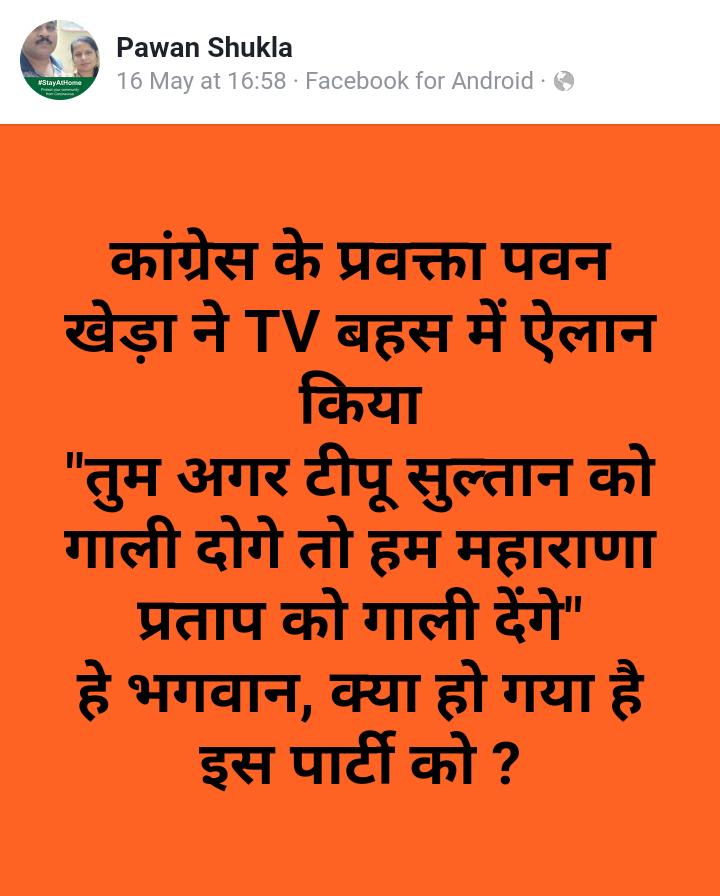 In our investigation, we found that the viral claim is fake.

Replying to Seshadhar Tiwari's tweet, Pawan Khera asked "First of all, tell me when and where I have said this about the Maharana Pratap? If you do not apologize by deleting this tweet, then I will register an FIR against you. I have already registered an FIR against some people for spreading this rumor." 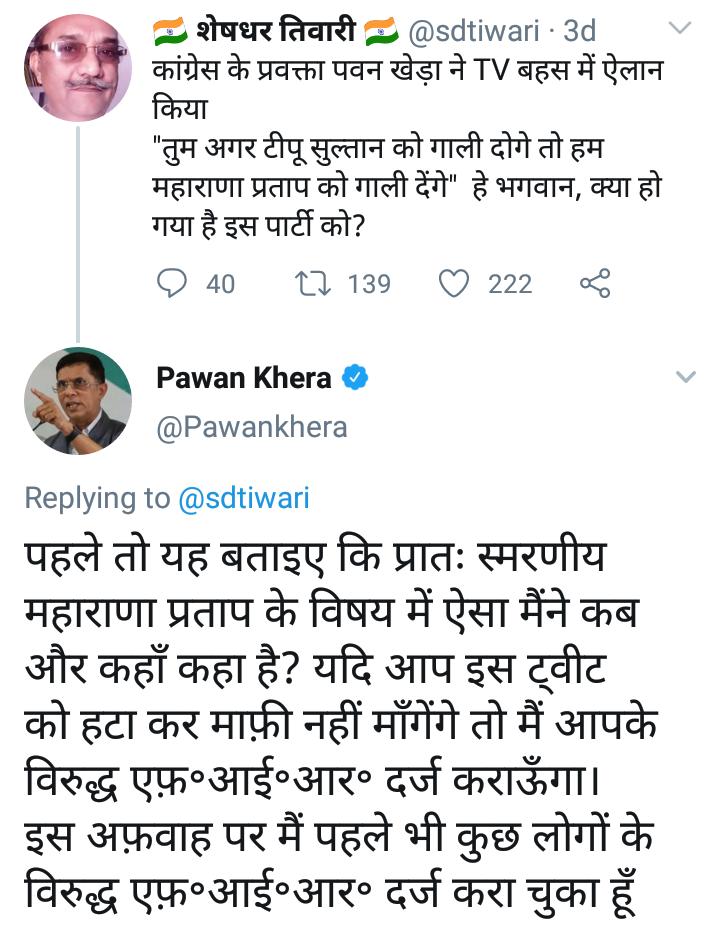 We also find a report of Bhaskar published on November 12, 2018. According to this report, this fake statement also went viral at that time. Pawan Khera said that he did not make any such statement. He said, "someone put this message on Facebook and it went viral, while I did not utter a single word. I am registering a police case against such people". However, we will not take police action against people who apologize and delete the message.

Also, we didn't find any reports or videos in which the Congress spokesperson has talked about abusing Maharana Pratap.

In conclusion, the viral claim is fake that Pawan Khera gave a statement during a debate on the TV channel that if someone abuses Tipu Sultan, we will abuse Maharana Pratap.