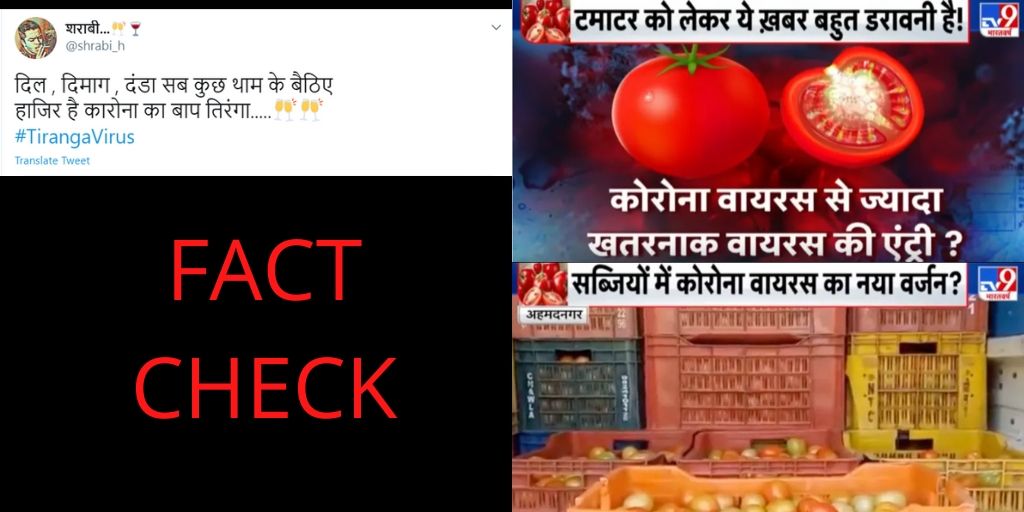 On 13 May, a Hindi news broadcasting channel, TV9 Bharatvarsh ran a story claiming that a new virus has been detected in tomatoes grown in Maharashtra and the consumption of these tomatoes will lead to the spread of this virus onto humans and this will be fatal than the novel Coronavirus. The report has been taken down from all social media platforms by the news channel, however, video clips of the same have been viral on various social media platforms.

A Twitter user has shared the 44-second video clip of the report. 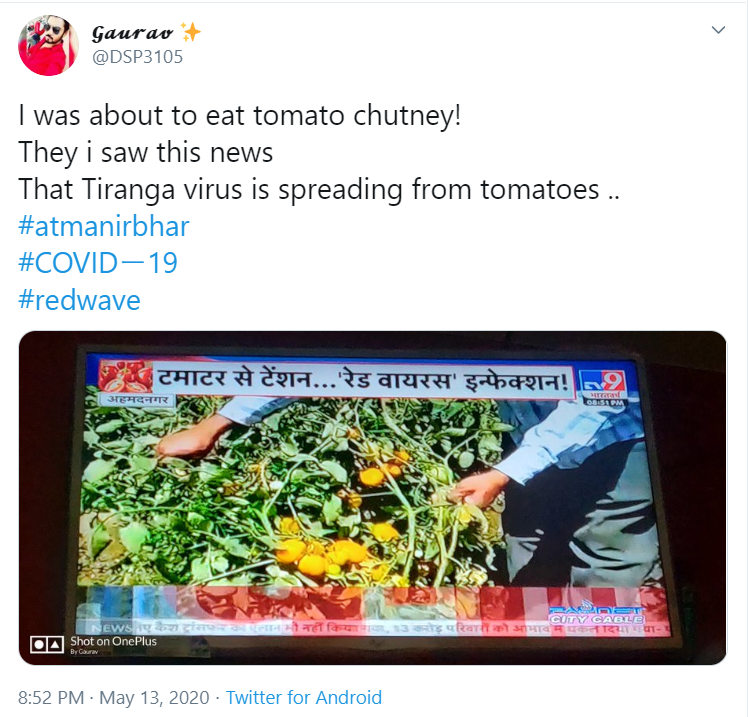 A Twitter user wrote, "I was about to eat tomato chutney! They i saw this news That Tiranga virus is spreading from tomatoes .." 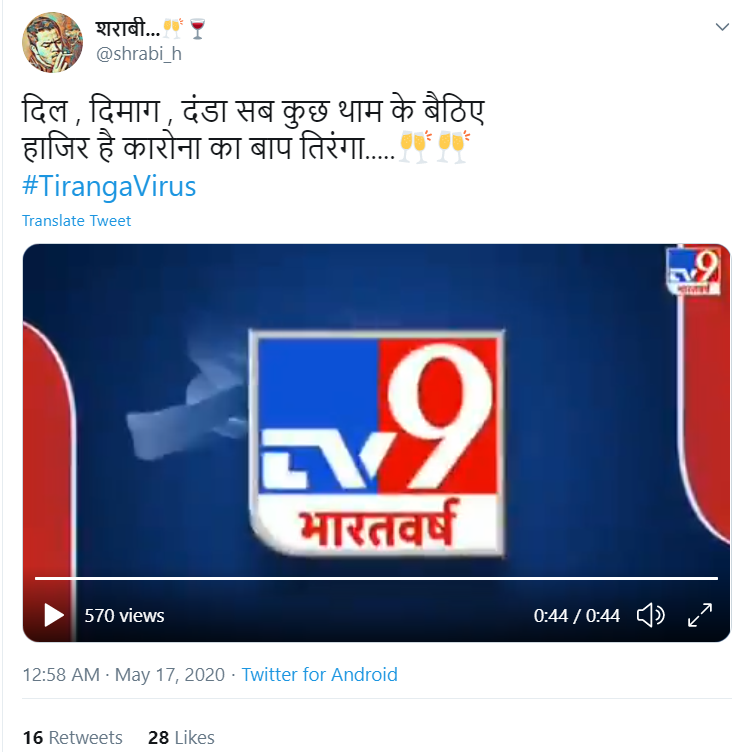 Posts with similar claims are getting viral on Facebook as well. 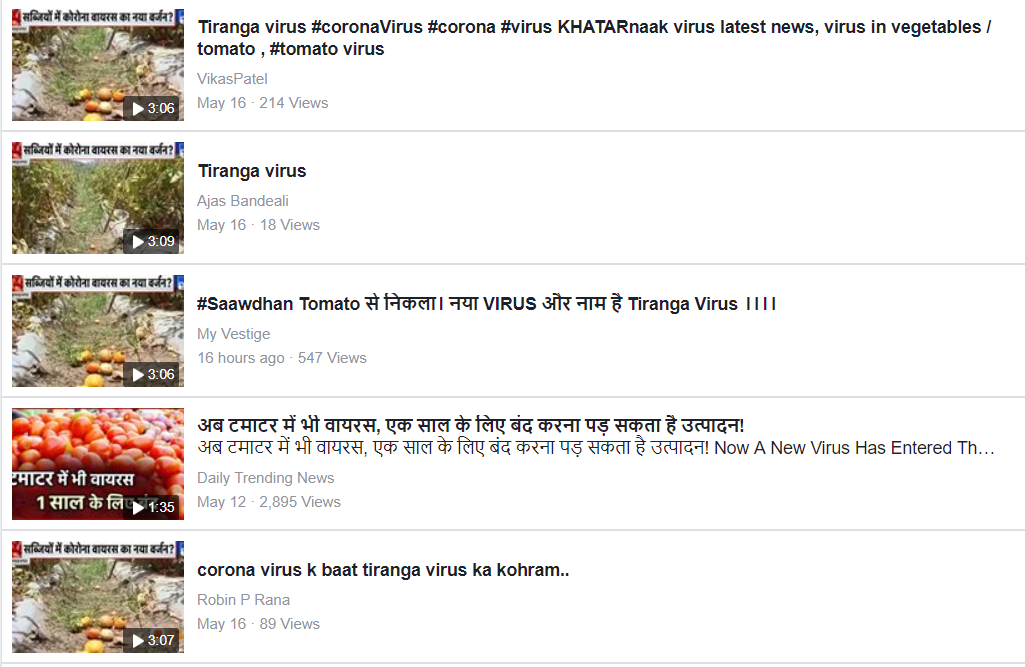 The following are the few screenshots of the report. 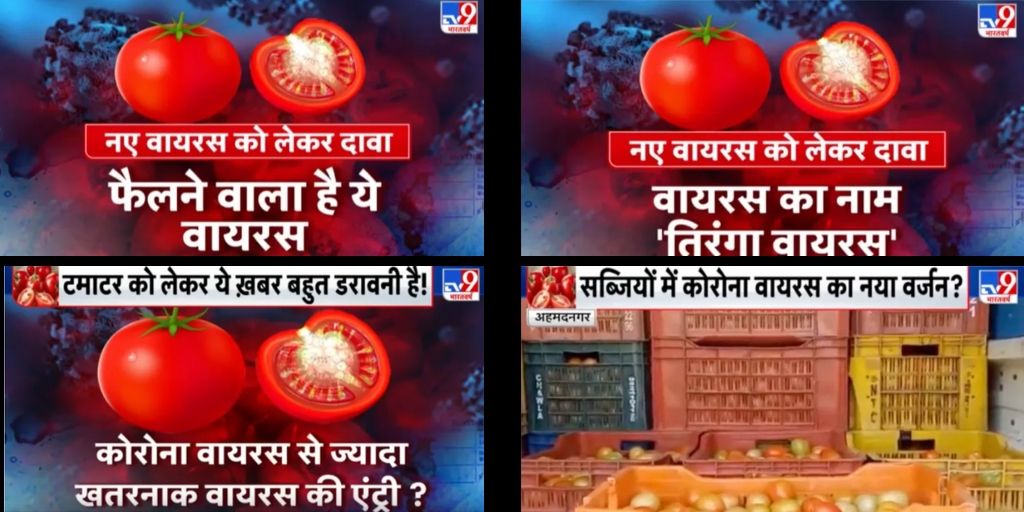 The video further claims that the Ahmadnagar city in Maharashtra has tomato fields that are yet to be cultivated as there is no one to pluck the tomatoes, no one to sell it and no one to buy it. Reportedly, the virus is being tested in the labs which might also infect humans if they come in its contact.

The news report faced severe backlash from social media over the spread of misinformation and eventually, the story was taken down. The news channel ran a story on May 15, denying the statements made in the earlier report. TV9 further clarified that they have not made any such claims and requested that the viewers do not pay heed to any such social media claims. This video can be viewed down below.

In this report, they also denied that they have made any associations between this virus and Coronavirus but the screenshots clearly show that TV9 compared the two in the report published on May 13th.

According to a report published by The Hindu Business line, "An unidentified virus is attacking tomato crops in large parts of Maharashtra. In the districts of Ahmednagar, Pune, and Nashik, about 60 percent of the crop has been decimated in the last 10 days. Experts at the Mahatma Phule Krishi Vidyapeeth at Rahuri, Ahmednagar, which is the local agriculture university, are studying the outbreak along with State government officials but the virus remains unidentified.” The report does not confirm any human transmission or recorded human death from having consumed the tomatoes.

In conclusion, TV9 Bharatvarsh linked an unknown “Tiranga” virus to the existing Coronavirus to present a sensational news report.