Fact Check: An act by a local theater artist shared by BJP Bengal as suffering of poor in the state 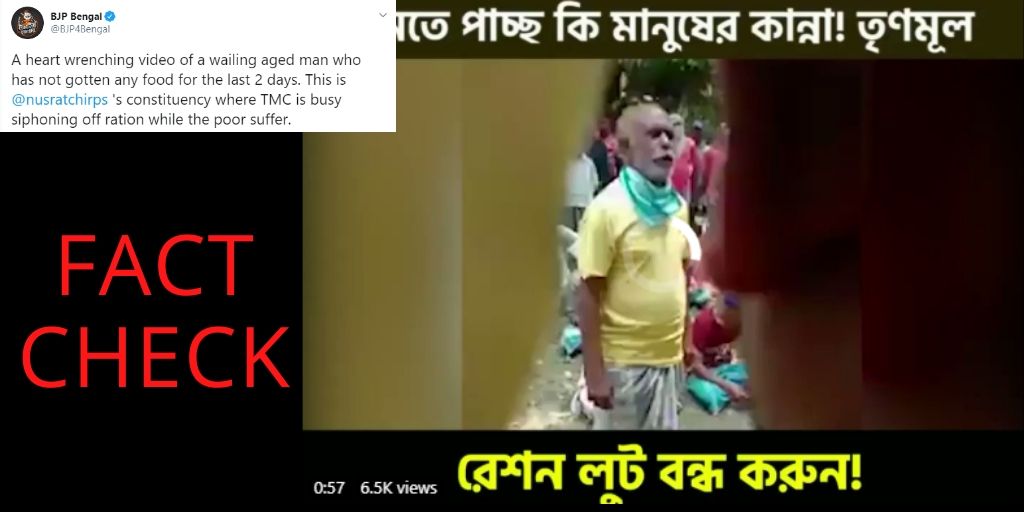 The video shared by BJP Bengal showing a poor man pleading for food is a propaganda video. Bengal police have clarified that man seen in the video is a local theatre artist and also released a video where the man reveals that he was asked to put off the act.

On April 17, the official Twitter handle of BJP West Bengal shared a video claiming that a poor man in West Bengal is pleading to state's CM Mamta Banerjee for food. The video with a caption, "A heart-wrenching video of a wailing aged man who has not gotten any food for the last 2 days. This is @nusratchirps's constituency where TMC is busy siphoning off ration while the poor suffer." In the video, BJP Bengal also tagged Trinamool Congress MP from Basirhat Nusrat Jahan. 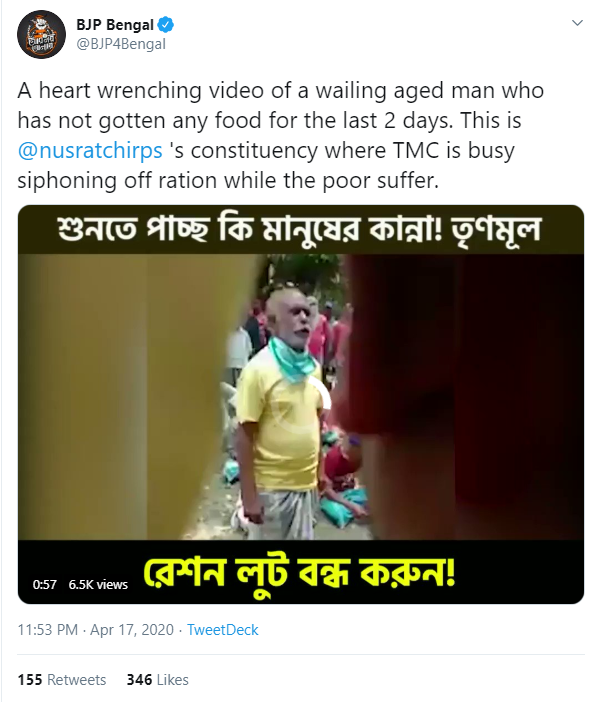 After this video came out, Bengal police refuted BJP's claim and clarified that the man seen in the video is a local theatre artist. Police also informed that the man has a digital ration card and he received ration on 2nd April 2020.

West Bengal Police tweeted, "Jatra artist in North 24 Parganas made to enact this fake information on the ration issue in Bengal. He has a digital ration card and he received ration on 2nd April 2020 Culprits will be arrested Stay Safe Stay Responsible." 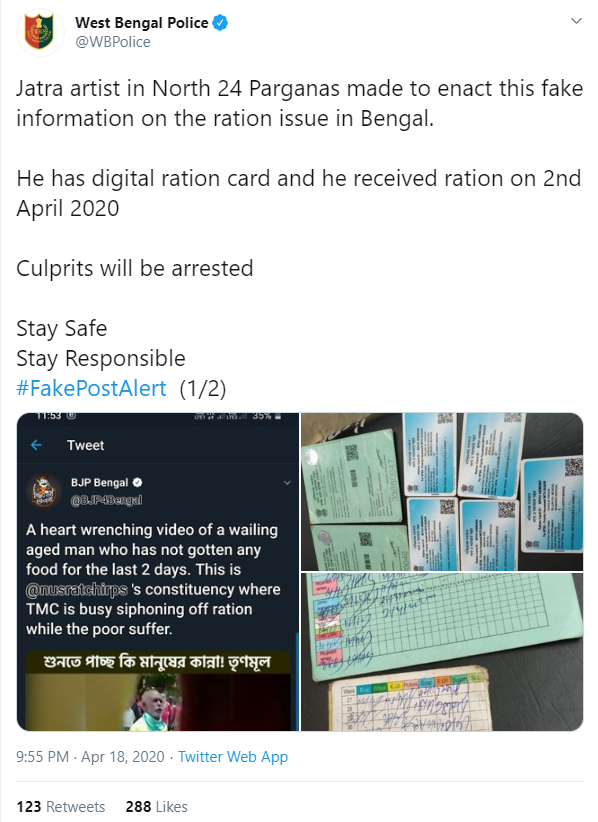 Bengal police also posted a video of the same person where he revealed that he was asked by a group of men to put off the act. The video was shared with a caption, "Jatra artist telling the truth." 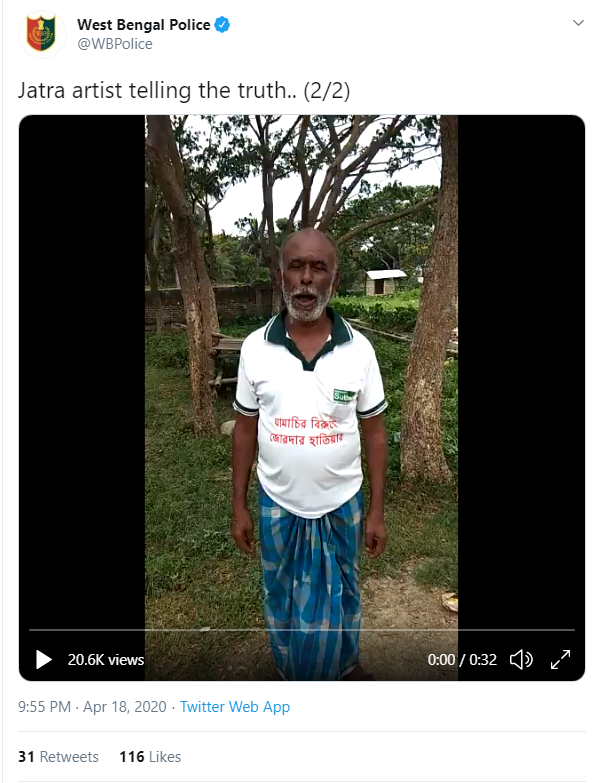 In the video, the man is saying, "I am a Jatra actor. Some youngsters told me to show them how I would enact a starving man during the lockdown. When I did, they recorded and posted it on the Internet." (Translated)

According to an India Today report, the man seen in the video is a cycle van puller who also took part in Jatra or local theatre in his area. After a villager filed a complaint against the video alleging that it is a fake video, the police arrested two people.

In conclusion, the video shared by BJP Bengal showing a poor man pleading for food is a propaganda video. Bengal police have clarified that man seen in the video is a local theatre artist and also released a video where the man reveals that he was asked to put off the act.