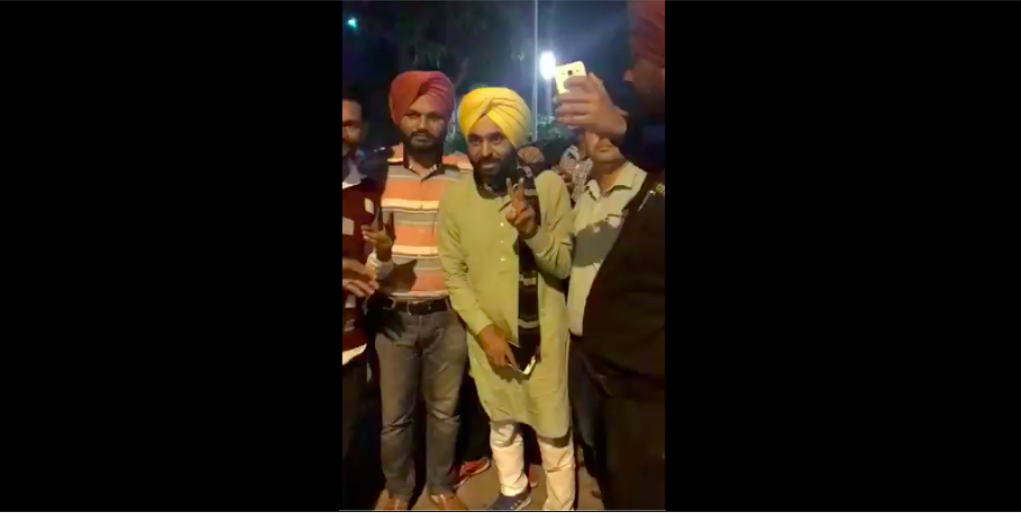 Gaurav Goel, who is the state president of BJYM, Chandigarh tweeted shared a video of Bhagwant Mann in a drunk state with a caption: "Does @BhagwantMann do a favour to the public by giving up Alcoholism. Is it a joke..Really?? Maan Saab, there is a limit to befool people who support you. Enough of dirty & idiotic politics in punjab..Stop it now. #kejriwalbluffs #Punjab #BJP4India @ArvindKejriwal @DrKumarVishwas". 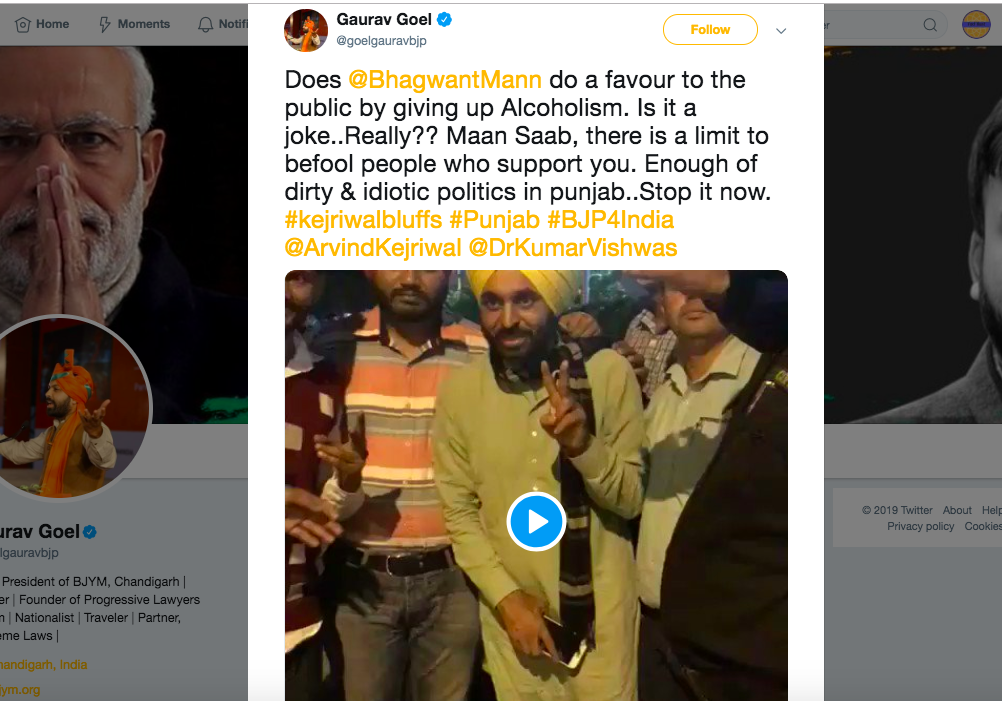 From the tweet, it seems that Gaurav Goel is trying to point out that Bhagwant Mann who had announced about leaving consumption of alcohol in January this year was caught drunk recently.

We searched on Google with a keyword "Bhagwant Mann drunk" and found several reports about Bhagwant Mann in a drunk state. As per India Today's report dated Oct 26 2015,  drunk AAP MP Bhagwant Mann was heckled by villagers outside a Gurudwara in Faridkot.

In 2016, MP Harinder Singh Khalsa complained to Lok Sabha Speaker Sumitra Mahajan about stinks of alcohol from Bhagwant Mann and requested for the change of his seat.

We also found the exact video tweeted by Gaurav Goel which was uploaded on Youtube on 3rd Mar 2017.

Since the video was uploaded in March 2017 after Punjab election, it can't be a recent one.

Earlier in January this year, While addressing a rally in Punjab on Sunday, Bhagwant Mann had announced that he has taken a vow to never consume liquor again. Arvind Kejriwal, who was also present at the rally, praised Mann for this, saying this is a big sacrifice.