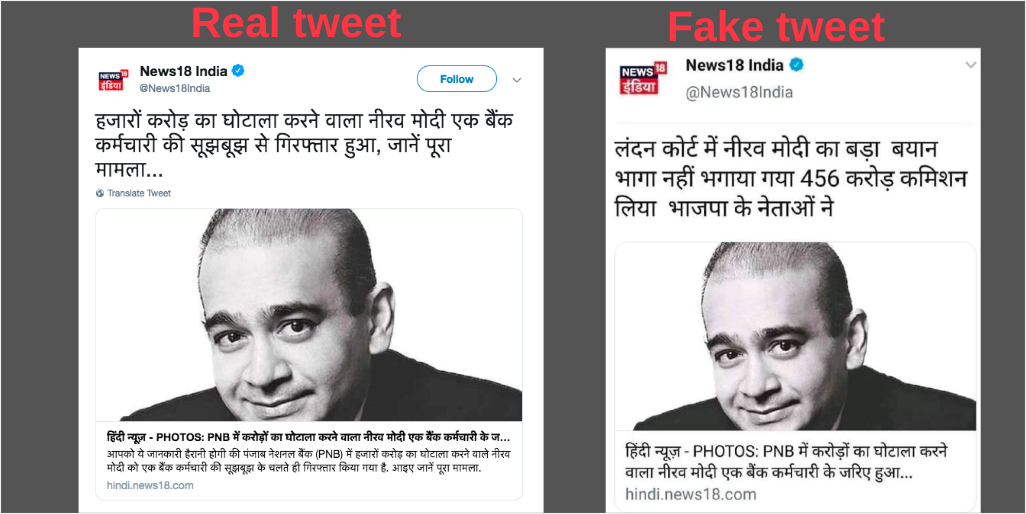 A Facebook page "Ravish Kumar - The Reporter" shared the screenshot of a tweet by News18 India with the headline that Nirav Modi has stated in a London Court that he didn't run but he left India after paying 456 crore commission to BJP leaders who helped him in leaving the country. 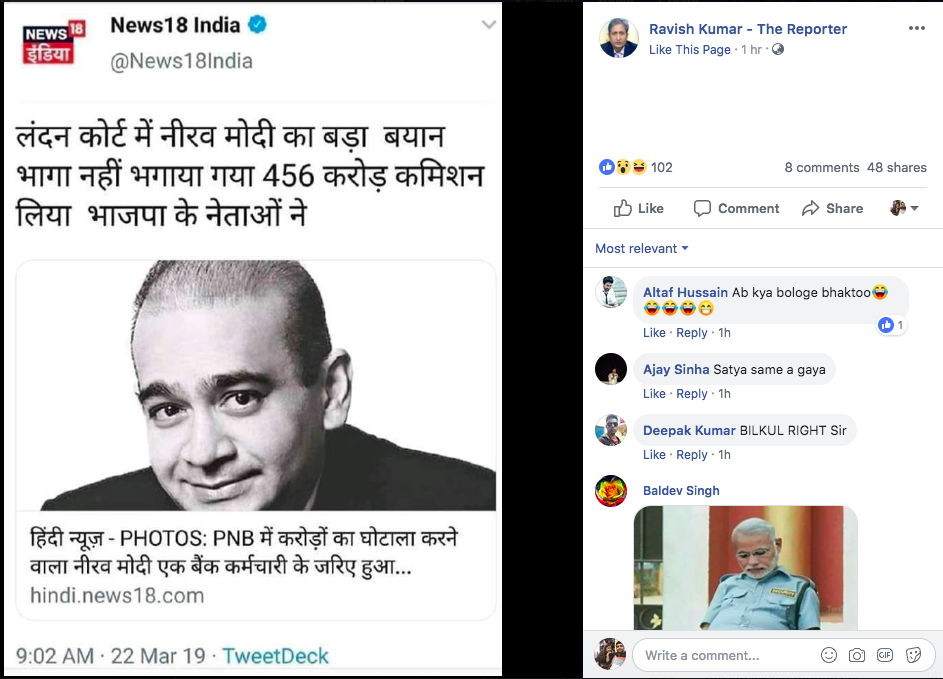 Nirav Modi is the main accused in the USD 2 billion PNB scam case and was arrested in London recently. The arrest came days after a London court issued an arrest warrant against him in response to a request by the Enforcement Directorate for his extradition in a money laundering case.

"Nirav Deepak Modi, (Date of Birth 24.02.71), was arrested on behalf of the Indian Authorities on Tuesday, 19 March, in Holborn," the Metropolitan Police said in a statement.  "He appeared in custody at Westminster Magistrates' Court on Wednesday, 20 March"  as reported by Economic Times.

He was denied bail and will be under arrest till March 29 as reported by ET.

The tweet's screenshot shared by the Facebook page is in the name of News18 India (@News18India) so decided to check the recent tweets by the handle and found this tweet. The tweet's caption reads "Nirav Modi who did scam of thousands of crores was arrested due to the intelligence of a bank employee. Read the full story". 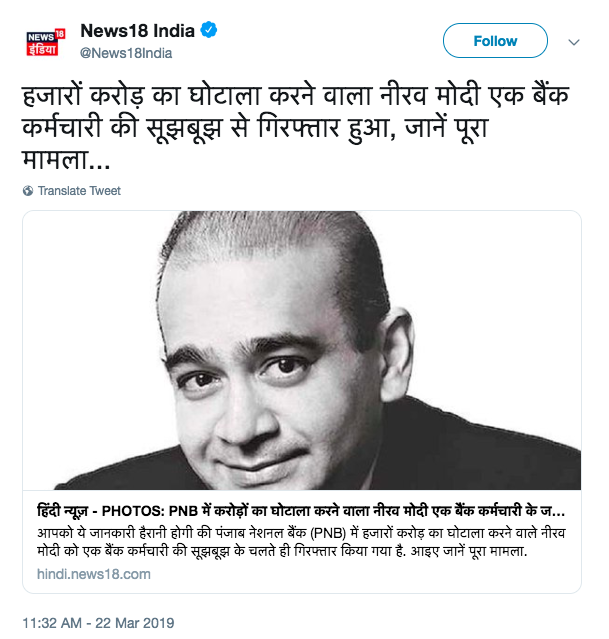 As one can clearly see that the link and images shared in the tweet is same but the caption has been changed to give a false narrative.

No, Nirav Modi didn't say in the London court that he paid Rs 456 crore commission to BJP leaders who helped them in leaving India. The tweet's screenshot is fake.