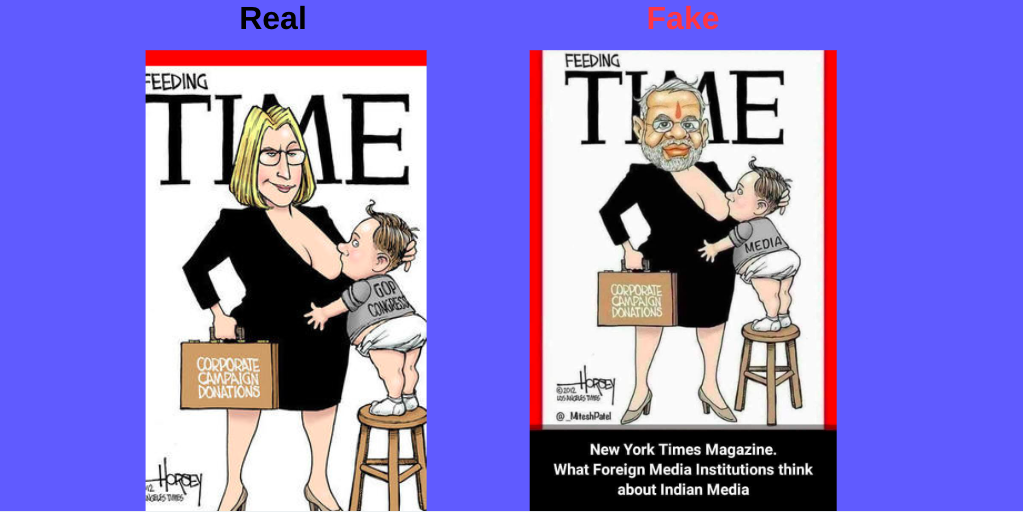 Cricketer turned politician Kirti Azad tweeted the cover of Time Magazine in which PM Modi can be seen breastfeeding media. He claimed that this is how one of the most reputed magazines of the world showed Indian Media.

"Waah Modi ji waah" One of the most reputed magazines of the world, has this to say about Indian media, how our Prime Minister @narendramodi breast feeds them. Isn't it true? @abpnewstv @CNNnews18 @IndiaToday @republic @TimesNow @aajtak @ZeeNews etc. @RahulGandhi 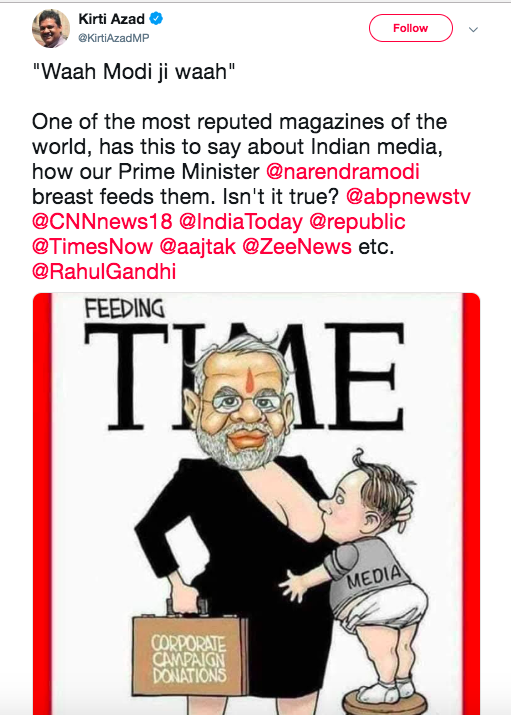 Many users pointed out that the cartoon is photoshopped and shared the real image. 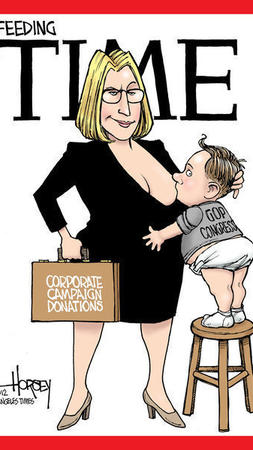 We searched for the image and found the image on Los Angeles Times with the headline "Republican Party suckles at the breast of Big Business".

We juxtaposed both the images and found that the image shared by Kirti Azad was photoshopped.

We also found the signature of Mitesh Patel at the left bottom of the image which is not there in the original image shared by The Los Angeles Times. It shows that the image was photoshopped by Mitesh Patel.

Mitesh Patel is a habitual offender who has been booked in the past for creating obscene cartoons. 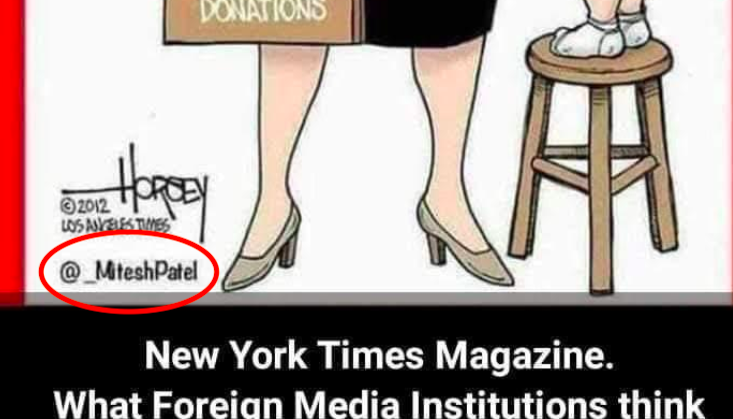 Kirti Azad was suspended by the BJP in 2015 as he went public with his criticism of his party senior, Union Minister Arun Jaitley, over alleged corruption in Delhi's cricket body DDCA at a time it was headed by him.