Many people on social media are trolling Randip Surjewala for defending Rahul Gandhi for calling a terrorist Masood Azhar jee. A Twitter user Team NAMO tweeted "Randeep Surjewala’s explanation on Rahul Gandhi’s Masood Ji comment.. If A=B , B=P & R=S then after taking Sonia G as operator..Rahul G said ‘Masood G’ not ‘Masood Azhar Ji’ Where ‘G’s are bad words & Sonia madam told him not to be abusive". To back his claim he shared the screenshot of a tweet from a handle which seems to be Times Now but is actually Tiimes How. 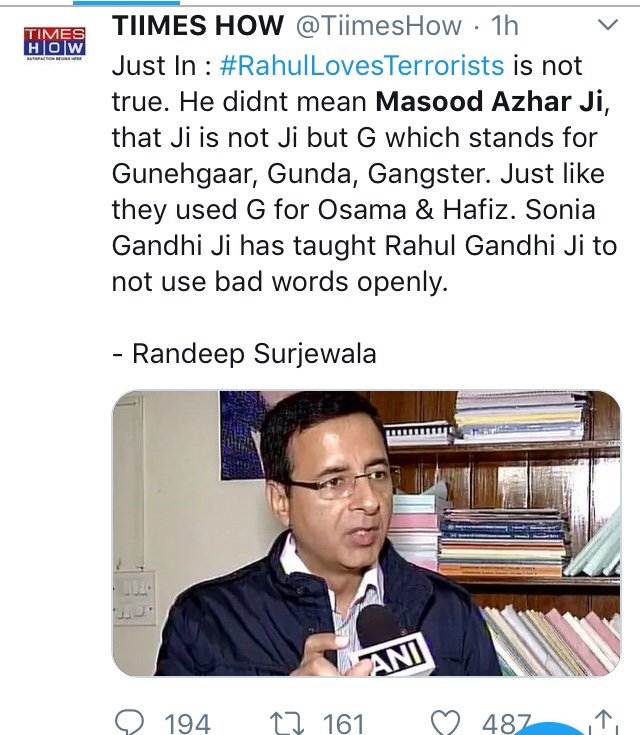 "Just IN: #RahulLovesTerrorists is not true. He didn't means Masood Azhar Ji, that Ji is not Ji but G which stands for Gunehgaar, Gunda, Gangster. Just like they used G for Osama and Hafiz. Sonia Gandhi Ji has taught Rahul Gandhi Ji to not use bad words openly - Randeep Surjewala."

Another user tweeted that Randip Surjewala will surely get Bharat Ratna for defending Rahul Gandhi if Congress wins the upcoming Lok Sabha election. 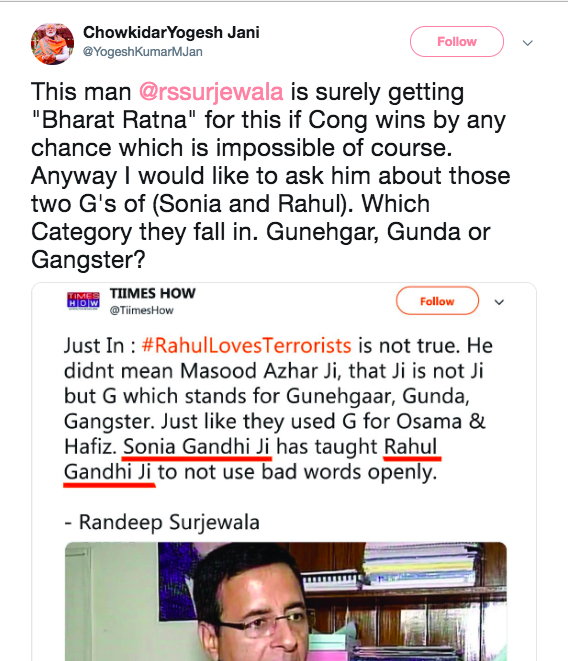 We found another user poking fun at the Congress leader based on this report. 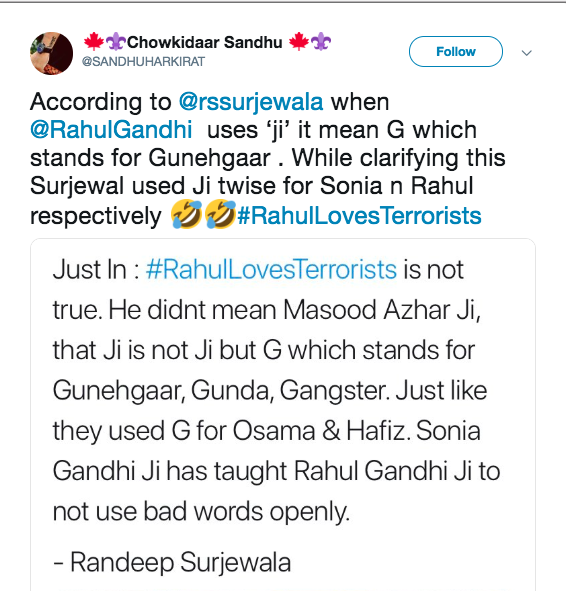 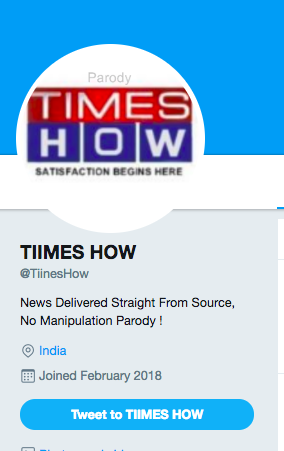 Since it is a parody account the quote of Randip Surjewala can't be trusted. To cross check, we searched if he has said anything remotely similar to what Tiimes How has tweeted but we couldn't find any thing.

In the past, we have warned people about sharing satirical posts as news. You can watch our video here:

The quote attributed to Congress Leader Randip Surjewala in the Tiimes How post is false since it was from a parody account.

Today there are hundreds of news satire websites and blogs online, which publish fake news in a format typical of mainstream journalism. In such satire article author makes fake quotes and attribute it to some leaders or celebrities. Indian social media users who are new to the online world often fall for such satirical news and share it as if it is real.

The other claim in the post that Rahul Gandhi used Ji for terrorist Masood Azhar is true. He reportedly used Ji for the terrorist during "Mera Booth Mera Gaurav" program in Delhi.