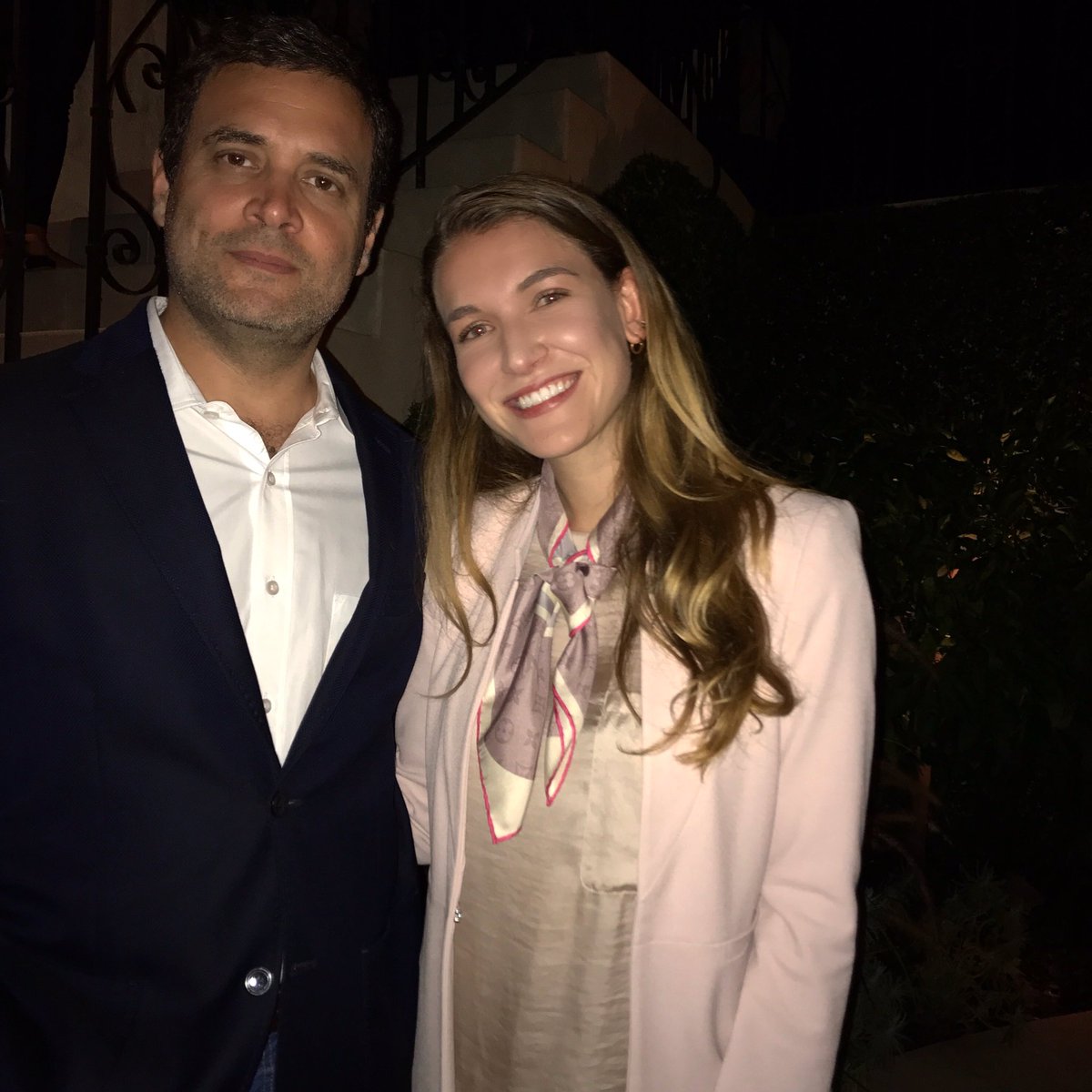 We did google reverse image search and found that it was an old picture and the woman in the picture is Spanish actress Nathalia Ramos. On September 14, 2017, she had tweeted her picture with Rahul Gandhi. 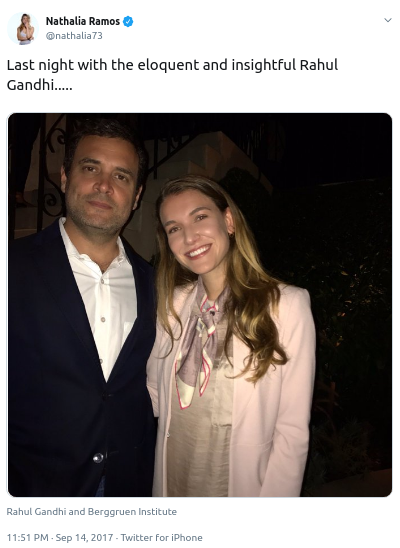 She had also posted the same image on Facebook with a caption "Last night with the eloquent and insightful Rahul Gandhi. I feel so blessed to have the opportunity to meet and listen to so many brilliant thinkers from all parts and perspectives of the world. It is only with an open mind and open heart that we can really make the world a better place. Thank you Berggruen Institute for opening mine. #IdeasMatter". 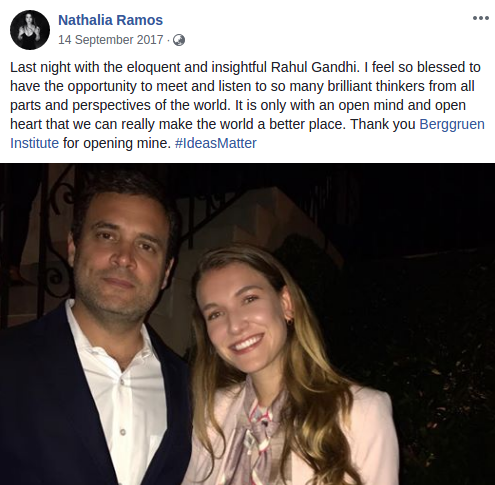 We looked for the events in Berggruen Institute, we were able to find a video of the same event which was attended by Rahul Gandhi. You can see the video below:

Notice the dress worn by Rahul Gandhi which is the same dress he is wearing in the picture shared by the Spanish actress.

Talking about the actress her full name is Nathalia Norah Ramos Cohen and she holds a US citizenship and played the character of Yasmin in the 2007 film Bratz, which was nominated for 5 Golden Raspeberry awards in 2007.

Her lead role as Nina Martin in the 2011 Nickelodeon television series House of Anubis is also well-known. She also made an appearance in the music video for Prima J’s single “Rockstar”.

The woman in the picture is a Spanish actress Nathalia Ramos and was clicked during an event in Berggruen Institute during Rahul Gandhi's two-week trip to the United States in September 2017.