Defence minister Nirmala Sitharaman’s daughter is not in army 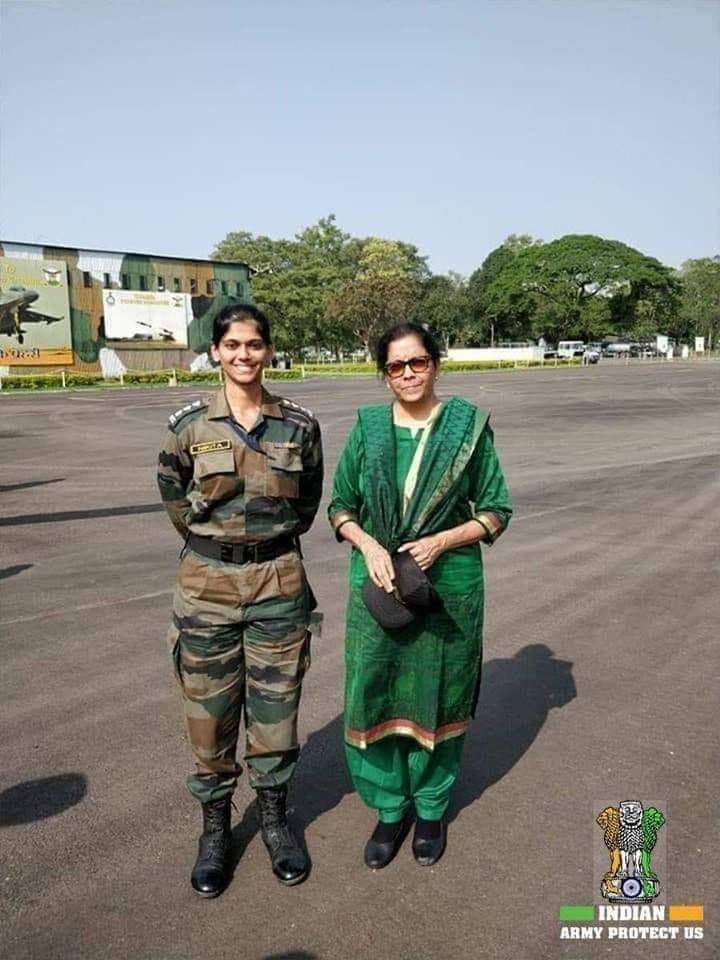 A picture of Defence Minister Nirmala Sitharaman standing with a female army officer is being shared on social media with the claim that the woman in uniform is the defence minister’s daughter.

A Twitter user Ashok claimed on Twitter that Nirmala Sitharaman is the first central minister whose son/daughter has joined the Indian army. 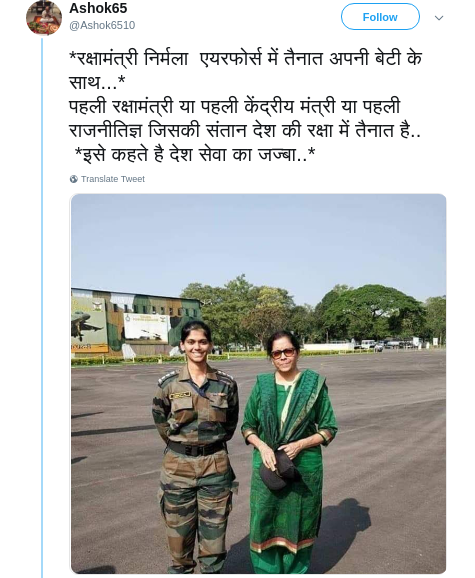 So, the user is claiming that the woman-officer dressed in military fatigue is Nirmala Sitharaman’s daughter. The similar claim has been made by several people on Facebook and it is being shared on Whatsapp as well. 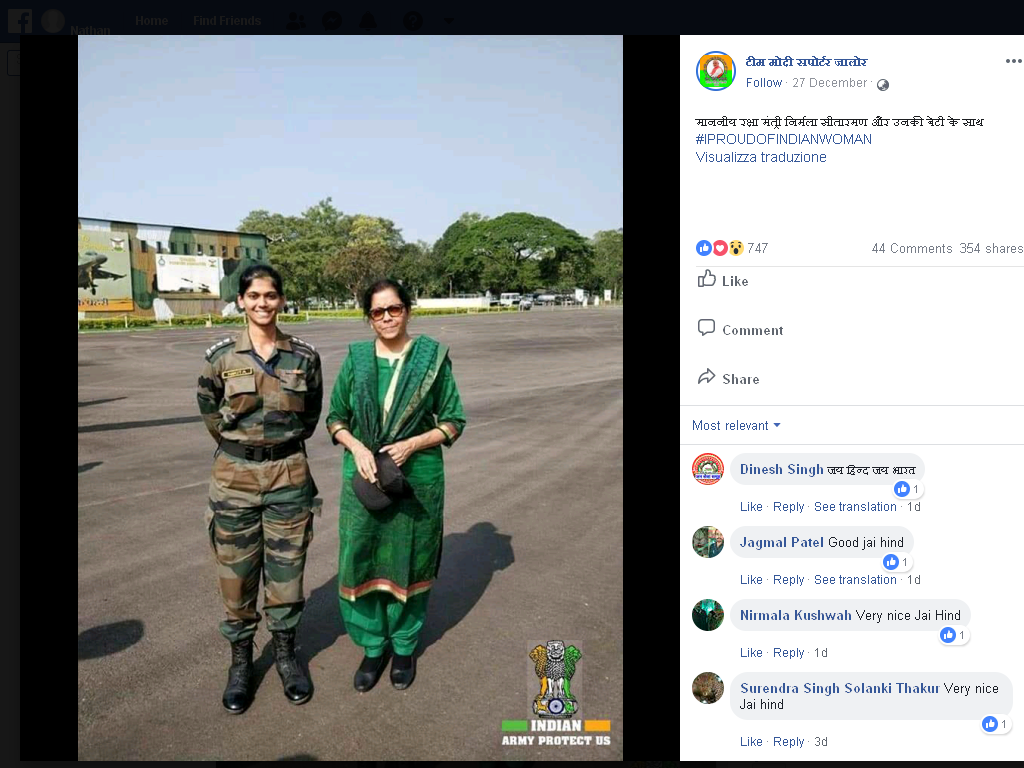 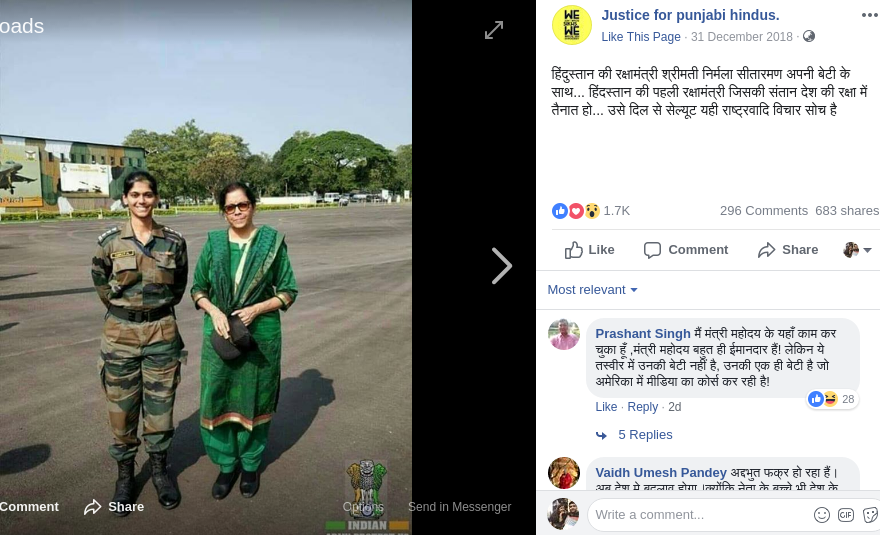 The Defense spokesperson has clarified through a tweet that the lady officer standing with the Defense Minister is not her daughter. The tweet reads "CLARIFICATION". This is the photograph clicked at the request of the Army officer appointed as the LO to the RM during an official visit. She is NOT the daughter of the RM as suggested in some social media platforms". 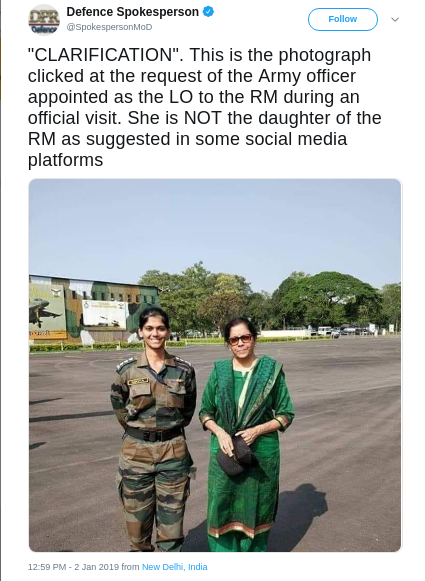 The image was first shared on 8th Nov 2018, when the defense minister celebrated Diwali with army officers.

When we searched online for Nirmala Sitharaman's daughter, we found that she has a daughter named Parakala Vangmayi. The declaration of assets (immovable and movable) filed by Sitharaman also reflects her daughter’s name as Parakala Vangmayi. Her daughter's name is listed as dependent children which means she is not employed yet. You can access her full declaration here.

We also found an image of Nirmala Sitharaman with her daughter.

Source of the image.

The woman officer in the picture

The viral claim was earlier debunked by Boom live, and they found that the officer in the photograph is Nikita Veeraiah.

The woman officer posing with the defense minister Nirmala Sitharaman is not her daughter. The officer's name is Nikita Veeraiah. Nirmala Sitharaman has one daughter whose name is Parakala Vangmayi and she is not an army officer.